Swiss glaciers "pulverized" all melting records in 2022, under the double effect of a dry winter and a wave of intense summer heat. Climate change is visible to everyone. 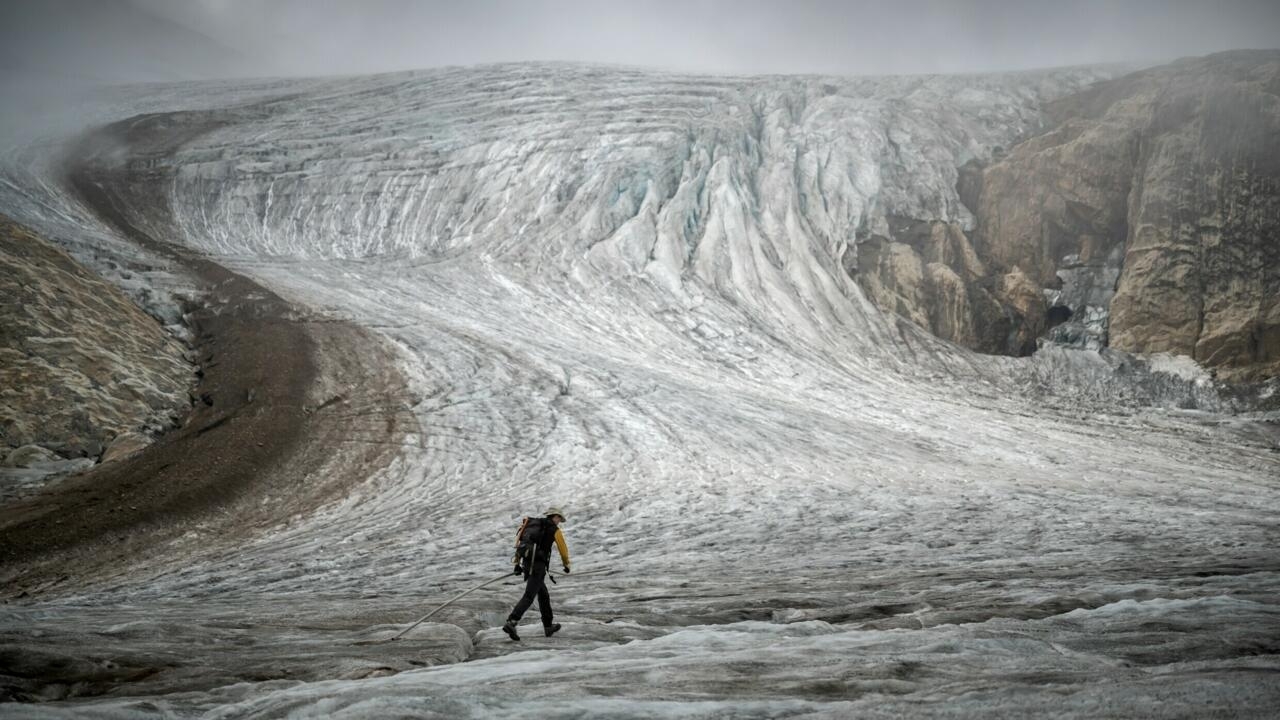 Three cubic kilometers of ice were lost, or 6% of the total volume of Swiss glaciers.

A loss of 2% in one year was previously considered "extreme", notes the Cryosphere Measurement Network Expert Commission of the Swiss Academy of Natural Sciences.

And it's going to get worse.

“It is not possible to slow down the melting in the short term”, explains to AFP doctor Matthias Huss, who is an authority on the subject and directs the Swiss Network of Glaciological Surveys (Glamos).

If we reduce CO2 emissions and protect the climate, "this could save around 1/3 of the total volumes in Switzerland in the best case scenario".

Otherwise the glaciers will have almost disappeared in Switzerland "by the end of the century", according to him.

In the spring, the depth of snow in the Alps had never been so low and sand dust from the Sahara came to soil the snow.

It therefore absorbed more heat, melted faster and deprived the glaciers of their protective layer of snow from the start of summer.

The ice was then subjected to the heat wave without its usual protective shield.

At the end of the summer, a tongue of land at the junction of the Tsanfleuron glacier and that of the Scex Rouge at a little over 2,800 meters, found itself in the open air for the first time since the time. Roman.

And in early July, the collapse of a huge block of the Marmolada glacier, the highest peak in the Italian Alps, left eleven dead and demonstrated the seriousness of the situation.

According to the report of the Intergovernmental Panel on Climate Change (IPCC) published in the spring, the melting of ice and snow is one of the ten major threats caused by global warming.

The little ones first

"The damage was catastrophic for small glaciers", underline the Swiss experts.

The situation is so degraded that the measures have been stopped.

At 3,000 meters above sea level, in the Engadine region in south-eastern Switzerland and in the southern part of Valais "a layer of ice 4 to 6 meters thick has disappeared, it is sometimes two times more than the maximum" recorded so far.

"Even at the highest measurement points, such as the Jungfraujoch (which culminates at almost 3,500 meters above sea level) we have been able to measure significant losses", insists the group of experts.

The phenomenon will go on accelerating, notes the report: "Observations show that many tongues of ice are crumbling and that islands of rocks appear in the middle of the glacier when the ice is not very thick. So many processes which further accelerate the degradation".

"These developments also show the importance of glaciers during hot and dry years for the supply of water and energy", explain the experts.

A crucial point for a country where hydroelectricity provides more than 60% of the country's total energy production.

"If in fifty years we saw the same weather conditions (...) the impact would be much greater, because in fifty years it is expected that the glaciers will have practically disappeared and therefore will not be able to provide 'water", underlines Matthias Huss.

The melting of glaciers also has less expected consequences.

It happens more and more frequently that hikers make a macabre discovery, the bodies being freed from the ice of which they were prisoners sometimes for decades or even centuries.

It can also be a boon for archaeologists who suddenly have access to objects that are thousands of years old.

Even more unlikely, the melting of a glacier between Italy and Switzerland has moved the border that runs along the watershed line there, forcing lengthy diplomatic negotiations.