Prophylaxis (hygiene and cooking of food) eliminates the risks, and "can rarely have serious effects". The zooprophylactic center for "Listeria monocytogenes" was born in Pisa in July 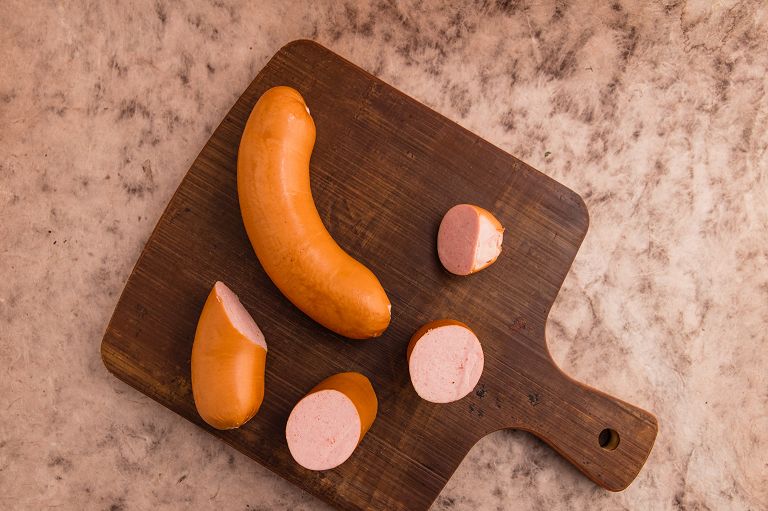 It is not dangerous if the food is cooked well, but in those at risk - such as the immunosuppressed - it can have fatal outcomes.

After the 3 deaths (and over 60 hospitalizations) caused by the microorganism which began last July, the conclusion of the study by the Ministry of Health which writes: "The attention of the Ministry remains high following the

, due to the contamination of food by the bacterium Listeria monocytogenes ", thus in a statement explaining how the" checks, carried out by the working group set up by the Ministry to deal with the spread, found a correlation between some of the clinical cases and the presence of the strain of Listeria ST 155 in wϋrstel based on poultry meat produced by the Tre Valli farm ".

The note is from a few days ago, and

The company has also issued a "reinforcing communication" of what has already been indicated on the products directly in the points of sale.

What is and where is the Listeria bacterium

"Listeria monocytogenes" - responsible for listeriosis - is a "

" bacterium, that is, it cannot be found only in food, but can be "present in soil, water and vegetation and can contaminate various foods such as milk, vegetables, soft cheeses, undercooked meats, slightly seasoned sausages ".

way of transmission for humans, however, is food

"It can rarely have serious effects"

"Healthy children and adults can be occasionally infected - they write to the Ministry of Health - but they rarely develop a serious disease unlike debilitated, immunosuppressed subjects and pregnant women where the disease is more severe".

Symptoms of the bacterium

They range from flu-like or gastrointestinal forms, sometimes accompanied by high fever up to - in subjects at risk - to evolution in septicemia, meningitis (in the most serious cases) or abortion.

On the other hand, it is very sensitive - that is, it is destroyed and rendered harmless - to the usual "domestic cooking temperatures" of food.

The note of the Tre Valli

company The "Tre Valli" farm has started the

The withdrawal, he explains in a note, concerns exclusively what was produced and remained on the market after the summer (identifiable with the CE IT 04 M stamp and expiration date up to and including 5 December 2022).

La Tre Valli also underlines that "the products subject to withdrawal are to be considered suitable for consumption, if properly stored and consumed after cooking, as indicated on the packaging on the label" and that

withdrawal "does not in any way affect all other products in business".

invites consumers to pay maximum attention to the correct methods of conservation, preparation and consumption of food, in the specific case of frankfurters, indicated precisely on the label on the package, which normally involve cooking before consumption.

The adoption of simple rules

of hygiene in the handling of food, even at home, in fact reduces the risk of contracting the disease.

your hands often, frequently clean all surfaces and materials that come into contact with food (utensils, small appliances, refrigerator, tea towels and sponges) -

Keep raw, cooked and ready-to-eat food in the refrigerator in separately and in

the food well following the manufacturer's instructions on the label

- Do not leave perishable

Listeria: in Pisa, the reference center

In July, the “Regional reference center for Listeria monocytogenes at the northern Tuscany territorial operational unit”, of the experimental zooprophylactic institute of the Lazio and Tuscany Regions "M.Aleandri" was born.

A provision created to increase interventions in the food safety sector.

The act was activated by the Tuscan council, because - so the region in a note - "In the context of foodborne pathogens, Listeria monocytogenes, the bacterium responsible for listeriosis,

constitutes one of the greatest risks for public health".