The deputy of the Popular Party Cayetana Álvarez de Toledo has criticized this Wednesday that the president of her party, Alberto Núñez Feijóo, does not want to be photographed with Vox and... 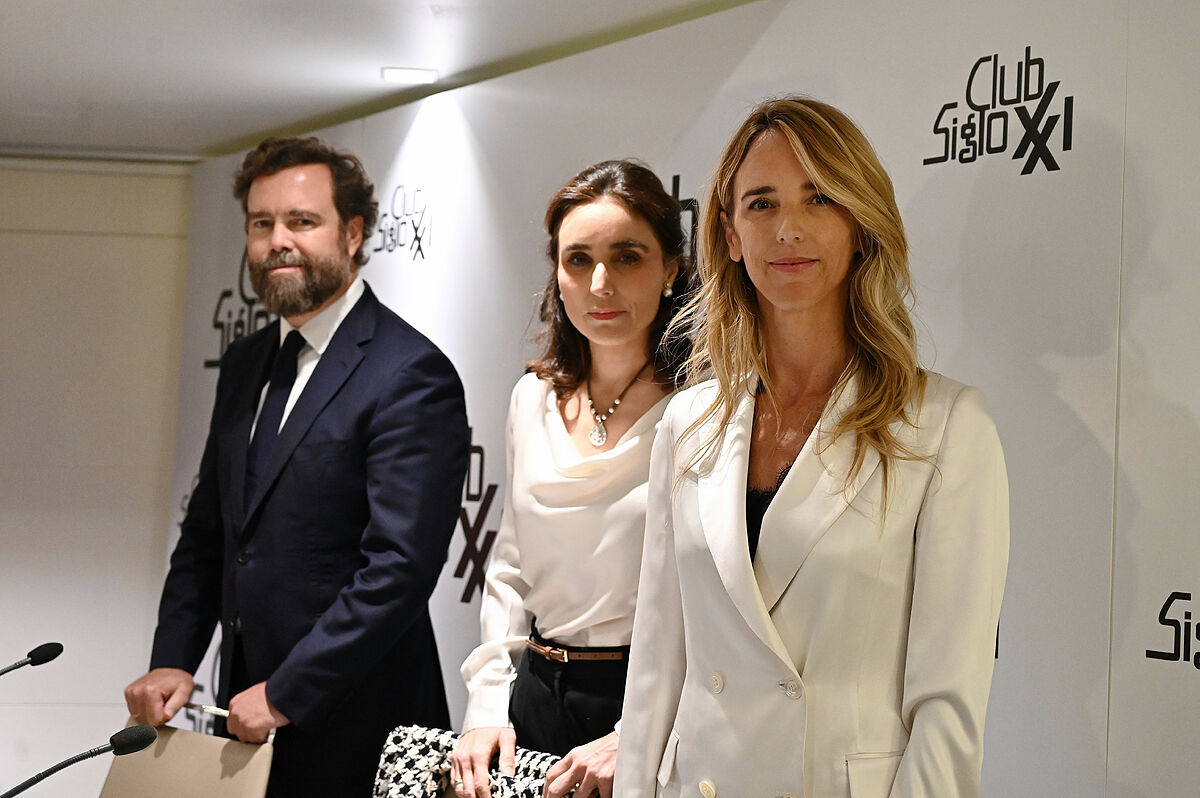 The deputy of the Popular Party Cayetana Álvarez de Toledo has criticized this Wednesday that the president of her party, Alberto Núñez Feijóo, does not want to be photographed with Vox and meets "secretly" with its leader, Santiago Abascal, but instead the

ones are "delighted "to have the votes of Vox to govern.

Álvarez de Toledo has been in charge of presenting

a conference by the Vox spokesman in Congress,

And although she has begun her intervention by assuring that she will not change parties, she has launched several criticisms of the PP and Núñez Feijóo.

The last one has been on the occasion of the meeting held last Thursday between the leader of the PP and Abascal, which has not transpired until six days later and of which there are no images.

"Some do not want to appear with Vox, be photographed with Vox or vote with Vox, but they are delighted to govern with Vox," the former parliamentary spokesperson for the PP has censored.

Along these lines, he has advocated "political cordiality" with Abascal's party.

On this matter, Espinosa de los Monteros has framed the meeting between Feijóo and Abascal as "normal" but has regretted that, once it was made public, the PP had tried to "justify" itself by revealing that its leader also had a meeting with the second vice-president of the Government, Yolanda Díaz.

?", he asked among his criticisms of the PP for having "resigned" from giving the "cultural battle" to the left.

Álvarez de Toledo and Espinosa de los Monteros have revealed that they became friends when they were both spokespersons for their parliamentary groups, especially during the pandemic, and have exchanged mutual compliments despite acknowledging the "differences" that separate them.

"He is an excellent parliamentarian, serious, solvent, ironic and elegant", Álvarez de Toledo has applauded about the leader of Vox, from whom, however, he has assured that other things separate him, such as "two melons", in reference to the winner of Italian elections, Giorgia Meloni.

Instead, he has praised his defense of the "rule of law", the Constitution or language.

"What is more cordial than demanding compliance with the law", he pointed out in reference to the demonstration held last week in Barcelona, ​​to which Núñez Feijóo did not attend.

, whom he has defined as an "intelligent" and "one of the most brilliant" spokespersons who "has never shied away from the debate of ideas."