Vox imposes a red line to approve budgets: "Either restrictions and fines are removed from label A and industrial vehicles or nothing"

From early in the morning, in the corridors of the Madrid City Hall there was curiosity to know what the announcement that had dropped early in the... 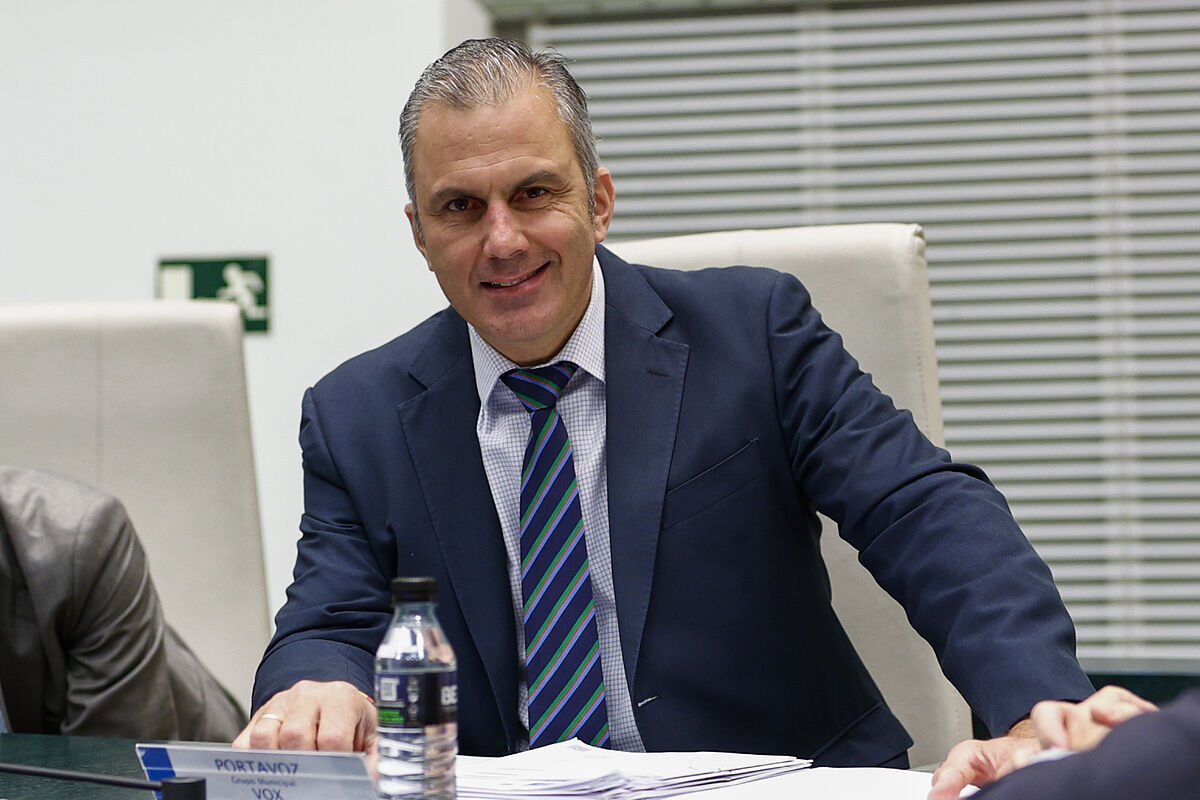 From early in the morning, in the corridors of the Madrid City Hall there was curiosity to know what the announcement that the Vox spokesman, Javier Ortega Smith

, had dropped early in the morning was going to be about

He did so before starting the plenary session every last Tuesday of the month.

Politicians of different persuasions tried to find out (unsuccessfully) what was going to be that bombshell that was being talked about in the huddles.

It was just after one in the afternoon when the Vox spokesman appeared in the courtyard of the Consistory, took the microphone and revealed the mystery.

"Either the restrictions and fines on vehicles with an A label and industrial vehicles are suspended or the mayor does not count on us to sit down to negotiate the next budgets," Ortega Smith maintained with a stern gesture.

"It is a red line and a sine qua non condition," he added in that long-awaited speech throughout the morning.

A pressure measure that caught the mayor himself,

(or Rodríguez-Almeida, according to the leader of Vox), by surprise, who unsuccessfully tried to find out what that enigmatic announcement from his partner at City Hall was going to be.

"The budgets for the year 2023 are essential and will allow the people of Madrid to save taxes, continue to maintain investment and continue to maintain public services. Whoever puts red lines to sit down to negotiate is because they want to sit down to negotiate," he replied almost The Madrid councilor immediately, from that same patio, away from the Plenary Hall, which had become an improvised epicenter of the day.

The budgets, with those May elections on the horizon, have become, logically, the plot line of political activity in the Palacio de Cibeles.

The objective of the municipal government is that the new accounts can be tied before being fully immersed in the month of November.

Hence, the Vox announcement caught everyone a little off the hook.

The focus on Plaza Elliptica

Ortega Smith's warning focused, for example, on the Special Protection Low Emissions Zone (ZBEDEP) of Plaza Elíptica, one of the pillars of Madrid 360. "The gesture of humanity, social and help in emergency situations It is the minimum condition to sit down to negotiate," argued the spokesman for Vox, who ironized with the nomenclature of Madrid 360, calling it "Madrid 360 days of fines."

Under the Crystal Gallery of the Palacio de Cibeles, Martínez-Almeida insisted on the impossibility of eliminating those restrictions and fines demanded by his partner, decisive in the 2020 budgets, when they said yes, and 2021, when they abstained.

"Legally it is impossible; he does it because he does not want to sit down to negotiate," insisted the alderman.

"Ortega Smith's choice is between being useful to people from Madrid with important budgets or being the crutch of the left in continuous wear and tear. There are no other alternatives," the mayor settled, turning his head, before sitting down again in his chair in the Plenary Hall.

Aware that the option of reaching an agreement with the Mixed Group is a utopia.

The countdown to tie the loop to the City Council's budgets has begun.

And with it, that game of mus de Vox, which was already hard to get a year ago, to squeeze the PP.

They will be the last accounts of Martínez-Almeida before the May elections.