The gas leakage crisis from Nord Stream .. Sweden and Denmark monitor powerful explosions under the sea, and Copenhagen speaks of a grave danger in the region

Europe rushed to investigate the possibility of an act of sabotage that led to sudden and unexplained gas leaks in two Russian pipelines under the Baltic Sea to transport gas from Russia to the European region. 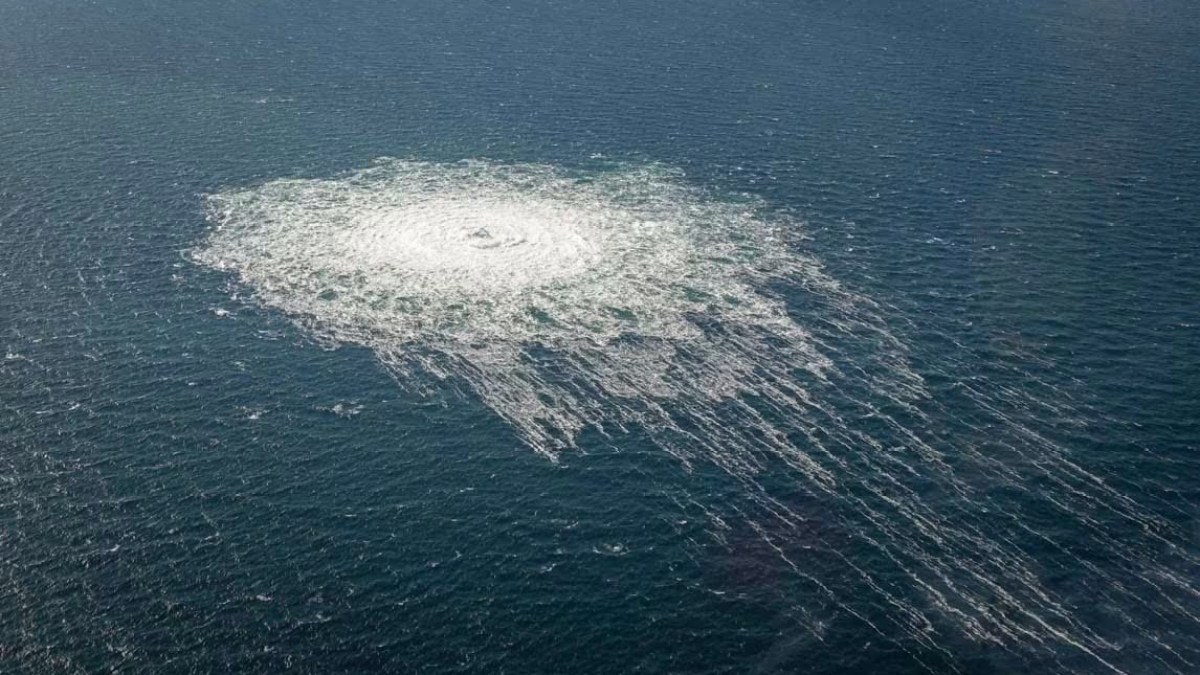 Europe rushed to investigate the possibility of sabotage that led to sudden and unexplained gas leaks in two Russian pipelines under the Baltic Sea that are part of an infrastructure network that has become the focus of a regional energy crisis since the start of the Russian war in Ukraine.

Polish Prime Minister Mateusz Morawiecki said that the leaks were caused by an act of sabotage, while the Prime Minister of Denmark said that this could not be ruled out, which was also indicated by Russia, which reduced its gas supplies to Europe in response to Western sanctions on its military operation in Ukraine, but still It is not clear who might be behind such a deliberate act, if proven, and what motivated it.

Germany also suspects that the Nord Stream pipeline system was damaged by an act of sabotage;

A German security official said the evidence pointed to an attack and not a technical problem.

The Swedish Maritime Administration issued a two-leak alert in the Nord Stream pipeline, a day after another leak was discovered in the nearby Nord Stream 2 pipeline, prompting Denmark to restrict shipping traffic and impose a navigation ban around the line. tubes.

Danish authorities said they had discovered 3 sites of gas leaks in Nord Stream 1 and Nord Stream 2, while crisis management teams in Denmark and Sweden were invited to discuss the situation.

And the Danish energy authorities announced today, Tuesday, that two leaks were discovered in Nord Stream 1 northeast of Bornholm Island in the Baltic Sea, and a third in Nord Stream 2 southeast of the island, noting that the gas leak affects the calmness of the sea water, and that there are An extreme security risk in approaching the area.

She pointed out that the occurrence of a leak in gas transmission pipelines is rare, which necessitated raising what is known as the level of readiness in the gas and electricity sector in Denmark to the color "orange", which is the second highest level.

The two lines are not working, which means that the accident will not affect gas supplies to Europe.

For its part, the Danish army announced, based on photos in its possession, that the three large leaks from the Nord Stream 1 and 2 gas pipelines in the Baltic Sea surfaced today, Tuesday, forming circles with a diameter ranging from 200 meters to a thousand meters.

The Danish army said in a statement regarding these leaks off the coast of the Danish island of Bornholm, that the leak that forms the largest bubble leads to the formation of circles on the surface "up to one kilometer in diameter. The smaller one forms a circle with a diameter of about 200 meters."

Sweden said it and Denmark had detected powerful undersea explosions in the area of ​​the Nord Stream gas leak.

The White House has indicated its willingness to support the Europeans after the gas leaks from Nord Stream 1 and 2.

The cause of the gas leak that was detected at two sites of the Nord Stream 1 pipeline, which connects Russia with Germany in the Baltic Sea, is not yet known, after a gas leak was announced in Nord Stream 2, according to the Danish and Swedish authorities announced today, Tuesday, which raised suspicions. About sabotage in the two non-operating lines due to the repercussions of the Ukraine war.

Crisis management teams are scheduled to meet in Denmark and Sweden to discuss the situation after the discovery of 3 leaks in the Nord Stream 1 and Nord Stream 2 gas pipelines, which extend from Russia to Europe via the Baltic Sea.

The Minister contacted her Danish counterpart, Jeppe Kofod, and remote meetings are scheduled for this evening.

"I don't want to speculate about (what happened)," the minister told the newspaper. "We have to be absolutely sure of what happened and how it affects our security."

In Denmark, Kofod said, after a meeting with the Parliament's Foreign Affairs Committee, that representatives of many government bodies met to discuss how to deal with the leak in the Nord Stream 1 and Nord Stream 2 gas lines.

These developments come after the discovery of 3 leaks in the two gas lines, two in Danish waters, and one in Swedish waters.

In the same context, the European Commission said today, Tuesday, that it is too early to speculate on the causes of the leakage in the Nord Stream 1 and 2 pipelines to transport gas from Russia to Europe.

"At this stage, it is too early to speculate on the causes...Member states are looking into the matter and we will remain in close contact with them, but it is not really a time to speculate," a commission spokesman told a regular EU press conference.

The spokesman added that the Commission is closely following the developments of the leak and does not see yet any impact on the security of supplies in Europe.

Although the two lines are not working, they still contain compressed gas.

On the other hand, Germany's energy regulator said today, Tuesday, that Berlin is working to provide more means to import gas from its European neighbors to compensate for the lack of supplies from the Russian gas pipeline.

"It's about diversification, we have to strengthen those links," said Klaus Mueller, head of the Federal Network Agency, during the Handelsblatt gas summit.

He added that more gas is coming from Norway, Belgium, the Netherlands and France, adding that this, along with energy savings and rapidly filling stocks, should make the industry particularly prepared for scenarios of supply shortages.