The Danish army announced, based on images in its possession, that the three large leaks from the Nord Stream gas pipelines 1 and 2 in the Baltic Sea surfaced on Tuesday, problematic circles with a diameter ranging between 200 and a thousand meters. 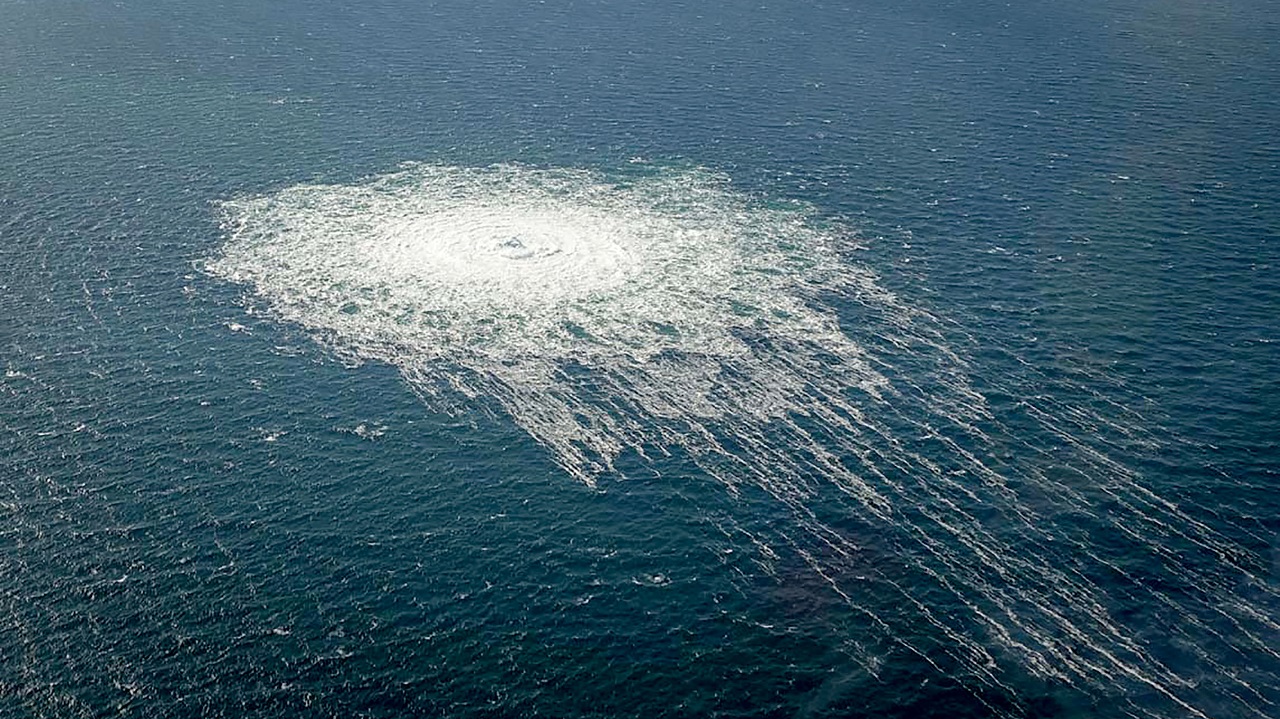 The Danish army announced, based on photographs in its possession, that the three large leaks from the Nord Stream 1 and 2 gas pipelines in the Baltic Sea surfaced on Tuesday, forming circles with a diameter ranging between 200 and 1,000 meters.

The Danish army said in a statement regarding these leaks off the coast of the Danish island of Bornholm that the leak that forms the largest bubble leads to the formation of circles on the surface with a diameter of up to one kilometer.

The smaller one is a circle with a diameter of about 200 metres.

It is not yet known the cause of a gas leak that was detected at two sites of the Nord Stream 1 pipeline linking Russia with Germany in the Baltic Sea, the day after the announcement of a gas leak in Nord Stream 2, as announced by the Danish and Swedish authorities on Tuesday, which raised doubts about Acts of sabotage in the two non-operating lines due to the repercussions of the Ukraine war.