The funeral of little Mattia, the parish priest: "He is among us. We would not have wanted to be here"

City mourning today in Barbara, Castelleone di Suasa, in the province of Ancona, and San Lorenzo in Campo (Pesaro Urbino) where Mattia lived with his mother. The activities will also remain closed at the funeral 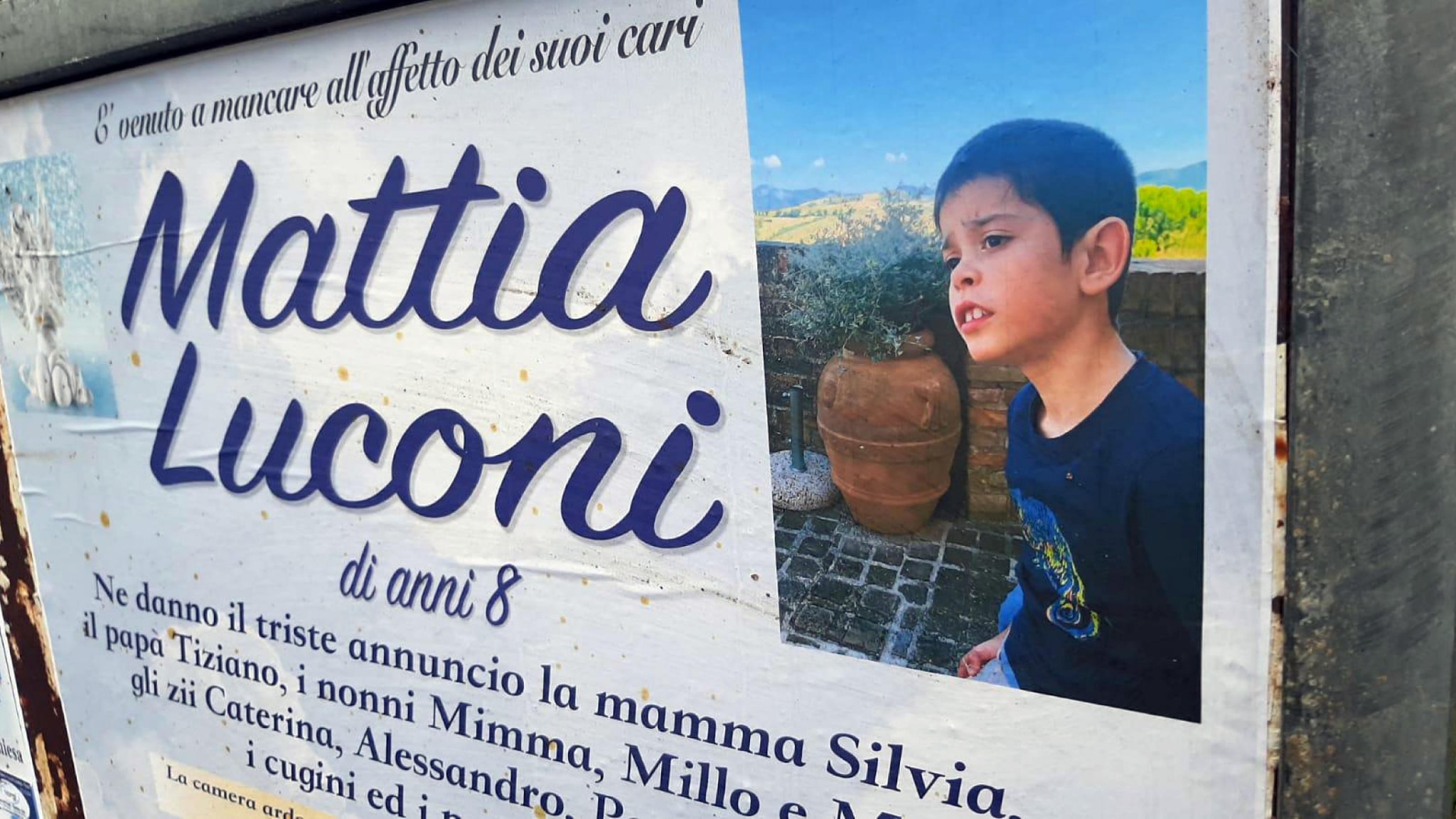 A beautiful serene image of little Mattia Luconi, in a blue t-shirt, with a splendid view of the hills of the area and a large earthenware pot with a plant inside.

It is the image to which the mother Silvia, the father Tiziano, and all the family members, entrusted the last farewell to the child, 8 years old, in the funeral poster that announced the funeral of the child in Barbara (Ancona), today at 15 in the church of Santa Maria Assunta.

"We would not have wanted to be here and live these dramas that are part of man's existence".

Thus Don Paolo Montesi opening the celebration of the funeral of the 8-year-old boy overwhelmed and killed by the flood on the evening of September 15.

In and around the church, many people who testify to their closeness to Mattia's family, moved but with great discretion.

"We ask the Lord to live this liturgy that we celebrate together so that the Lord helps us to continue to live our earthly existence intensely", the parish priest said, "with one heart and one soul alone".

"We are here to thank for the life of Mattia who is here among us".

City mourning today in Barbara, Castelleone di Suasa, in the province of Ancona, and San Lorenzo in Campo (Pesaro Urbino) where Mattia lived with his mother.

The municipalities also asked the activities to observe some closing hours in particular at the funeral.

So will the CraCra bar at Barbara's Shopping Center which will close at 2 pm: "Mattia when he was with his father Tiziano - Tina, the co-owner tells with great participation in mourning - they came here every day to have a snack. Mattia always took the tart, his favorite dessert, or pizza: he was a sweet, adorable child, we all loved him ".

Many obituaries express pain and closeness for both Mattia and Noemi, 17, also overwhelmed and killed by the fury of the Nevola waters in the Coste di Barbara area.

Among the messages of solidarity to Mattia's family, that of the "Binotti" Comprehensive Institute in Pergola, which Mattia attended at the Primary School of San Lorenzo in Campo: "Your smile - writes the school - will always remain in our hearts".

Mattia was with his mother Silvia, on that cursed evening of September 15: in the car they were overwhelmed by the flood of Nevola, Silvia had survived while the child had been dragged away and the body had been found 8 days later in a field in Trecastelli.

Meanwhile, the search is still for Noemi's mother, Brunella Chiù, 56, dragged away from Barbara that evening and still missing.