Tamino, pop and oud, "the instrument of the soul"

Praised for his early vocal performances, Tamino, a Belgian-Egyptian artist, returns to a more subdued register, between pop and oud, this "instrument of the soul", in an album where we meet Angèle... 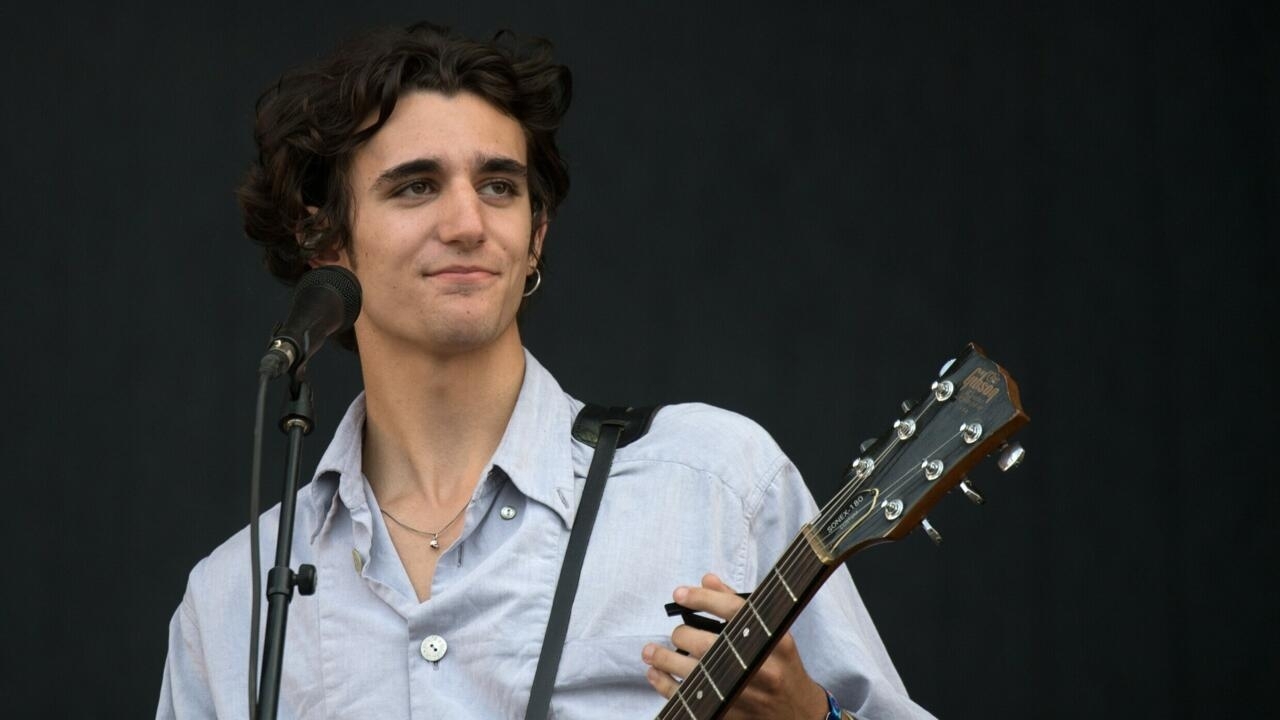 His first album "Amir" (2018), and in particular the song "Habibi", earned him flattering comparisons with the voice of Jeff Buckley and opened the doors to an international career.

At the time of the release (September 23) of "Sahar" ("Just before dawn", in Arabic), the 25-year-old young man, who sings in English, is also on tour between Canada and United States.

His European tour, which begins in November, is already sold out in Paris, Cologne, Berlin, Amsterdam, Brussels and a new date has been added in London.

Tamino opens his concert with one of his new songs, "A drop of blood", accompanying himself on the oud, this oriental lute, "instrument of the soul" as he describes it.

The instrument was already present in his first disc, but played by another musician.

This time he made it his own.

We can see him playing it in the clip for "The first disciple".

"As far back as I can remember, there has always been an oud not far away," he told AFP, from Toronto (Canada) by videoconference.

"My parents divorced when I was 3, and I didn't see my father for a long time, but he had left an oud, one end of which was broken, in the piano room at my grandparents' in Antwerp" , in Belgium, the city where he still resides.

"I started playing it a few years ago and for +Sahar+ I felt confident to play it myself on the record. The oud now serves me for writing songs, making arrangements, it's the instrument which I have played the most in recent years", continues the one who also masters piano and guitar.

"Sahar", captivating, marks a first turning point, far from the vocal flights of the first album.

"It's not a considered choice, it's the songs that led to their interpretation, and it corresponds to the album, introspective, which is not that of the great adolescent emotions at the source of + Amir +".

Her voice also blends perfectly with that of another Belgian star, Angèle, on "Sunflower".

Their paths are similar, almost parallel.

In 2018, Tamino, grandson of Egyptian singer Moharram Fouad, and Angèle, daughter of Belgian singer Marka, were part of the contingent of nuggets revealed at the Eurosonic pioneering festival in Groningen (Netherlands).

"Our first singles were released at the same time, we met a lot, we didn't really know each other, and a year and a half ago we were able to spend time in the studio", unfolds Tamino.

"And when I wrote + Sunflower + I thought of her to embody the female character".

He still says to himself "impressed by Angèle, in the studio she gets into the song immediately, whereas I need more time".

The luxury cast of "Sahar" is completed by Colin Greenwood, of the British group Radiohead, who has become a fellow traveler.

“Colin came to see one of my first shows a few years ago in Antwerp with mutual friends – which was already surreal – and then we talked long after the concert”, unfolds Tamino.

"He was so benevolent, I asked him a few days later to play on a song, on the first record, then he often joined us on stage".

Become almost a member of the group, "it would have been weird not to have him in the studio for + Sahar +, where he plays bass in seven out of ten songs", adds the singer-songwriter.

The Englishman will not join the singer on stage this time until 2023, requisitioned "this fall by Nick Cave, one of the greatest living artists" breathes in the passage Tamino.