NATO chief: Several nations or groups could be behind it

Several countries or groups may want to carry out sabotage against the gas pipelines Nord Stream 1 and 2. This is according to Arnold Dupuy, head of a research group within NATO that practiced hybrid threats in Sweden last week. - It could be groups that are against the Kremlin, perhaps from Ukraine or elsewhere. It could also be pro-Russian activists or staff. 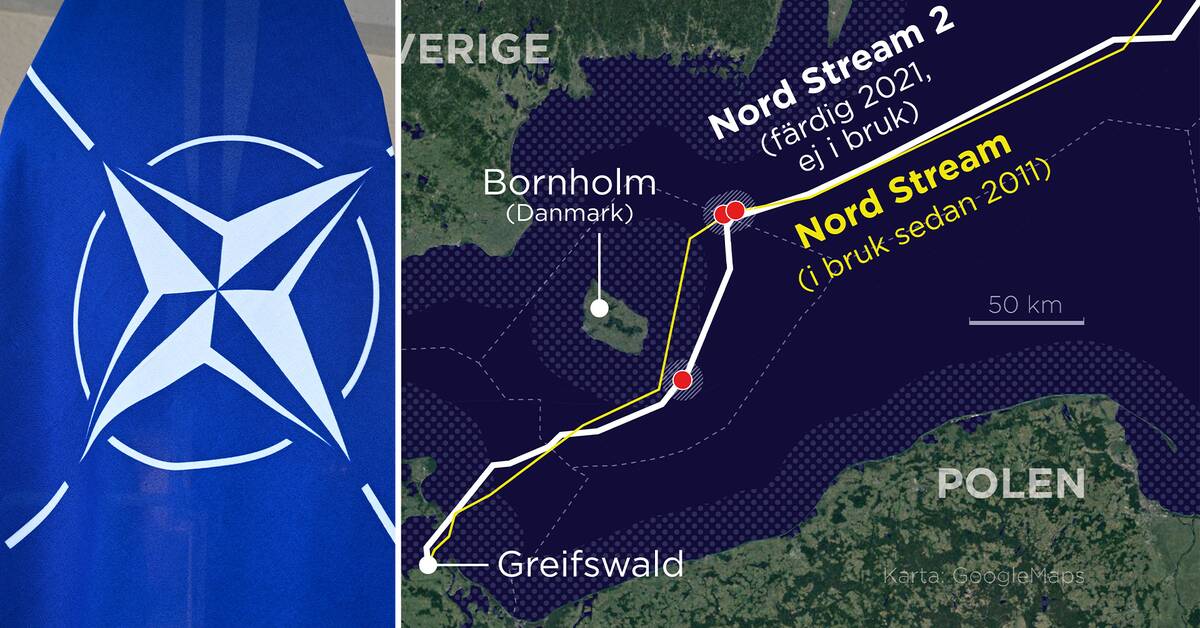 SAS-163 is a research group within NATO's STO department, the equivalent of Swedish FOI.

Arnold Dupuy is chairman of SAS-163, a systems analysis study that looks at hybrid threats to the energy supply.

He is commenting on the information about a suspected sabotage against the gas pipelines Nord Stream 1 and 2 that was discovered on Monday.

- I don't want to call it sabotage in this situation, but I think that is the term that is also used in the Kremlin.

It is quite unlikely that you have three leaks at the same time on two different gas lines.

It looks like a deliberate attempt to sabotage the gas lines.

During Tuesday evening, the governments of both Sweden and Denmark communicated that it is likely sabotage, but that there are no direct military threats against the two countries.

Arnold Dupyu points out several nations or groups that may be interested in attacking the two pipelines.

- I think many people would be interested in it, from different perspectives.

First, it could be anti-Kremlin groups, perhaps from Ukraine or elsewhere.

It could also be pro-Russian activists or staff who think this is a good way to continue to ensure that gas does not reach Europe.

However, the ability to carry out sabotage underwater with divers, manned or unmanned underwater vehicles is required.

The deeper a possible sabotage is carried out, the more advanced underwater capability is required.

- I guess anyone who has the ability to do underwater activity could have done it.

There are several organizations and groups that have that ability.

It may have been done via remote control.

But can't there be natural explanations like technical problems?

- That three different leaks happen at the same time is quite unlikely.

Maybe there is a reasonable reason why they happened at the same time.

He points out that the lines are probably constructed in a way.

- I think that the gas pipelines are well constructed by Western companies.

From what I understand they are mostly well maintained.

And having an underwater pipeline is nothing new, it has been around for years without various leaks occurring at the same time.