Learn about the services provided by the “NESK” platform, the new Saudi portal for Umrah pilgrims

The Saudi Ministry of Hajj and Umrah has launched the unified government platform “Nesk” to be the new gateway to Mecca and Medina, with the aim of developing the experience of pilgrims and pilgrims. 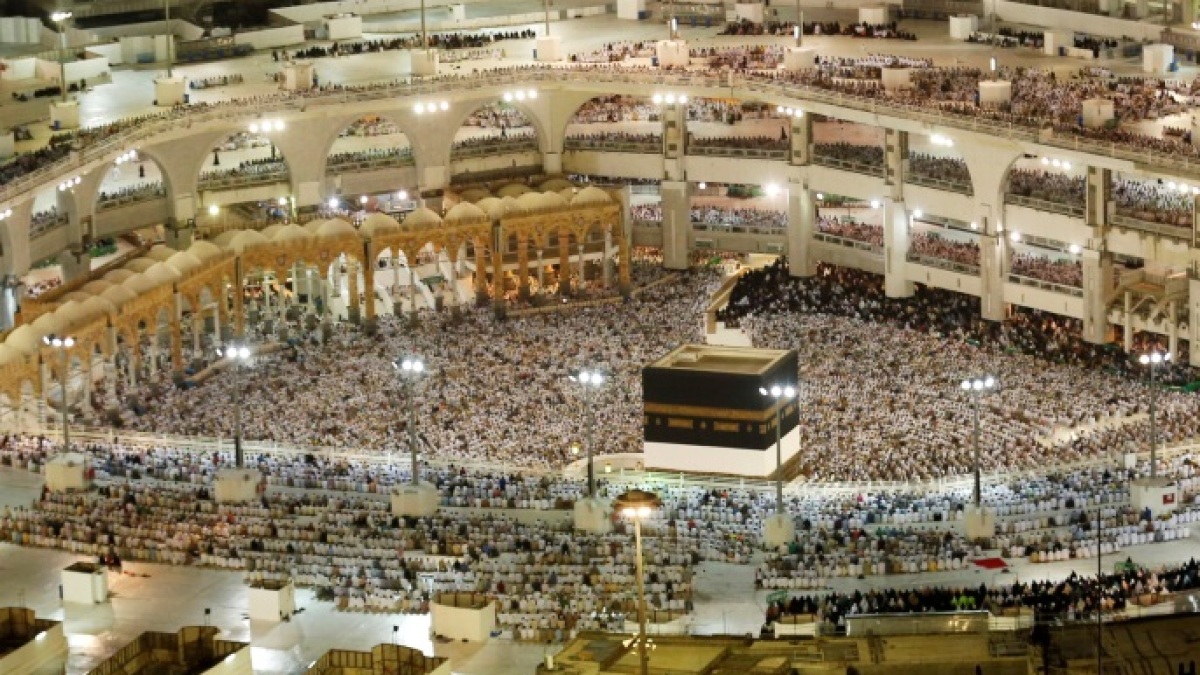 As part of the initiatives of the pilgrims service program, the Saudi Ministry of Hajj and Umrah launched the unified government platform "Nesk" to be the new gateway to Mecca and Medina, with the aim of developing the experience of pilgrims and pilgrims, and facilitating the procedures for their arrival from all over the world.

"NESK" provides a wide range of services and information to pilgrims and visitors that enable them to perform the rituals of Umrah easily and easily, and contribute to raising the level of quality of services provided, and enriching their religious and cultural experience.

"NESK" is launched in cooperation and partnership with the Saudi Tourism Authority, and is linked to the services provided on the "Spirit of Saudi Arabia", with the aim of enriching the journey of pilgrims, facilitating reservation and communication procedures, and offering various packages and programs to improve the experience of visitors to the two holy cities.

The “Spirit of Saudi Arabia” is an interactive platform under the supervision of the Tourism Authority, through which the tourist destinations in the Kingdom, landmarks, activities, live festivals, different cultures, public morals, dress codes, public behavior and all the rules specific to Saudi Arabia are known.

Launching the "Nesk" platform to facilitate the arrival of pilgrims to Mecca from all over the world 🌎🕋 https://t.co/EC724iUS6K# Mecca and Medina are waiting for you pic.twitter.com/U3vvTPGvVs

Nesk enables those wishing to perform Umrah or visit to issue the necessary visas and permits, and book packages and programs electronically, in addition to a range of other services that will be provided later, including interactive maps, a calendar dedicated to shows and activities, a digital guide for all instructions in several languages, information and health services, In addition to enabling service providers to offer their services electronically to pilgrims and visitors.

The "Maqam" platform will continue to allow the design of Umrah service programs until it is ensured that all its services will be transferred to "Nisk" at a later stage.

Tawfiq Al-Rabiah, Minister of Hajj and Umrah, Chairman of the Committee for the Service Program for the Guests of the Most Merciful, explained that “NESK” comes as an extension of the continuous efforts to improve the quality of services provided to the pilgrims using the latest technologies, and in integration with several government agencies to facilitate and facilitate procedures, and the performance of Umrah performers and visitors for their rituals with ease and ease, and with the aim of enriching their journey. Faith.

# The Ministry of Hajj and Umrah launches the unified electronic platform "Nesk" to facilitate procedures for visitors to the Two Holy Mosques. https://t.co/R1STja48XK# Was_Am pic.twitter.com/0jt9o9ydau

For his part, Ahmed bin Aqeel Al-Khatib, Minister of Tourism and Chairman of the Board of Directors of the Saudi Tourism Authority, pointed out the importance of “Nsk” as it comes within the framework of cooperation and integration between the Authority and the Ministry of Hajj and Umrah under the umbrella of the program to serve the guests of Rahman, to achieve the objectives of the Kingdom’s vision 2030, which is to facilitate the procedures of Umrah. And provide the best services to the pilgrims.

The launch of the unified government platform "NESK" comes days after the Ministry of Hajj and Umrah announced the possibility of self-submission for pilgrims coming from abroad, by choosing one of the Umrah packages via the electronic platform "Maqam".

Launches the "NESK" platform to facilitate the arrival of pilgrims to #Mecca 🕋, from all over the world 🌎.

This service ensures that a person finishes applying for Umrah within a few minutes and without assistance from anyone, given the great ease in dealing with requests, as well as their availability in different languages.

At that time, the Ministry of Hajj and Umrah identified a number of procedures that pilgrims must take in order to obtain the visa, the most important of which are: entering the electronic platform “Maqam” to choose one of the approved agents, then booking the required services, and obtaining a reference number for the visa application.

"Maqam" allows the possibility of obtaining an Umrah visa for those coming from outside the Kingdom, and choosing the package of services available on one of the approved electronic platforms. The platform connects all online travel agencies and service providers in the Kingdom, to offer their services to pilgrims and Umrah pilgrims from housing, transportation, catering, tourism programs, airline tickets, insurance and others through Global and local marketing platforms.

The successive electronic services launched by the Kingdom coincide with the provision of the Ministry of Hajj and Umrah - to those who have obtained all types of visas and those coming from all countries of the world for the purpose of tourism and visits - the ability to perform Umrah during their stay in the Kingdom, in addition to those coming to it who have obtained visas from the United States, the United Kingdom and the Schengen countries.