Today, the Dubai Corporation for Ambulance Services received the third and final batch of upgraded ambulances equipped with the best ambulance equipment and equipment, from the founder and chairman of the Al Habtoor Group, the Emirati businessman Khalaf Ahmad Al Habtoor, who had initiated the first batch, then 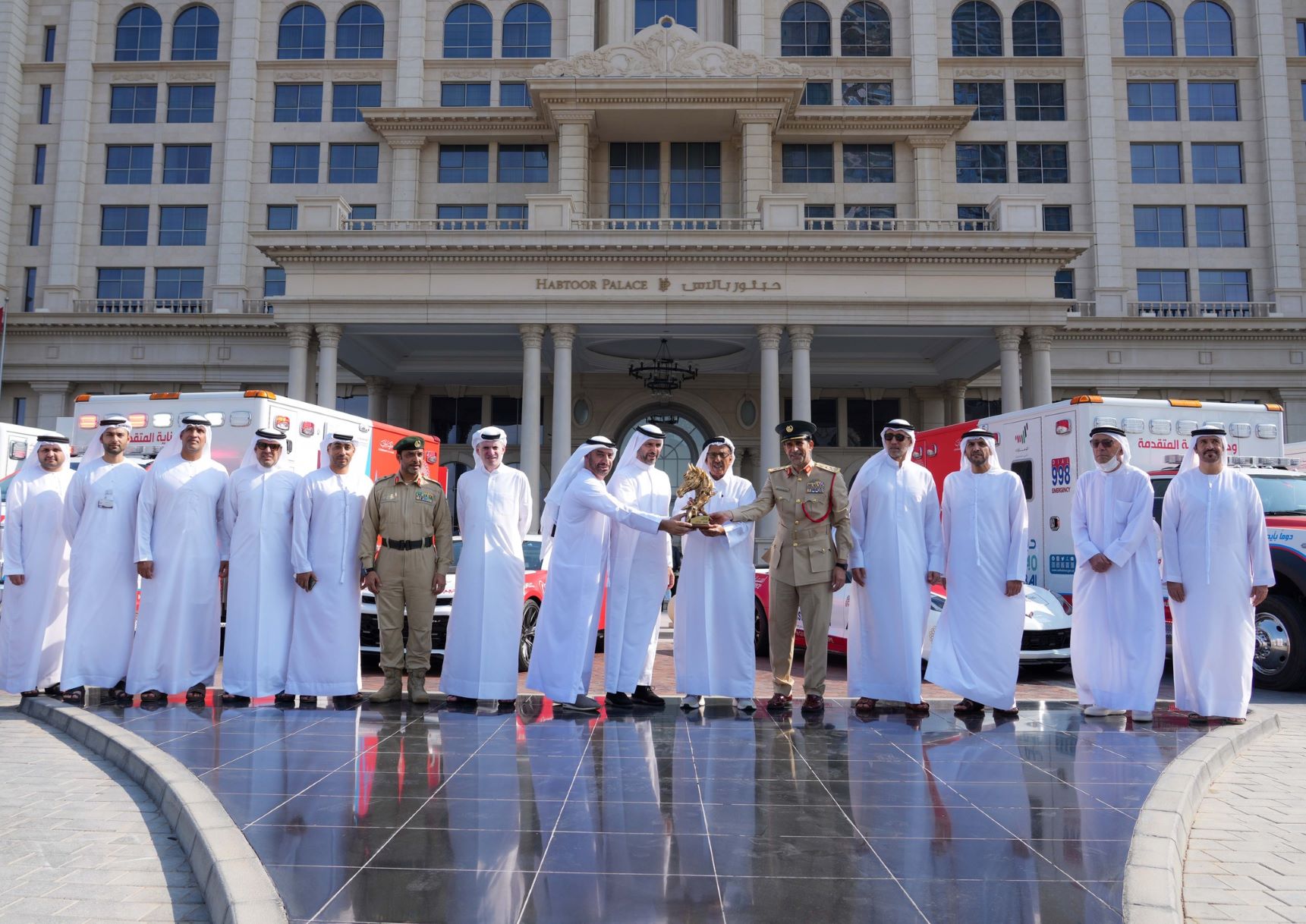 Today, the Dubai Corporation for Ambulance Services received the third and final batch of ambulances developed and equipped with the best ambulance equipment and equipment, from the founder and chairman of the Al Habtoor Group, the Emirati businessman Khalaf Ahmed Al Habtoor, who had initiated the first batch, and then the second, during the response to the Covid pandemic - 19 International, in support of the Al Habtoor Group, for the efforts made by the Dubai Health Authority and the Ambulance Foundation, to confront the pandemic, where the initiative included 50 modern ambulances, at a total cost of 23 million and 500 thousand dirhams.

Following the handover, His Excellency Awad Al Ketbi confirmed that societal contributions were strongly present, during all stages of addressing the Covid-19 pandemic, which reflects the spirit of solidarity and initiative, and the strength of the community partnership between all that is (governmental and private), in all circumstances and conditions, and also reflects The set of principles and values ​​that characterize the Emirati society.

His Excellency stressed that the UAE society is full of national institutions and personalities that support and participate in the implementation of many health initiatives and projects, believing in the value and importance of their role in the development process, especially those related to serving people and society, and the health sector in general.

Al Ketbi expressed the appreciation of the Dubai Health Authority, and the pride of the Dubai Corporation for Ambulance Services, for the support provided by businessman Khalaf Al Habtoor, and for the latest and best ambulances provided by the Al Habtoor Group, stressing that Al Habtoor is one of the most important influential figures in society, and the initiative in all situations, and that what His introduction to the health sector is no stranger to him.

For his part, Khalaf Al Habtoor said: "The UAE is a country of security and safety. It has succeeded in reaching the highest levels and achieving the greatest successes at all levels thanks to the people's solidarity with their leaders, and their sense of responsibility towards serving their country. Our country has proven its superiority in managing crises, and I am happy that we contribute to supporting The huge effort our children are making to secure our protection, and Dubai’s relief is at the heart of these institutions.”

For his part, Mishaal Abdul Karim Julfar said: We are proud of such distinguished national initiatives, represented in the developed group of ambulances, which were presented by businessman Khalaf Al Habtoor, pointing out that this initiative greatly enhanced the strength of the Dubai Corporation for Ambulance Services fleet, to be always the best.

Julfar expressed the appreciation of the "Assaaf" Foundation for the strong strategic partnership with the Al Habtoor Group, noting that the Foundation is looking forward to the continuation of this partnership and fruitful cooperation during the next stage.