After Russia ends referendums to annex 4 Ukrainian regions, what are its next steps?

In light of the annexation referendums organized by the pro-Moscow authorities in 4 Ukrainian provinces under Russian control, the annexation of these regions to the Russian Federation may be announced as of the end of the week. 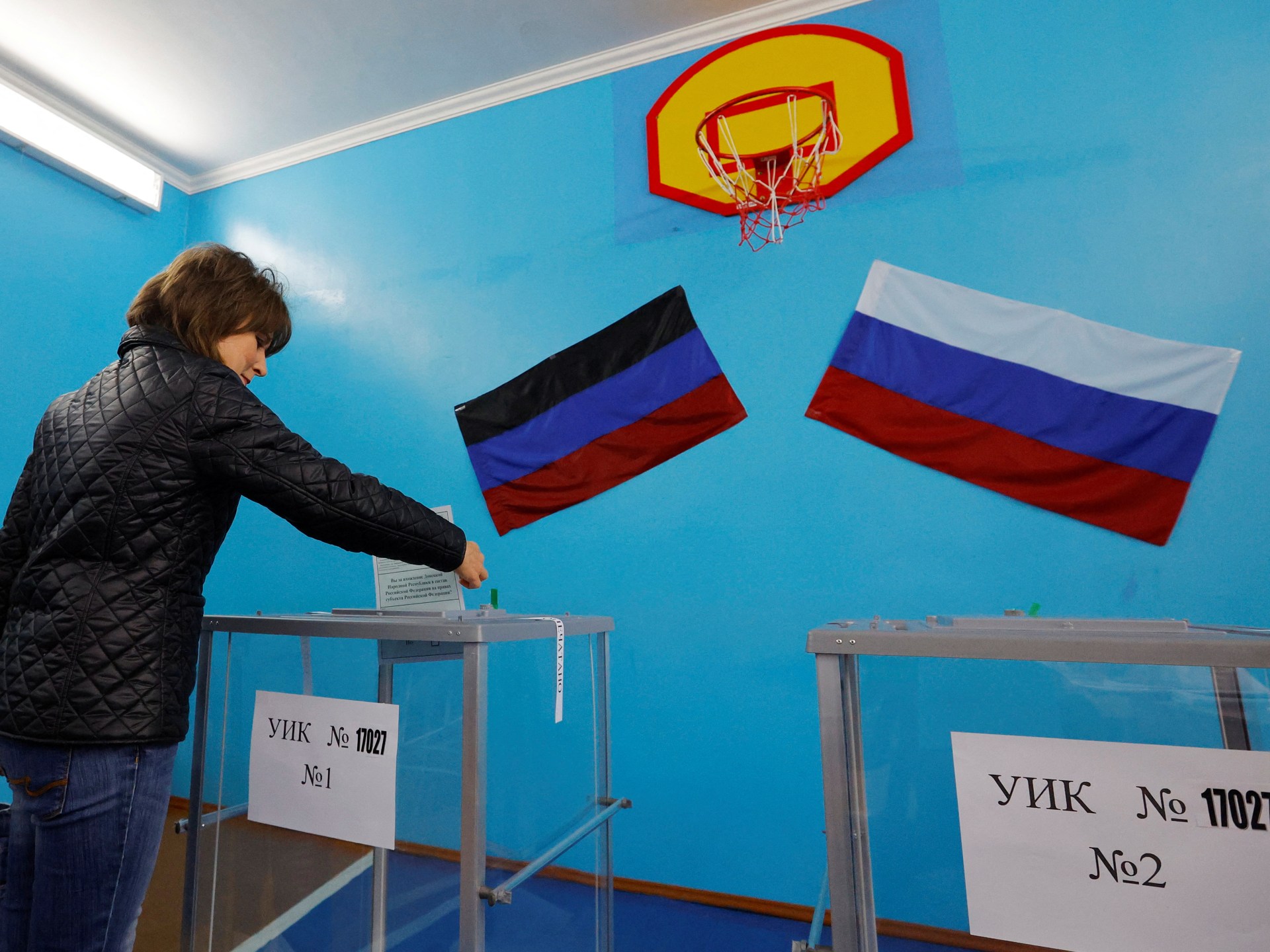 In light of the annexation referendums organized by the pro-Moscow authorities in 4 Ukrainian provinces under Russian control, the annexation of these regions to the Russian Federation may be announced as of the end of the week.

The following is the annexation mechanism that was condemned in advance by Western countries and Ukraine, according to Russian media, and based on the model of the annexation of Crimea in 2014.

Although Kyiv, Western countries, and a large number of observers consider the referendums currently being held in areas under full or partial Russian control "sham", Moscow adheres to respecting the formalities of a legitimate mechanism, and thus giving time to count the votes is essential.

It is expected that the "electoral commissions" - formed by Moscow in each of the four regions - will announce the preliminary results on Tuesday evening at the earliest or in the following days.

If the result is to support annexation to Russia - and this is a foregone conclusion - then the Russian Parliament will vote on a treaty legalizing the annexation of the four regions to Russian territory.

Citing parliamentary sources over the weekend, TASS and RIA Novosti news agencies reported that a bill in this direction may be referred to the State Duma (Russia's lower house of parliament) on Tuesday evening, before being adopted the next day during a special session.

State Duma Speaker Vyacheslav Volodin confirmed last Friday that he would "support" the annexation of the lands controlled by pro-Russians after the referendum, and the text is supposed to then be referred to the Federation Council (Russia's upper house).

The two Russian agencies said that this was a formality that could happen on Wednesday or the day after tomorrow.

In the wake of the parliamentary mechanism, Russian President Vladimir Putin may deliver a speech on September 30 in which he officially announces the annexation of the four Ukrainian regions, according to several Russian agencies.

Some media outlets talk about Putin's addressing parliamentarians who will meet in the Kremlin, while others talk about a speech he will deliver in front of one of the two houses of parliament.

And TASS news agency noted that members of the Federation Council were asked to conduct 3 tests to detect “Covid-19” in anticipation of an “important event” next Friday, in a strict health measure that people who meet the president in the Kremlin should undergo, but it is not excluded that he decides Putin speak before this date.

In 2014, Putin signed the treaty to annex Crimea to Russia, two days after the referendum organized by the Russian authorities on the peninsula, during a ceremony in the Kremlin even before the Russian parliament voted on it.