Air traffic resumed on Monday afternoon at Montpellier airport two and a half days after a cargo plane left the runway and a delicate operation to clear the damaged aircraft,… 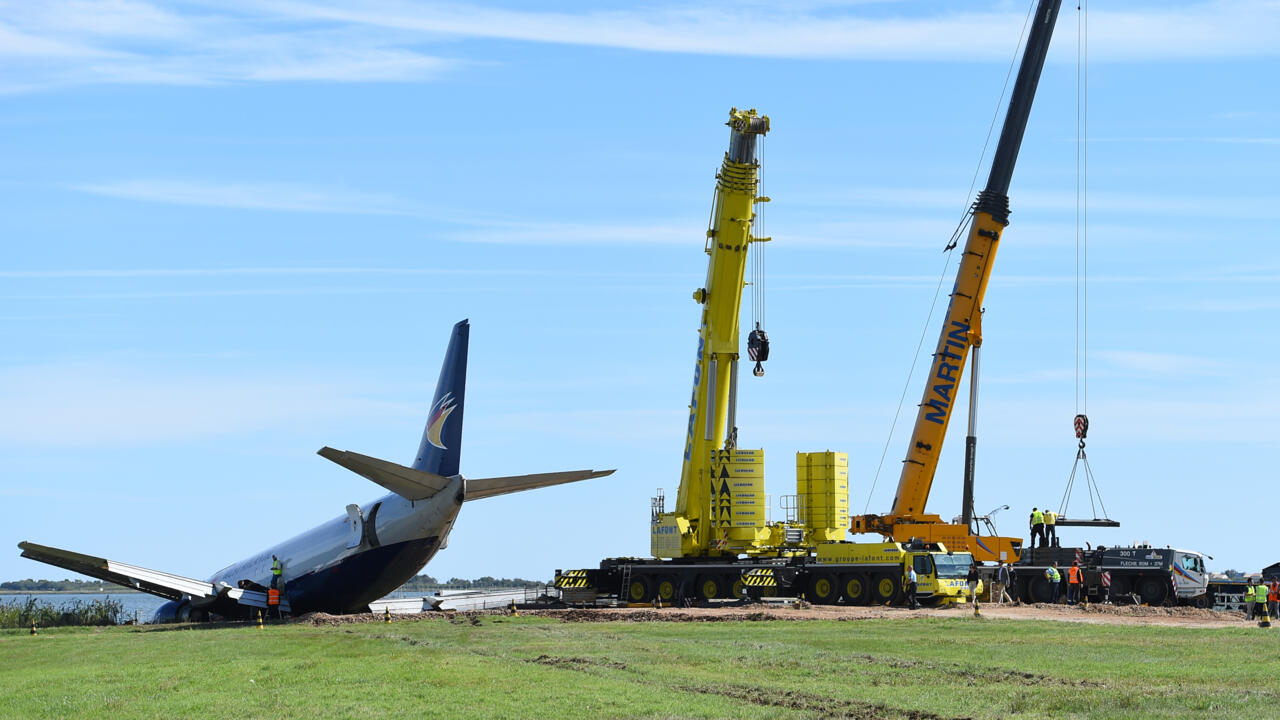 "Two and a half days will have been necessary for several hundred actors (...) to evacuate the damaged Boeing and create the conditions for the resumption" of traffic, underlined in a press release the company managing the airport located on the Mediterranean coast, in the south of France.

In the meantime, a hundred flights and "10,000 to 15,000 passengers" have been impacted by the closure of the airport, the boss of this airport platform, Emmanuel Brehmer, told the press.

Monday, "a first flight from Copenhagen landed at 1:30 p.m. (11:30 a.m. GMT). After him, all other flights not canceled, not relieved or not diverted by the companies will also resume", according to the airport which sees transit until to 197,000 passengers per month in the summer season.

"The ballet of arrivals and departures has indeed resumed," a spokesperson confirmed to AFP.

During the closure, the airline Air France-KLM had chosen to transport its passengers by coach to Marseille airport, 150 km away, while other carriers generally canceled their flights pending reopening.

The aircraft, a regular West Atlantic flight carrying mail and which landed every night at the same time on the Montpellier tarmac, ended its journey on Saturday at 2:36 a.m. in the Mauguio pond located at the end of the runway, the nose partially submerged.

The three people on board are unharmed.

Using two giant cranes, the plane had to be lifted, rotated, then towed to the tarmac to tow it to the edge of a hangar where it will remain immobilized for the duration of the investigation, depending on the direction of the airport.

It was then necessary to "auscultate the track, (to) be certain that this incident [has] no material consequences which could lead to an additional accident", also explained Emmanuel Brehmer.