On the ground, Russian forces flex their muscles in the face of Ukrainian pressure 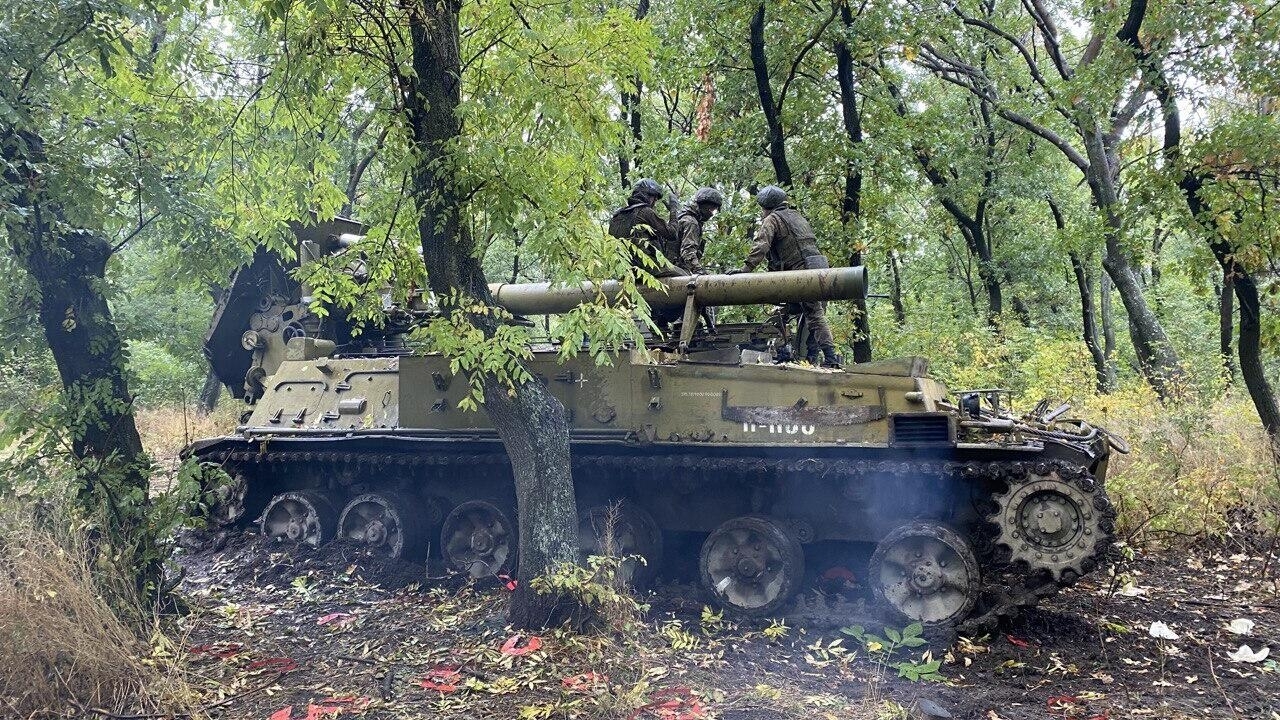 On the ground, Russian forces flex their muscles in the face of Ukrainian pressure

The 2SA self-propelled mortar has already been used in the war in Afghanistan.

Russians and pro-Russian separatists repeat that it is the West and the weapons they provide that prolong the conflict.

In this period when much is at stake on the military level, the Russian and pro-Russian forces are keen to show that they still have enough to withstand the shock.

From our special correspondent in Donetsk,

Distance from the center of Donetsk to the front line: ten kilometres.

When we approach the fighting, we discover some uncovered paved roads.

Some retirees sometimes travel there on bicycles or on foot with their shopping bags.

In parallel: trails in the woods.

Somewhere, hidden under the trees, one of the great prides of the Russian army: a giant mortar of Soviet origin, without equivalent in the world.

Rare in the field.

In front of you is the 2S4 "Tiulpan" system, the most powerful and one of the best self-propelled mortars in the Russian Federation.

At the moment we are working with impulse reaction missiles.

The weight of one missile reaches 300 kilograms.

Its range is up to 19 kilometers

Baptism of fire in Afghanistan, used in Chechnya to retake Grozny in 1999-2000, it is one of the very heavy weapons used in this battle of Donbass.

Using the remote control, the gunner grabs the mine, lowers it, throws it into the barrel and puts it in a marching or combat position

The giant Soviet-made S24 mortar, known as “Tulip”, here in a wood near Donetsk.

The count is started.

Impact, smoke and when the commander decides, in a few minutes, departure.

Even with the humidity and the first rains of September, the Tioulpan does not sink into the path.

But autumn, rains and low skies are coming.

A few more weeks of fighting which promise to be particularly violent, before the mud and perhaps the drop in intensity of the fighting.

In the meantime, the massive mobilization in Russia is in full swing, but these soldiers will not arrive on the ground for a while.

For their part, Moscow and the pro-Russian separatists repeat that it is the West and the weapons they provide that prolong the conflict.

Right now, the enemy is actively using the 155 caliber, and that's the artillery of NATO countries,"

are used, French self-propelled guns on wheels are used.

Moreover, the French cannon is for us one of the most dangerous because of its maneuverability.

Artillery, when towed, has a longer deployment time, you can hit it, but

is very maneuverable and for us it is difficult to fight.

Maybe if it starts to rain, it will become difficult for the Ukrainians to use their Western artillery, but they will try other means.

Maybe they will use tanks.

For example, the T-72 tank which is capable of firing at a distance of up to ten kilometers.

The center of Donetsk is just ten kilometers from the front line.

That is, they can very well do without artillery and use their tanks.