Mental health, "much more important than winning a gold medal" for Michael Phelps

Former American swimmer Michael Phelps, the most successful athlete of the Olympic Games, "travels all over the world" to warn about the mental condition of athletes, a mission "much more important... 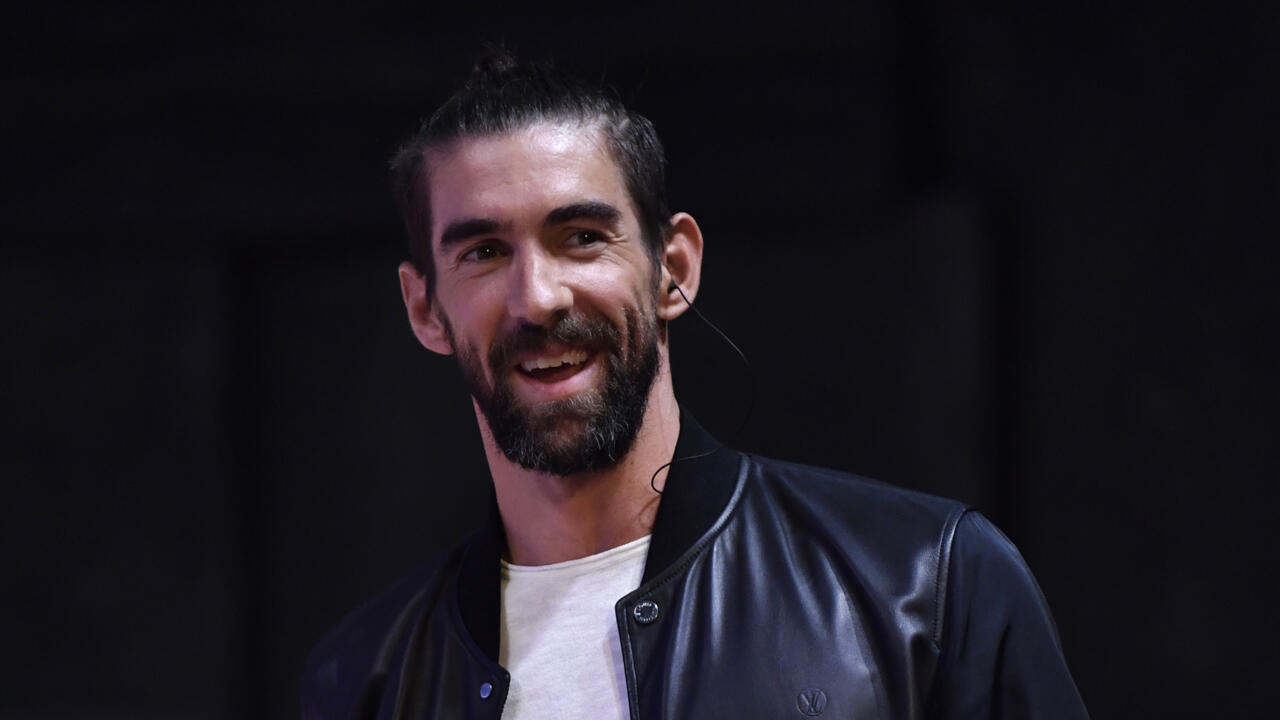 At 37, the "shark" from Baltimore has forged a new career far from the pools.

"I would rather have the opportunity to save a life than to win another gold medal," he told AFP during his visit to the Demain le sport forum in Paris.

After years of hiding his depression, Phelps is dedicating his new life to sports mental health prevention.

"Too many Olympic athletes have committed suicide. I don't want to lose a single member of my Olympic family anymore," he breathes.

Phelps began to suffer from depression in 2004 while competing in the Athens Olympics.

In Greece, the American had yet won eight medals, including six gold, the beginning of a harvest concluded at the 2016 Olympics in Rio de Janeiro, with 28 medals including 23 titles.

"Playing in competitions was my favorite thing. I was a shark, I smelled the blood in the water, and I kept going," he admits.

But at the time, Michael Phelps feared that admitting what he was going through would be seen as "a sign of weakness, and could give other competitors an advantage".

"I lived a period during which I did not want to live," he admits.

Involved in the production of the documentary "The Weight of Gold" on the mental health of athletes, Phelps hails Japanese tennis player Naomi Osaka and American gymnast Simone Biles for revealing their inner ills.

"I applaud Naomi. She expressed what she was going through on her social networks, in her own words. It's not the easiest thing to do," he explains.

"When you look at what happened with Simone Biles, she had to endure all of this during one of the most important moments of her career," adds the 37-year-old ex-swimmer.

"It shows how mental disorders come at unexpected times. It can happen like that," he said, snapping his fingers.

"We need more people ready to open up and share their experience," says the "shark" from Baltimore.

Now the father of three boys aged six, four and three, Phelps has a life that "never ends", with his wife Nicole.

"I travel the world, working with sponsors or giving motivational speeches."

"(Nicole) could tell you that there are days when I wake up and I feel great, and the next day I might wake up and be completely different, so it's really about finding balance for me" , he breathes.

In addition to his lectures, Michael Phelps "looks for ways to be himself, authentic".

"I swim. We built a gym in our garage. I write a journal."

Phelps retired in 2016, after a two-year career hiatus.

"It allowed me to make a transition to the next chapter (of my life, editor's note) which is now focused on mental health."

Regarding the possibility of starting a coaching career, Michael Phelps dismissed the idea out of hand, assuring that there was "no chance" that he was following in the footsteps of his former coach Bob Bowman.

However, he does not rule out the idea of ​​​​having a role within the American team or the International Swimming Federation (Fina), but "not now".

"A lot of things have to happen, there has to be change."

Far from the pools, Phelps nevertheless continues to follow swimming news, and says he is in favor of an "open category" for transgender swimmers.

“I believe there should be three classes: male, female and trans, to give everyone equal opportunities to compete,” he explains.