After ravaging the Caribbean, especially Guadeloupe, storm Fiona evolves into a hurricane and arrives in Canada in North America. Already on the Atlantic coast, the inhabitants are preparing for the arrival of Fiona and some already have no more electricity. The bad weather was described as "historic" by national weather services. 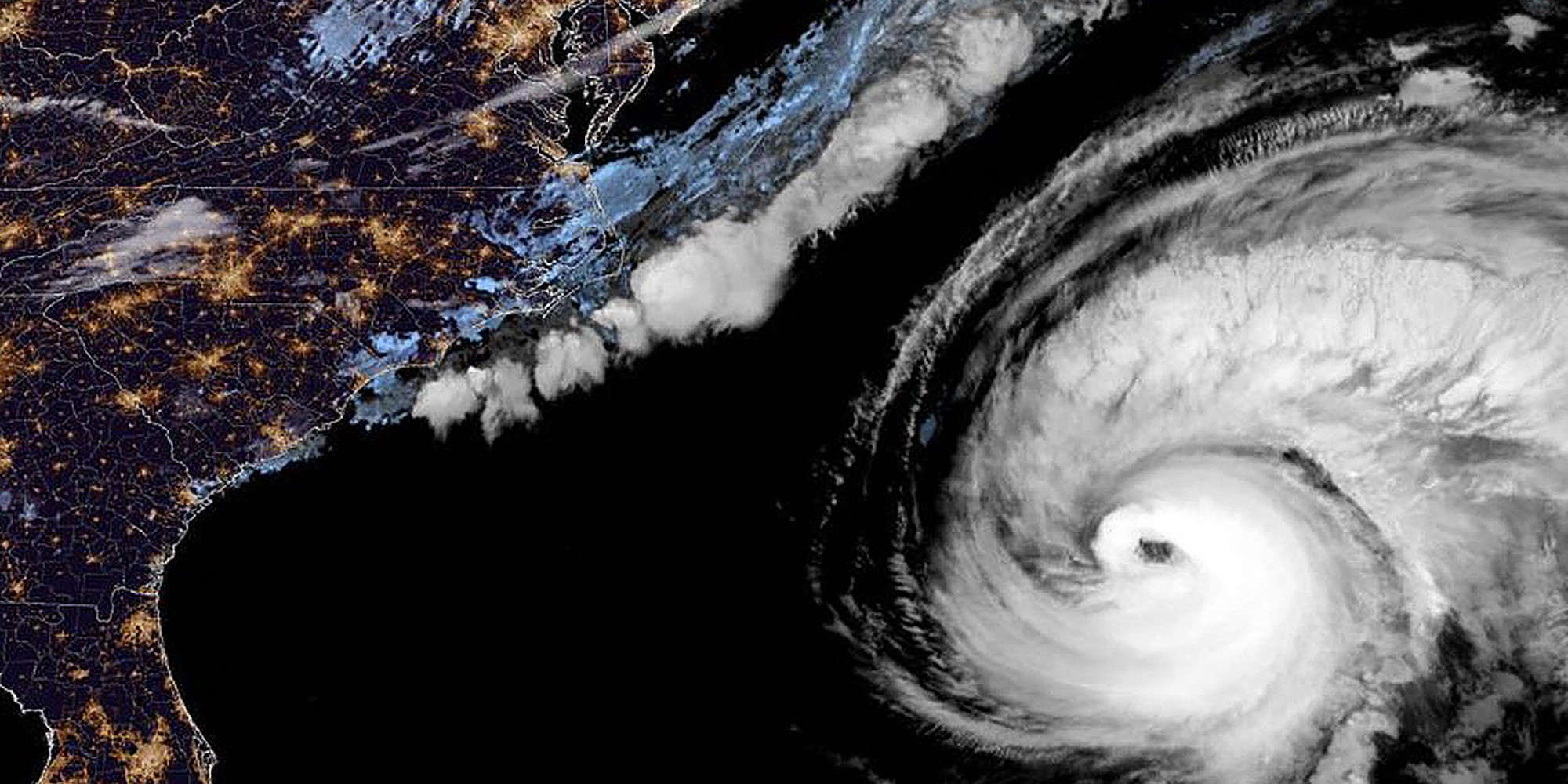 After ravaging the Caribbean, especially Guadeloupe, storm Fiona evolves into a hurricane and arrives in Canada in North America.

Already on the Atlantic coast, the inhabitants are preparing for the arrival of Fiona and some already have no more electricity.

The bad weather was described as "historic" by the national weather services.

Hurricane Fiona made landfall early Saturday on Canada's Atlantic coast where weather services were preparing for a "historic" storm, after wreaking death and destruction on its way through the Caribbean.

According to the US National Hurricane Center (NHC), Fiona made landfall early Saturday in the province of Nova Scotia (eastern Canada) with winds above 144 kilometers per hour.

We'll wait for the official call from the NHC, but it looks like #Fiona recently made landfall between Canso and Guysborough.

With an unofficial pressure recorded at Hart Island of 931.6 mb, this makes the lowest storm ever recorded in Canada.

"Fiona is expected to affect parts of Atlantic Canada today as a powerful hurricane-strength cyclone and significant impacts are expected due to high winds, storm surge and heavy rain," the report added. NHC.

Canada has issued several weather warnings for most of its eastern coasts.

At 9:00 a.m. GMT, the hurricane was located about 210 kilometers from Halifax, the capital of Nova Scotia, and was moving north/northwest at a speed of 65 km/hour, according to the Canadian Storm Forecast Center. hurricanes (CCPO).

The CHC had previously estimated that the hurricane "is expected to be a severe weather event for Atlantic Canada and Eastern Quebec."

“Where it ranks in the history books we will have to determine after the fact, but it will certainly be an historic and extreme event for Eastern Canada,” Bob Robichaud said Friday during a press conference. CHC meteorologist, calling Fiona a "major" hurricane.

Authorities in the province of Nova Scotia have issued a power outage alert, asking everyone to stay indoors and have enough supplies for at least 72 hours.

Prime Minister Justin Trudeau has asked everyone to "take the right precautions".

In Halifax, stores ran out of propane gas refills for camping as locals rushed to stock up.

"Hopefully it will slow down as it hits colder waters, but it doesn't look like it," Dave Buis of the Northern Yacht Club in North Sydney, Nova Scotia, told Canadian television.

In the neighboring province of Prince Edward Island, residents have also prepared for the arrival of the hurricane.

"We'd be lying if we said we're not worried about Fiona," Lisa Gale, owner of a Charlottetown waterfront restaurant, told CTV.

Fiona had passed Friday, in category 4 on the Saffir-Simpson scale which has 4, some 160 km off Bermuda, after having sown destruction in the Caribbean.

The hurricane inflicted gusts at 160 km / h and heavy rains on this British territory of some 64,000 inhabitants located in the middle of the Atlantic Ocean but without any casualties or major damage being reported.

Here is the latest update on #Fiona.

Many homes remain without electricity

According to the electricity supplier Belco, 15,000 of 36,000 homes remained without power Friday afternoon in Bermuda but electricity was quickly restored in many areas.

"We had some small damage to our premises, but nothing serious," Jason Rainer, owner of a souvenir shop in the capital Hamilton, told AFP, noting that a few doors and windows had been torn off.

The territory, located a thousand kilometers from the United States and accustomed to hurricanes, is one of the most isolated places in the world, which makes any evacuation almost impossible in the event of an emergency.

The main island had therefore taken the preparations seriously.

Buildings and houses must also comply with strict construction rules to withstand storms.

Fiona caused the deaths of four people in Puerto Rico, a US territory, according to an official quoted by the media.

One death was reported in Guadeloupe (France) and two in the Dominican Republic.