The world race for hydrogen at sea will pass through Nantes

Offshore wind turbines produce electricity. They could also produce hydrogen, as the fledgling Lhyfe floating pilot plant wants to show as soon as possible and before anyone else. 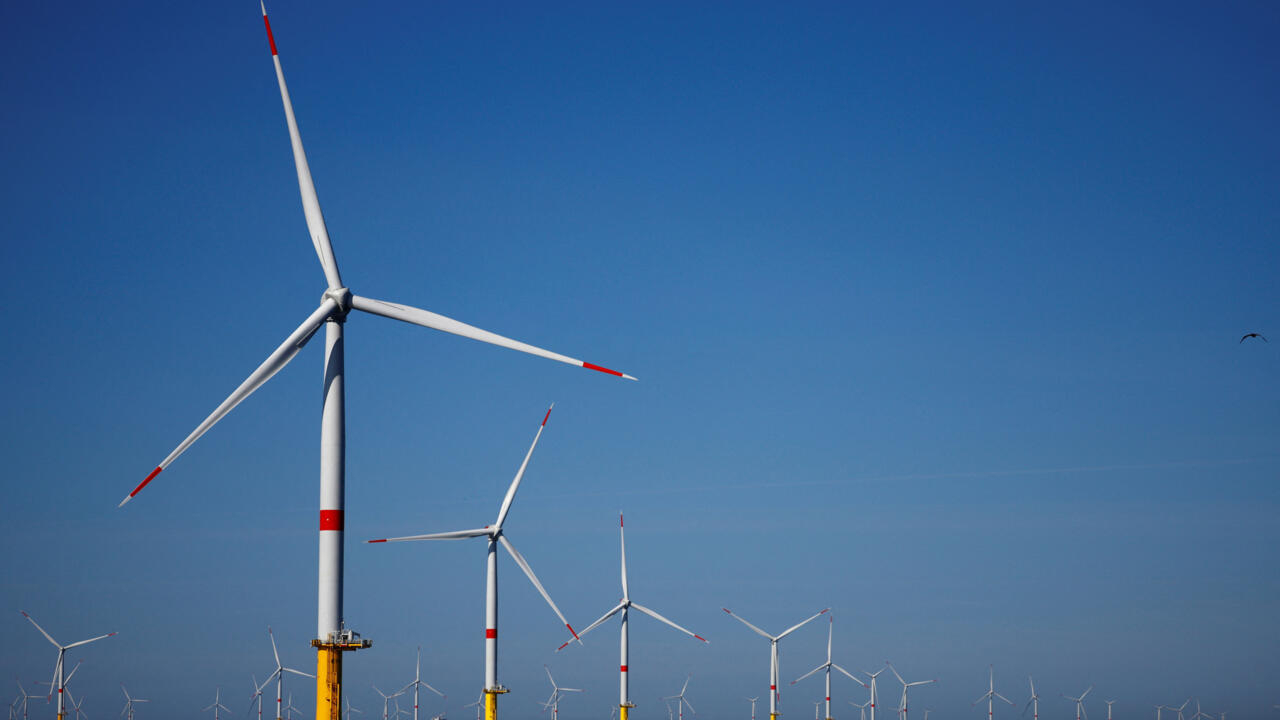 The stakes are enormous, hydrogen being currently the main means of greening chemistry, industry and heavy transport, provided that it is produced using low-carbon energy.

Lhyfe, created in 2017 and dedicated to this objective, therefore presented this pilot platform on Thursday, intended for six months of tests in the port of Saint-Nazaire, before leaving 20 km off the French coast to connect for twelve months. to a wind turbine.

"This offshore production platform is a world first, the objective being to eventually consolidate the production of renewable hydrogen with offshore", explains the CEO of this Nantes company, Matthieu Guesné.

"Today, renewable hydrogen is a lot of people talking about it, but very few doing it. We want to lead the way."

On the 300 m2 lemon-yellow barge, a container houses an electrolyser, which uses electricity to break the water molecule (H2O) to produce hydrogen (H2).

The current comes from the wind turbine and the water is seawater desalinated on site by a "classic" membrane desalination system, on board a second container.

But why offshore wind turbines rather than on land?

The hydrogen produced can be transported to land by a conventional gas pipeline, less expensive than the electrical connection when moving away from the coast, argue the developers.

And unlike electric current, it is easily stored.

Offshore wind turbines are much more powerful than onshore ones too.

"And the farther we are from the coast, the more energy it produces," adds Mr. Guesné.

The floating electrolyser can be connected to existing parks.

The demand for hydrogen may also justify dedicated parks, they say at Lhyfe, where Germany is expecting a next call for tenders.

In the meantime, the team will have to ensure that the electrolyser, produced by the American Plug Power, is resistant to heeling, waves and corrosion and will still be able to optimize the size of the equipment or maintenance.

In its Vendée plant equipped with three onshore wind turbines, Lhyfe has already been able to verify that producing hydrogen with desalinated water and intermittent energy works.

For the past year, it has been supplying buses in La Roche-sur-Yon, Lidl forklifts, etc.

"Change the world a bit"

At sea, Lhyfe is aiming with its demonstrator for a production capacity of 400 kg/day, or 1 megawatt (MW), the equivalent of one hundred full cars.

"These are the kind of pioneering projects that can change the world a bit and the speed with which others engage," said Ole Hoefelmann, Managing Director of Plug Power.

He mentions another large 1GW project in Denmark.

The Swedish energy company Vattenfall has announced that it is developing a wind turbine project in Scotland dedicated to hydrogen, but production is not expected before 2025.

At Lhyfe, we "want to go fast", explains the technical director.

It took barely 18 months to build this pilot called Sealyfe.

This multimillion-euro project, which has received help from the Region and Ademe, also has the support of an entire ecosystem that has been created in recent years around offshore wind power between Nantes and Saint -Nazaire: the port, the Chantiers de l'Atlantique, or the Ecole Centrale de Nantes which will host the demonstrator on its experimental base at sea.

Faced with global warming, "we are late", notes Bertrand Alessandrini, researcher and director of development at Centrale.

"But we have a world first here, and we are going as fast as we can".