Sexist and sexual violence in politics: "Relève féministe" no longer wants to let anything pass

Created after the rebellious deputy Adrien Quatennens admitted domestic violence on his ex-companion, and faced with the lack of reaction from the leaders of several left-wing parties, the collective… 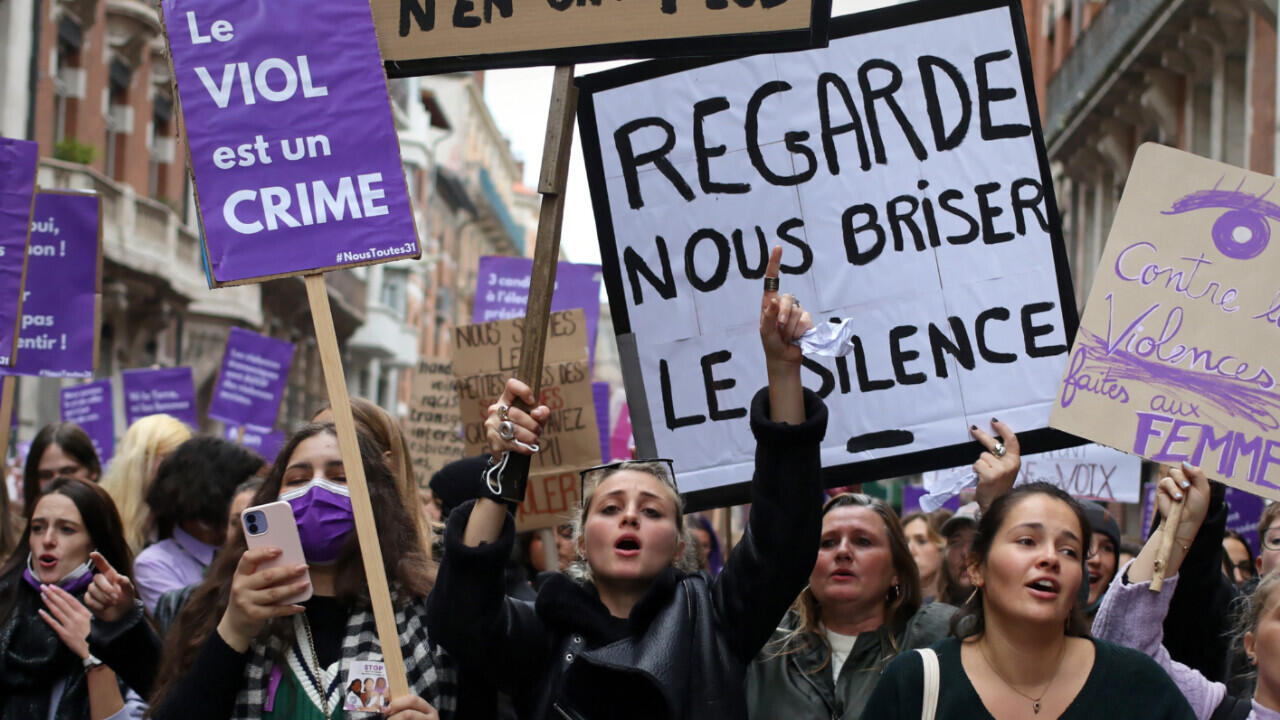 They are more than 500, mostly activists in political parties, and form the Relève féministe.

The collective was born on Tuesday, September 20, in the wake of the Adrien Quatennens case, which recognized acts of domestic violence.

In a column published by Liberation, they denounce "a system of protection for aggressors in politics" and demand the resignation of the LFI deputy from the North.

"Let things be clear: the aggressors and perpetrators of violence cannot represent our political struggles", write these feminists, including the spokesperson for the PS Gabrielle Siry-Houari, the founder of MeTooThéatre Marie Coquille-Chambel, the author Klaire does Grr, the historian Mathilde Larrère or the journalist Elsa Wolinsky.

Many of them have added the hashtag #RelèveFéministe to their name on the social network to claim to be part of a movement that intends to target public organizations and will not let them miss anything.

The click happened last Sunday, a few hours after the press release by the rebellious deputy Adrien Quatennens, where he admits to having "slapped" his wife with whom he is in the process of divorcing.

Some 150 activists then meet and get down to writing a forum: they refuse that violent men take the head of the parties in which they are active, and do not want the omerta to continue "thanks to accomplices, identified behaviors and conniving cowardice".

A patriarchal society and a phenomenon of "starification"

"When a political group has a feminist program, particularly in terms of women's rights and the fight against gender violence, we are entitled to expect it to stop protecting the aggressors and to unconditionally support the victims of patriarchal violence,” they write.

The latter condemn in particular "with the greatest firmness the reaction of Jean-Luc Mélenchon" who, in a tweet of support for Adrien Quatennens, praised Sunday the "courage" of the deputy from the North, who withdrew from the party .

This is what Hanane Ameqrane, an anti-racist lesbian feminist activist from working-class neighborhoods, points out, in the face of the surprise that this current tsunami may cause in militant left and far left circles.

"It's a reflection of society as a whole," she says.

"A patriarchal society in which a phenomenon of 'starification' is observed which wants Éric Coquerel, Adrien Quatennens, or even Taha Bouhafs to be 'starized', and made untouchable and irremovable, thus reinforcing the omerta around sexist violence and sexuality in militant circles."

"It's something that I see in all circles - political, associative, union - since I started to militate", laments the one who is also nicknamed "Lady Gaza".

The #ReleveFeministe has been there for decades, in working-class neighborhoods.

How do women activists intend to change things within the parties?

"There are already cells that exist in political parties, we cannot replace justice, but we try to set up cells that allow victims to be listened to and take measures that are up to them. of what happened", explains Mathilde Millat, feminist and activist at the NPA (New Anti-Capitalist Party).

According to the Lyon activist, these cells do not exist within all political parties, "especially on the right", and even when they exist, they do not follow through with their action.

"Once the floor is heard, we stop there in most cases," she said, regretting that those accused of gender-based and sexual violence are not suspended from their mandate and their political activities for the time being. of the procedure.

“There are cases of people accused in all parties,” she continues, referring to well-informed but nevertheless passive political leaders.

In the Julien Bayou case, Relève féministe pointed out in particular the fact that the sexist and sexual violence commission (VSS) of Europe Écologie-Les Verts (EELV) had self-seized following suspicions of domestic and psychological violence committed by the national secretary of EELV on his ex-companion, but that nothing has happened since.

Feminist activists raised their questions on Monday about the national secretary of EELV, suspected of sexist violence.

The case was already known to the party's VSS listening and investigation unit and Julien Bayou had already spoken on this subject in July with Le Figaro.

The latter has since withdrawn from the co-presidency of the group in the National Assembly.

Hello @EELV, the VSS cell was seized in July after accusations of violence committed by @julienbayou on his ex-partner.

How to ensure that activists are safe?

No action seems to have been taken, why?

“We also drew attention to Thomas Portes (LFI) after several seizures of cells, including one at the CGT, and yesterday we pointed out Damien Abad (Renaissance) by pointing out that he is still a parliamentarian and that we have the impression that there will be no follow-up to the accusations of rape and attempted rape of which he is the subject", deplores the NPA activist.

Hello @LaREM_AN, several complaints for rape and attempts have been filed against Damien Abad.

He is no longer a member of the government but still sits on the @AssembleeNat.

Its place in the hemicycle does not seem to be compromised.

"Activists who talk to each other and exchange names"

In their column, citing a whole series of political leaders implicated in cases of gender-based and sexual violence, feminist activists affirm that "no militant organization can reasonably consider that it is not concerned. It is a system that persists thanks to complicity, identified behavior, conniving cowardice".

"We refuse to campaign with male perpetrators of violence, or their accomplice friends", continue the authors of the text, believing that it is "high time to make political space for feminists who fight daily against sexist and sexual violence. ".

Within the left-wing parties, "we may have the impression that there is a gap between the NPA and Génération.s, but these are activists who talk to each other and exchange names", recalls Mathilde Millat .

"It's like within certain families", adds Hanane Ameqrane, "there are names that circulate: 'watch out for such uncle, he has wandering hands...', it's the same principle".

And very often, things have been known for a long time.

"We want to free speech on a larger scale", resumes Mathilde Millat.

"We don't want it to stay in the feminist milieu, we want these things to be known and that there are measures that are implemented for the perpetrators of violence."

As Hanane Ameqrane likes to say: "Militancy is not vital".

The lesbian feminist activist believes that activists accused of violence must simply leave, in order to avoid the victims themselves having to flee.

"Too many activists have been silent or have left," she laments, referring in particular to the Samir Elyes case, accused of physical and psychological violence by two activists from the Truth and Justice for Adama collective.

“Today, the victims must be able to leave by denouncing, or to stay and witness the departure of the aggressor.”

In militant circles too, shame must change sides.

This is what Mathilde Millat recalls in a series of tweets published the day after the creation of the collective.

"Being on the left means supporting emancipation struggles like the feminist struggle. What discredits the left isn't the testimonies of VSS, it's the leaders and the parties that don't react."

The only responsible are those who commit the violence.

And being on the left means supporting emancipation struggles like the feminist struggle.

What discredits the left is not the testimonies of VSS, it is the leaders and the parties that do not react.