The first "referendums" for the annexation of the Luhansk, Zaporizhia, Donetsk and Kherson regions begin on Friday. Follow the latest developments in the war in Ukraine hour by hour. 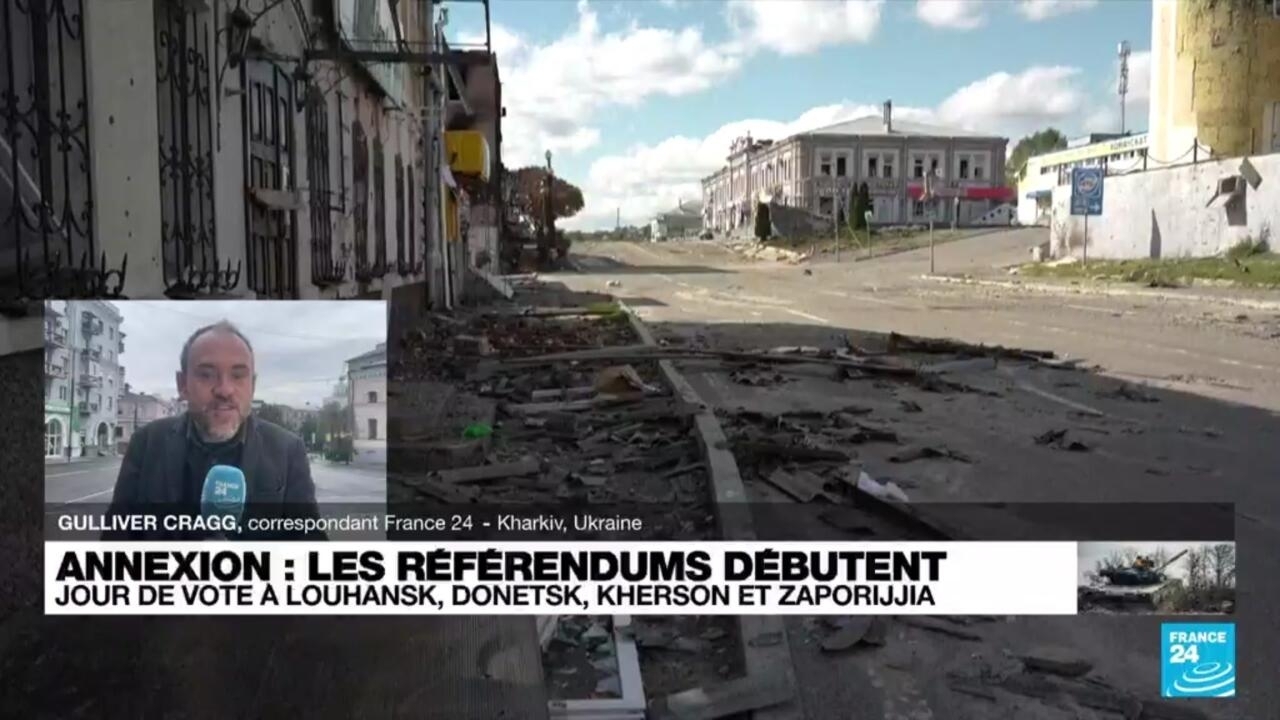 The first annexation "referendums" organized by the pro-Russian authorities of these four regions begin Friday to decide on their attachment to Russia, reports the special envoy of France 24 in Kharkiv, Gulliver Cragg.

"It seems pretty clear that resistance to Russian occupation is strong in Zaporizhia and Kherson, and probably even in Donetsk and Luhansk, which have been under Russian control since 2014."

They must take place until September 27.