Legislative in Italy: Giorgia Meloni featured at the last meeting of the right

Three days before the legislative elections in Italy, the candidates are holding their last campaign meetings in Rome. A favorite in the polls, the coalition of right-wing parties brought together… 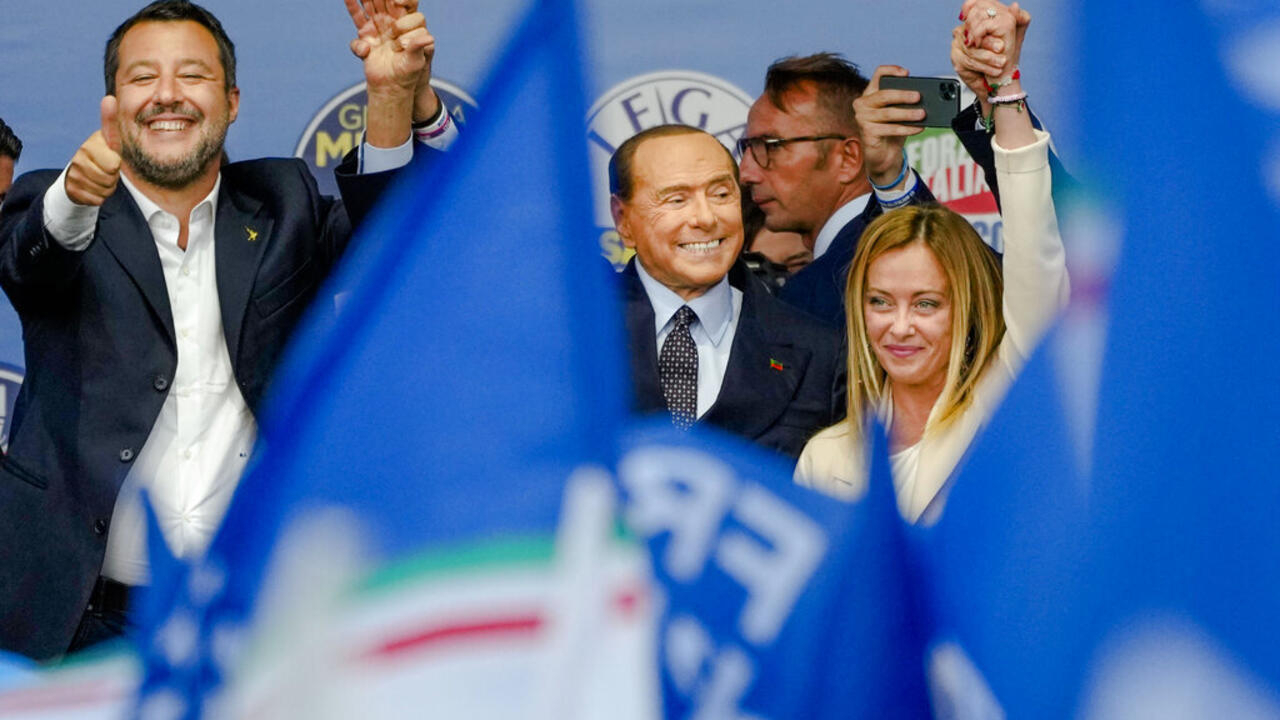 Legislative in Italy: Giorgia Meloni featured at the last meeting of the right

Matteo Salvini (left), Silvio Berlusconi (c.) and Giorgia Meloni, during the last meeting of the Italian right-wing coalition, on September 22, in Rome.

Three days before the legislative elections in Italy, the candidates are holding their last campaign meetings in Rome.

Given as the favorite in the polls, the coalition of right-wing parties brought together all its leaders on the piazza del Popolo on Thursday evening September 22 for the first time.

They came with friends, family, or alone.

Calm, in a good mood, they patiently listened to Silvio Berlusconi, from Forza Italia, Matteo Salvini, from the League, they applauded them, but it was out of politeness.

The star of the evening was the woman who has a good chance of becoming the first to lead Italy,

Long blond hair and white coat, powerful voice and undeniable stage presence, she launches her ideas: the pride of Italians, the national interest, the defense of the family, motherhood, immigration control.

Third millennium slavers are afraid of us because they make billions out of the desperation of poor people.

We will do what other countries are doing.

We will defend the Italian borders and the European borders,

Conservative coalition, but not too much

Meloni no longer speaks of the naval blockade promised at the start of the campaign, does not say a word about abortion or the gay lobbies.

The tone is that of a coalition of conservative parties, but not too much.

Between the Europeanists of the center and the sovereignists of the extreme right, the disagreements are numerous and the personal relations sometimes strained.

But with the victory in perspective, yesterday, the atmosphere was cordial.

On the eve of the election, it is above all necessary not to frighten any voter.