Italy: Giorgia Meloni, a very political passion for "The Lord of the Rings"

Giorgia Meloni, the leader of the far-right Fratelli d'Italia party and favorite in the legislative elections on Sunday, does not hide her passion for the work of JRR Tolkien. But the media scene... 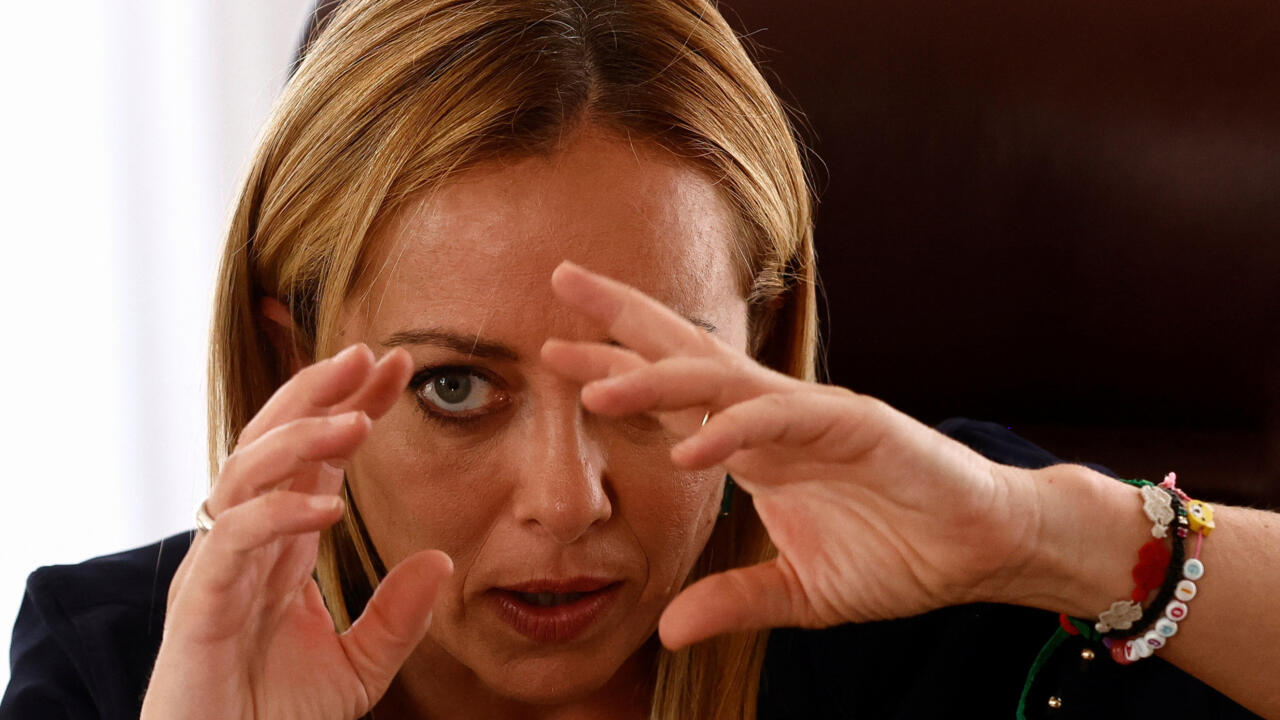 In September 2008, she appeared in a photo alongside a statue of Gandalf, in a portrait that the Style supplement of the daily Corriere della Sera had devoted to the one who was then Silvio Berlusconi's Minister of Youth.

Fourteen years later, Giorgia Meloni, the leader of the far-right Fratelli d'Italia party, has come a long way politically and is the favorite to win the legislative elections on Sunday 25 September.

One thing, however, does not seem to have changed in all these years: his attachment to the "Lord of the Rings", the seminal work of the British author of heroic Fantasy JRR Tolkien, which narrates the adventures of little hobbits with hairy feet, dwarves, elves and their ally, the magician Gandalf.

“I think Tolkien could define the values ​​of the conservative camp better than we do,” she told the New York Times, which devoted a long article to Giorgia Meloni's “obsession” with this fictional universe.

"The Lord of the Rings" read at 11 years old

She would have fallen into the pot of Middle Earth – the continent where the action of “Lord of the Rings” takes place – from the age of 11, reports the American daily.

After having devoured Tolkien's famous trilogy, the one who would later claim to be a spiritual heiress of Benito Mussolini and Italian fascism, would have taken a passion for this kind of literature.

At 21, Giorgia Meloni appears on the Internet under the nickname of “Khy-ri, the dragon of the Undernet [one of the most important instant messaging networks in the early 2000s, editor’s note]”, underlines the Italian news site technology Dr Commodore.

She talks about her "passion for heroic fantasy literature, and especially JRR Tolkien", but also talks about the books of Stephen King, and his unsuccessful attempts to learn the guitar.

In real life, she satisfied her passion for the folklore of the world of Tolkien by going to school disguised as a character from the saga, notes the New York Times.

Giorgia Meloni and her friends also sounded an instrument they called “the horn of Boromir [one of the main characters in 'Lord of the Rings]'” when they got together.

Concerns that seem miles away from the ideas then developed by the leader of the Fratelli d'Italia party, such as the obsession with the fight against immigration, the preservation of Christian civilization or the defense of traditional family values.

Without forgetting his statements aimed at rehabilitating the Mussolini period.

“Mussolini was a good politician.

Everything he did, he did for Italy”, declared in 1996 this ex-militant of the neo-fascist party National Alliance.

However, JRR Tolkien's pavement has often been associated - more or less wrongly - with an ideology close to the extreme right.

The battle against the orcs has thus been compared to a struggle against foreign invaders.

The Hobbits' attachment to the world of the Shire would reflect a conservative belief in the author that the world must be preserved against decadent modernity.

And who cares if JRR Tolkien always claimed that his books had no political bias and that he defined himself as anti-totalitarian.

“I am not surprised by this portrait of Giorgia Meloni.

The far right all over the world has always had a fascination with the imagery of the very manly Nordic heroes of Tolkien's work,” says Paolo Heywood, an anthropologist at Durham University who has worked on Italian fascist movements.

But the Italian far right has a particular attachment to the work of JRR Tolkien, which dates back to the 1970s. 'expression of the author's rejection of the modern world', writes Tobias Hof, a specialist in the cultural history of European fascist movements at the University of Munich, in a study of Tolkien's influence on Italian neo-fascists.

This reading of "The Lord of the Rings" had everything to please the far-right Italian youth who "were looking for an alternative to the antiquated ideology of the MSI [Italian social movement, post-war Italian neo-fascist party, Ed. ]”, adds Tobias Hof.

“You have to put this in the historical context of an era dominated by left and extreme left youth movements.

Those who were at the other end of the political spectrum could feel excluded”, explains Paolo Heywood.

The adventures of Frodo (the hobbit hero of "The Lord of the Rings") against Sauron (the great villain of the trilogy) then became both a rallying cry for some young people on the far right, and a "cultural reference that they could share with the rest of Italian youth”, specifies the researcher from the University of Durham.

These were annual gatherings organized by neo-fascist youth leaders and designed to officially bring together young people from all political backgrounds passionate about the same literary work.

But these summer meetings quickly turned into a sort of "Woodstock Fascists", where there was a bit of Tolkien, and a lot of politics and alternative music.

They ended in 1981, when Giorgia Meloni was only 4 years old.

A demonstration that wanted to draw inspiration from the spirit of the camps.

The opportunity for her to discover this highly politicized reading of Tolkien's work, while listening to the group Compagnia dell'Anello (The Company of the Rings, named after the first volume of the "Lord of the Rings" trilogy). who composed, in 1977, one of the most popular songs for Italian neo-fascist youth: “Il domani appartiene a noi” (Tomorrow belongs to us).

However, we “must not give too much importance to Tolkien's work in the culture of the Italian far right”, explains Piero Ignazi, political scientist at the University of Bologna.

“The camps were organized by a minority current within the MSI”, recalls this expert.

This gave them a relative influence within the Italian far-right landscape.

For him, the fascination displayed by Giorgia Meloni for "The Lord of the Rings" must be taken with a grain of salt.

"This contributes to the creation of her brand image, of a woman, less aggressive than other far-right personalities, and which has cultural references that everyone can understand and accept", notes Piero Ignazi.

“She will jump on every opportunity that presents itself not to talk about Benito Mussolini” for example, adds Paolo Heywood.

In particular, by assuring during an interview granted, in August 2021, to the British conservative weekly The Spectator, that his mentor is the British philosopher Roger Scruton.

Little known to the general public, this conservative thinker appears to be a rather refined intellectual, which allows Giorgia Meloni to give the impression that his thought is not limited to the most primitive neo-fascism.

But in reality, “his real political reference is Giorgio Almirante [fascist and racist politician who was one of the co-founders of the MSI in 1946]”, recalls Piero Ignazi.

The staging of her infatuation with JRR Tolkien has another benefit for Giorgia Meloni.

It gives him a semblance of cultural respectability while sending a signal to the "insiders", believes Paolo Heywood.

It's a way of telling them that she still claims this heritage of “hobbit camps” and the cultural and political effervescence of this neo-fascist youth.