Late on Thursday evening, a powerful explosion occurred at an apartment building in Huvudsta north of Stockholm, the police say. The national bomb disposal unit investigated the scene during the night. The incident is classified as gross devastation that is dangerous to the general public. 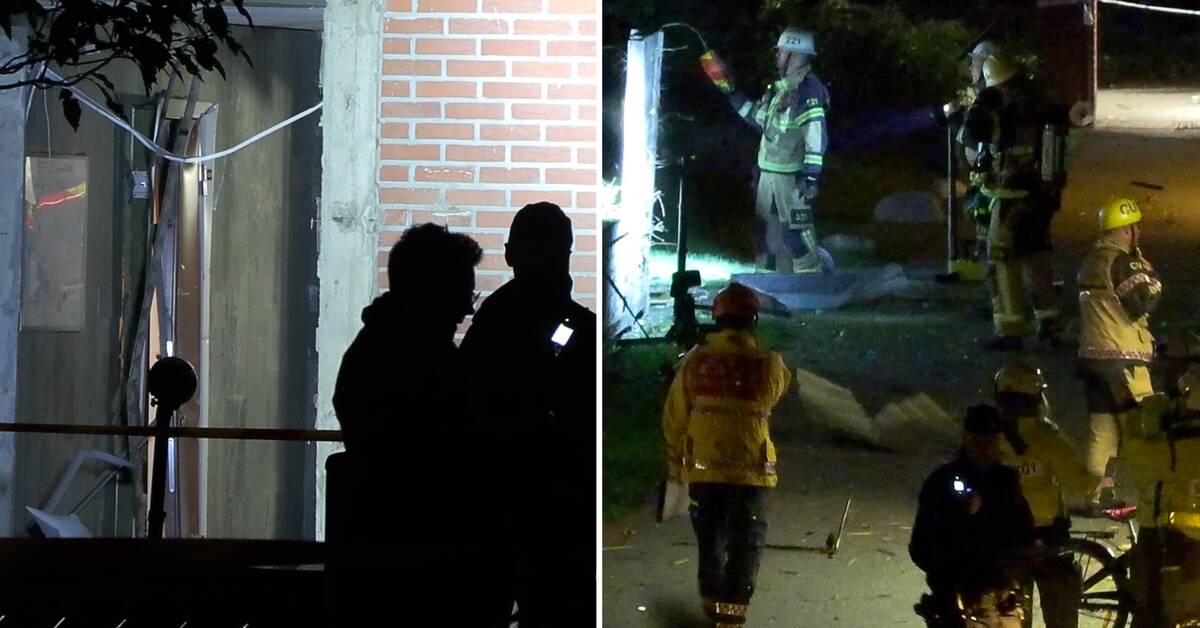 The first alarms about a strong explosion north of Stockholm came at 10:46 p.m. on Thursday evening.

A moment later, the police were able to confirm that an explosion had occurred at an apartment building in the district of Huvudsta in Solna.

The bangs were heard over large parts of northern Stockholm and SOS Alarm received about 50 alarm calls.

Even in social media, many questioned what had happened.

- People who have called in from the area have been very shaken, says police spokesperson Daniel Wikdahl.

According to the police, the explosion occurred near a stairwell in the property.

The explosions caused extensive damage to the house and several window panes were also broken in adjacent buildings.

After the explosion, the emergency services decided that residents in the relevant stairwell.

The reason is stated to be a concern for structural damage to the property.

- We have had an explosion and then you evacuate for safety's sake.

I have no information that there would be a further explosion risk, says Niklas Nordvall, line operator at Greater Stockholm's fire service.

The city of Solna has activated its crisis support and will arrange temporary housing for the 28 people who have been evacuated so far.

On Friday morning, none of the evacuees had been able to return to their homes.

During the night, a large collaborative effort between the police, emergency services, healthcare and the municipality took place at the scene.

During the night, the national bomb protection team investigated the site and in the morning a technical investigation of the area, which was cordoned off by the police, is underway.

- We are currently working actively with forensics to find out what may have happened.

According to the police, the seriousness of the injuries is currently not clear, but since staff are investigating the scene, the race risk is not assessed as imminent.

- We are on site and working and we wouldn't have sent in staff in that case, I think you could have assessed that during the night that it doesn't exist, says Hägg.

She does not want to go into what may have caused the explosion.

- It is something, but what it is and why is what we have to find out.

During the night, first-hand measures have taken place and then the remains and such will be analyzed further, she says.

During the day, a higher police presence will be on site to assist investigative staff and answer questions.

The incident is classified as gross devastation that is dangerous to the general public.

There are currently no suspects in the crime.