“The masks have been dropped”: how in Kyiv they call on US defense companies to test weapons in combat conditions in Ukraine

In Kyiv, they called on US military companies to test weapons developments in Ukraine. According to Deputy Minister of Defense of the Republic Vladimir Gavrilov, manufacturers have a chance to test their products and technologies in combat conditions. Gavrilov also asked Washington to supply the country with ATACMS ballistic missiles. Experts note that Ukraine is in reality already acting as a training ground for foreign military-industrial complex. As analysts explain, the West, on the one hand, intends to inflict a strategic defeat on Russia using Ukraine, and on the other hand, Kyiv, which has become “too expensive a tool”, is gradually turning into a factor in weakening the West itself. 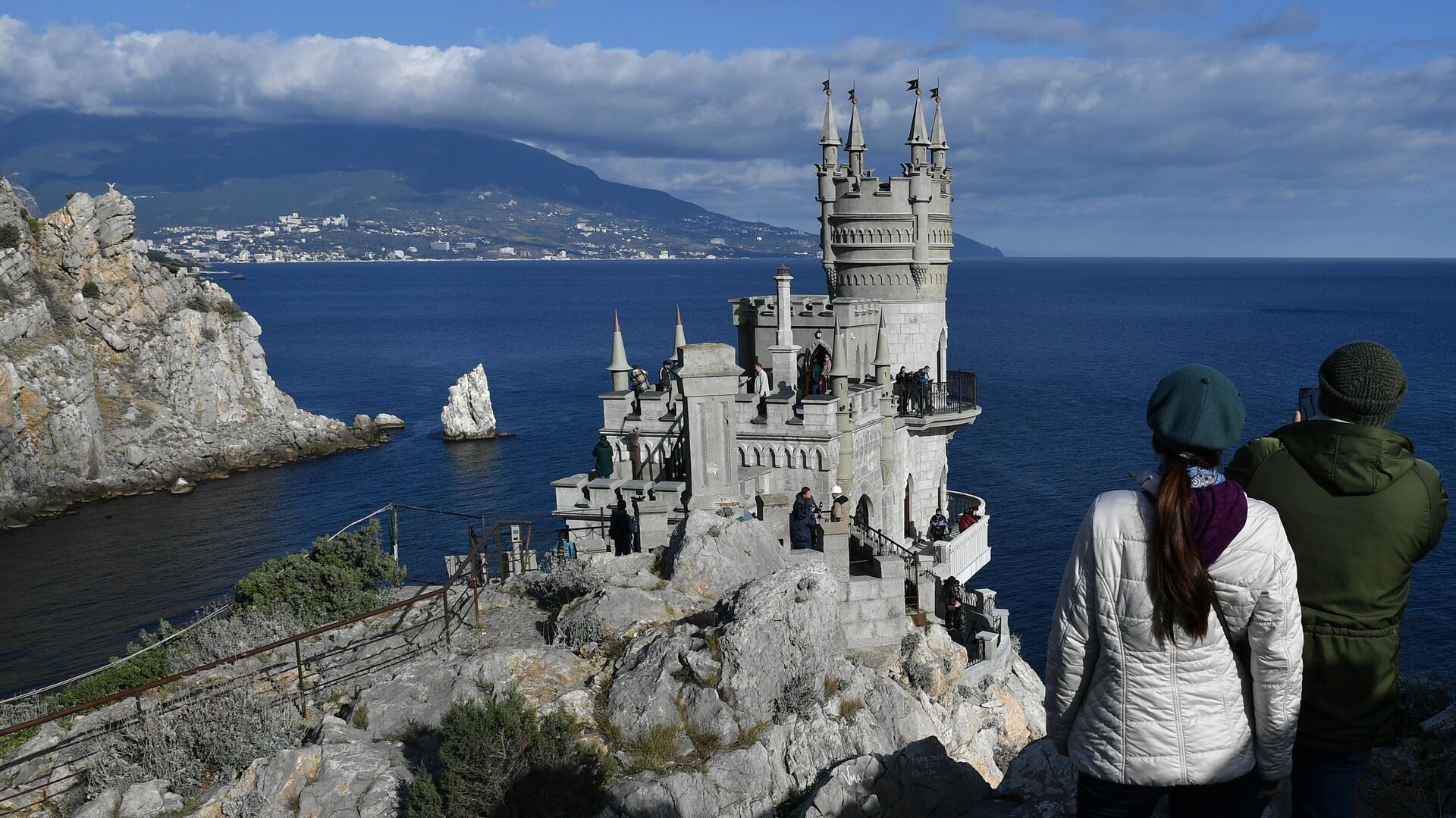 Kyiv suggested that American military-industrial companies use the conflict in the country to test their latest developments.

Volodymyr Gavrilov, Deputy Minister of Defense of Ukraine, made such an appeal at the annual conference of the National Defense Industrial Association in Texas.

“If you have any ideas or pilot projects that need to be tested before starting mass production, you can send them to us and we will explain how to do it,” he said.

According to him, manufacturers have a chance to test their products and technologies in real combat conditions and receive the “tested in Ukraine” mark, which will increase the marketability of their developments.

Gavrilov stressed that some companies have already successfully tested their samples from the field of "anti-drone and anti-jamming technologies."

"And now they're getting a product that's competitive in the market because it's been tested on the battlefield," he said.

According to him, such complexes as

Javelin (ATGM - anti-tank missile system) are no longer as effective as at the beginning of the conflict.

) stopped coming closer to us than five km ... If we had the means to destroy targets ... at a distance of 100 km, then for Russia it would be a complete disaster.

That is why we ask you to provide us (ballistic missiles. -

At the same time, he tried to convince representatives of the American authorities that their fears about the possible use of long-range weapons against Russia were groundless.

“We say that we will not use them against Russian territory, because we have enough targets in our occupied territory, including Crimea,” the deputy minister said.

Recall that the peninsula became Russian in March 2014, when the majority of its inhabitants voted in a referendum for reunification with the Russian Federation.

The fact that the Crimea is an integral part of the Russian Federation, on September 19, in an interview with reporters, was pointed out by the press secretary of the President of Russia Dmitry Peskov.

“Therefore, any claims to Russian territory will receive a proper response,” he warned.

The idea to test Western developments in battles in Ukraine is not the first time expressed by representatives of Kyiv.

So, the country's Defense Minister Oleksiy Reznikov back in July, speaking via video link in the American analytical center "Atlantic Council"*, put forward this initiative and called Ukraine a "testing ground" for many types of weapons.

“For our partners in Poland, the USA, France or Germany, this is a good opportunity to test their equipment ... So give us the necessary funds.

We will finish the work, and you will receive new information, ”said the head of the Defense Ministry.

In Russia, they said that Kyiv was pursuing a policy aimed at destroying its own country and population.

“This is not hypocrisy.

This is a twist, a total slyness.

People posing as patriots of Ukraine, for people who are fighting for the future of this country, have the following idea: everything you want to test, drag it here, to Ukraine, we will test everything!

But they simply forgot to add: we will test it on Ukrainians,” Russian Foreign Ministry spokeswoman Maria Zakharova said on Radio Sputnik on July 20.

However, in Kyiv they do not get tired of calling on the West to transfer more and more weapons to the country.

In particular, President of the Republic Volodymyr Zelensky used the platform of the 77th session of the UN General Assembly to demand new supplies, including long-range weapons.

In offensive weapons…” he said in a video message.

At the same time, military support should also be backed up with financial assistance in order to “maintain internal stability,” Zelensky stressed.

“If this requires help with weapons or shells, this should be.

If financial help is needed for this, it should be.

If intelligence needs help for this, it should be, ”the politician said.

According to him, all these conditions are included in one of the five points of the “peace formula” that the Ukrainian leadership has developed against the Russian Federation.

Russia has previously stated that the supply of long-range weapons by the United States to Kyiv will be regarded as drawing Washington into the conflict.

This, in particular, was pointed out in an interview with RIA Novosti on September 14 by the Russian Ambassador to Washington, Anatoly Antonov.

“Such a scenario would mean direct involvement of the United States in a military confrontation with Russia,” Antonov said.

At the same time, he stressed that the United States has already done everything to turn Ukraine into a "testing ground for the disposal of obsolete weapons and testing of new NATO military equipment."

In turn, Maria Zakharova called the possible transfer of long-range missiles to Kyiv a red line.

According to her, even the current actions of the Ukrainian and American authorities indicate that the long-term goal of the collective West is the destruction of Russia.

“We reserve the right to defend Russian territory with all means available to us,” she stressed.

Experts agree that the current appeal by Ukrainian Deputy Defense Minister Vladimir Gavrilov indicates that the Kyiv authorities are already openly trying to profit from the conflict on their territory.

“Now the masks have been dropped.

Ukraine has lost its own sovereignty and is actually under the control of Western curators - the United States and the European bureaucracy.

Kyiv is no longer shy about this and openly asks for full support, offering the exploitation of its territories and people in exchange, ”Konstantin Blokhin, a researcher at the Center for Security Studies of the Russian Academy of Sciences, explained in an interview with RT.

In turn, the director of the Center for Military-Political Studies at MGIMO Alexei Podberyozkin, in a conversation with RT, pointed out a possible corruption component in Gavrilov's proposal.

“Military testing of projects is always expensive, and testing in combat conditions is a unique opportunity for manufacturers.

In Kyiv, they understand this, and therefore they are bargaining for it.

I think they get a lot of money from companies for this, ”the expert believes.

Vladimir Batyuk, head of the Center for Military-Political Studies of the Institute for the US and Canadian Studies of the Russian Academy of Sciences, shares the same opinion.

In a RT commentary, he noted that the willingness of the Kyiv authorities to sacrifice their fellow citizens clearly characterizes the moral level of the Ukrainian political elite.

“The fact that they are giving the country as a testing ground for the Western military-industrial complex, turning Ukrainians into guinea pigs, is unprecedented.

Obviously, in order to please their masters across the ocean, the current Ukrainian government is ready for any meanness, ”the analyst noted.

At the same time, he stressed that as a result of the uninterrupted supply of weapons to Ukraine, its curators are also beginning to suffer.

“And today, the same Europeans are faced with a difficult dilemma when they have to decide whether to use all the reserves of their already modest arsenal for supplies.

After all, they themselves are experiencing problems with equipping their own armed forces and bringing them to combat readiness.

Even such large states as Germany and Great Britain are faced with this.

What can we say about other European countries, ”the expert explained.

As Konstantin Blokhin noted, the West is now at a strategic impasse, as Ukraine is rapidly turning into a second Afghanistan.

“On the one hand, the West wants to inflict a strategic defeat on Russia through Ukraine, and on the other hand, this Ukraine is gradually turning into a tool to weaken the West itself.

Because due to the extreme level of corruption in the country, any supply will not be enough.

Ukraine has become too expensive an instrument,” the analyst said.

He recalled that Western weapons supplied to Ukraine can now be found on the black markets of the Middle East and Africa, as well as on the darknet.

“However, the stakes are already too high, so the West does not even want to think about a peaceful settlement.

Russia is also not interested in concluding new agreements that will be ignored by Kyiv, as was the case with Minsk-2.

They will again promise Moscow, they will promise the "neutrality" of Ukraine, but in reality everything will turn out to be a flimsy letter.

Therefore, Russia needs to achieve its goals in a special operation to the end.

I think the escalation can only subside when the strategic advantage of one of the parties becomes obvious.

The closer Ukraine is to collapse, the sooner negotiations can begin,” Blokhin concluded.

* The Atlantic Council of the United States is an organization whose activities are recognized as undesirable on the territory of the Russian Federation by decision of the Prosecutor General's Office dated 07/25/2019.