“One of the factors is the availability of combat experience”: the General Staff answered questions about partial mobilization in Russia

The General Staff of the Armed Forces of the Russian Federation answered popular questions related to the process of partial mobilization. The representative of the General Staff, Rear Admiral Vladimir Tsimlyansky, said that those categories of citizens whose military specialties are needed to perform the assigned tasks as part of a special operation in Ukraine will be called up from the reserve. In particular, we are talking about shooters, tankmen, gunners and driver-mechanics. An important factor will be their combat experience. According to Tsimlyansky, all citizens subject to partial mobilization will receive the status, payments and social guarantees as military personnel serving under the contract. The rear admiral also stressed that the ongoing process has nothing to do with the future conscription campaign: all military conscripts will serve on the territory of the Russian Federation. 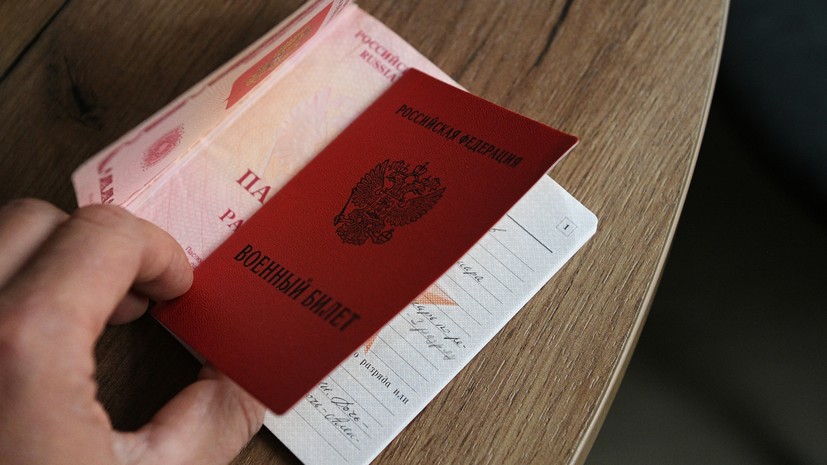 Rear Admiral Vladimir Tsimlyansky, representative of the Main Organizational and Mobilization Directorate of the General Staff of the RF Armed Forces, made an explanation regarding the partial mobilization announced in the country.

So, he clarified the list of priority military specialties for which Russians will be called up from the reserve.

“Categories of citizens that are necessary to complete tasks will be called up.

“It is necessary to understand that the number of conscripted citizens is determined by the regular needs of the completed military units.”

“One of the main factors is that citizens called up from the reserve have combat experience,” the representative of the General Staff emphasized.

According to him, as such, the order of conscription has not been established, but priority is given to those who have suitable military specialties.

The rear admiral emphasized that during the first day of the partial mobilization, about 10 thousand people arrived at the military registration and enlistment offices on their own, without waiting for the summons.

Tsimlyansky said that representatives of privates, sergeants and officers would be called up from the reserve.

“In accordance with Russian law, citizens with military ranks of privates and sergeants are subject to conscription - under the age of 35, junior officers (lieutenants, senior lieutenants, captains) - up to 50 years, senior officers (major, lieutenant colonel, colonel ) - up to 55 years," he explained.

The representative of the General Staff also listed the legal grounds for exemption from participation in mobilization.

So, reserved citizens (in particular, employees of enterprises of the military-industrial complex), persons recognized as temporarily unfit for health reasons, and citizens engaged in constant care for a family member or disabled people of group I will not be called up.

Military pensioners who are retired due to age or health reasons and removed from military registration are not subject to conscription.

Tsimlyansky stated that citizens of the Russian Federation permanently residing outside the country are not registered with the military, which means they are not subject to conscription.

At the same time, those who are abroad on a short trip and are registered at their place of residence in Russia may be called up.

The rear admiral added that all citizens called up as part of partial mobilization receive status, payments and all social guarantees as military personnel serving under a contract.

“A citizen called up for mobilization will receive monthly allowances in accordance with salaries for military rank and position, various allowances related to the conditions of service, and insurance payments in accordance with the Federal Law “On Compulsory State Insurance of Life and Health of Military Personnel”, he clarified.

“The funds are credited to the personal account of the serviceman and, at his request, can be transferred in full or in part to members of his family.”

At the same time, the representative of the General Staff separately emphasized that the ongoing process of partial mobilization for the needs of the Northern Military District is in no way connected with and does not concern the upcoming draft campaign.

According to Tsimlyansky, all conscripts, regardless of their specialty, will serve on the territory of the Russian Federation.

“Citizens called up for military service will not be involved in the special military operation in Ukraine, and all conscripts whose service life has expired will be dismissed and sent to their places of residence in a timely manner,” he said.

“I want to forestall issues that may arise right away: there is no talk of any mobilizations, calls for full-time students studying at universities.

Everyone calmly goes to classes, no one will call them up and mobilize them, ”added Tsimlyansky.

In turn, Deputy Prime Minister of the Russian Federation Dmitry Chernyshenko said that the government had decided to use a hotline at number 122 to inform Russians on issues related to partial mobilization.

Information can also be obtained on the “Explain.rf” portal.

Chernyshenko also urged to focus on information from official sources, not to trust rumors and unverified data.

Recall that Vladimir Putin announced a partial mobilization on September 21.

The President explained that this step is necessary to ensure the security of Russia and the people in the liberated territories.

The head of state stressed that this is a partial mobilization, within the framework of which only citizens who are in the reserve will be called up, primarily those who have served in the armed forces and at the same time have certain military specialties and combat experience.

The President added that all those called up before being sent to the units will be required to undergo additional training, taking into account the experience of a special military operation.

In turn, the head of the Ministry of Defense Sergei Shoigu, in an interview with Rossiya 1 journalist Dmitry Petrov, emphasized: “These are not some people who have never seen or heard anything about the army, these are really those who: a) served, b) has a military specialty, that is, the specialty that is needed today in the armed forces, c) has combat experience.

Shoigu also said that the mobilization will not affect university students and conscripts.

The minister estimated the country's mobilization resource (among those who have served and have combat experience) at 25 million people, noting that it is planned to use a little more than 1% of this number (300 thousand people) in the current mobilization.

Naturally, what is behind and what is there, along this line, must be consolidated, these territories must be controlled.

And of course, this work is being done for this in the first place,” he said.

Peskov - about rumors about the number of mobilized

Meanwhile, on September 22, the press secretary of the President of the Russian Federation Dmitry Peskov denied information about alleged plans to call up to 1 million people.

“This is a lie,” Peskov said, answering a relevant question from RIA Novosti journalists.

Speaking about partial mobilization, he also noted that this process is associated with NATO's actions to support Ukraine.

“Now de facto we are confronted by the NATO bloc with all their logistical capabilities.

This has led to this need.

The president spoke about this in his speech, ”he said.

At the same time, he mentioned that the status of the special military operation had not changed in any way due to partial mobilization in Russia.