After hitting Guadeloupe overnight from Friday to Saturday, storm Fiona, now reclassified as a hurricane, hit the American island of Puerto Rico on Sunday afternoon, plunging the country… 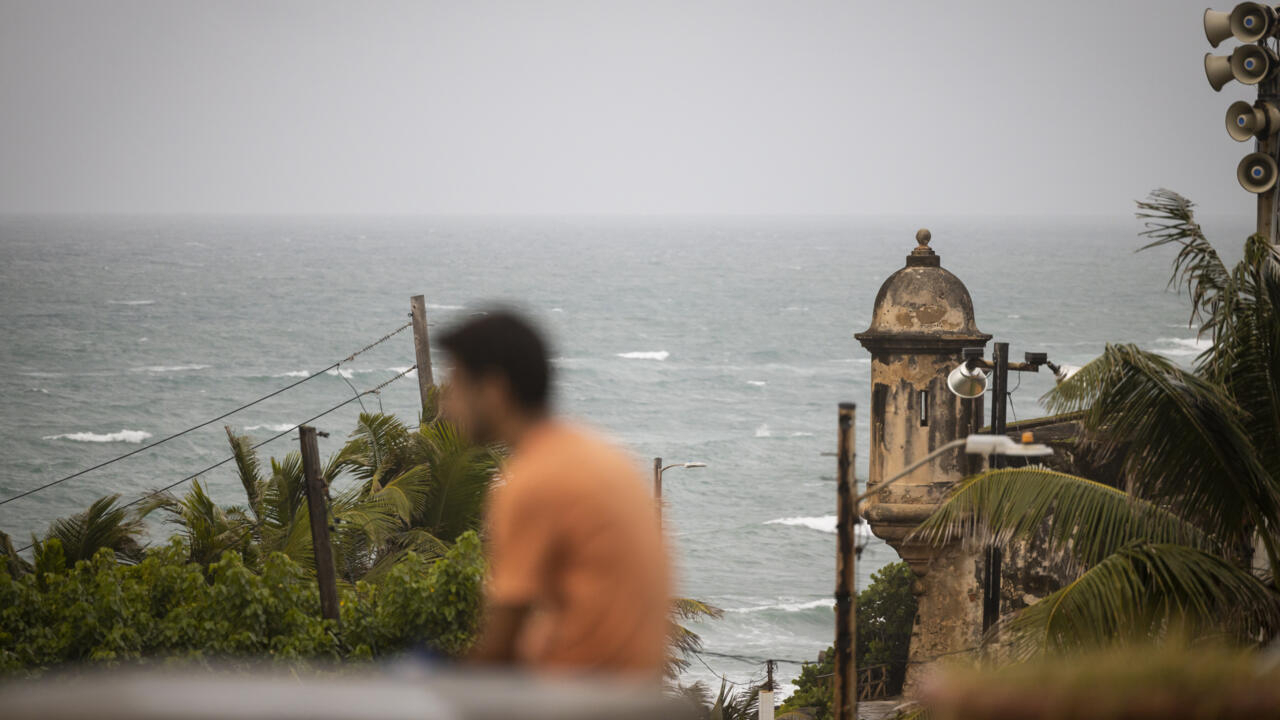 Hurricane Fiona made landfall on Sunday, September 18 in Puerto Rico, its gusts of wind and torrential rains depriving the entire American island of power, after causing one death and significant flooding in Guadeloupe.

Fiona slammed down at 3:20 p.m. local time (7:20 p.m. GMT) on the southwest coast of Puerto Rico, near Punta Tocon, carrying winds of up to 140 km/h and threatening the archipelago of catastrophic flooding" and mudslides, according to the latest bulletin from the National Hurricane Center (NHC).

The depression, which went from being a tropical storm to a category 1 hurricane on Sunday, completely deprived this American territory of the Caribbean and its approximately 3.2 million inhabitants of electricity.

“Due to the hurricane, the power grid is now out of service,” Puerto Rico Governor Pedro Pierluisi announced in a statement on Sunday, adding that emergency protocols had been activated.

"We are beginning the process of restarting the network in the north of the island with emergency generators", detailed for his part, Josué Colón, director of the services in charge of the electricity network of Puerto Rico, during an interview with local television, adding that electricity would be restored as a priority in hospitals.

Floods took place in the south-east of the archipelago, flooding roads and certain urban areas, while roofs of houses were torn off by the wind in the south-west, according to local media.

Photos posted on social media by the island's fire department also showed trees lying on the road and other debris.

US President Joe Biden approved Puerto Rico's declaration of a state of emergency in the morning, a measure that will release federal funds for relief, coordinated by the US Federal Emergency Agency Fema.

Hurricane Fiona is expected to "further strengthen within 48 hours as it moves past Puerto Rico and the Dominican Republic," the US weather service said.

A death in Guadeloupe

Fiona had already caused serious damage during her visit to Guadeloupe overnight from Friday to Saturday.

In places, the water rose more than 1.50 meters.

A man died there, carried away with his house by the waves of a flooded river.

With the warming of the surface of the oceans, the frequency of the most intense hurricanes, with more violent winds and more important precipitations, increases.

In particular, they pose an increasing risk to coastal communities.

The archipelago of Puerto Rico had been placed on hurricane alert at the end of the week, Governor Pedro Pierluisi urging the population to take shelter.

The flood alert is expected to be in effect until Monday.

A former Spanish colony, Puerto Rico, which became an American territory at the end of the 19th century before acquiring a special status of "Associated Free State" in the 1950s, has been experiencing serious infrastructure problems for several years.

The island was devastated in 2017 by hurricanes Irma and Maria which seriously damaged its power grid.

This was then privatized in June 2021 with the stated aim of solving the problem of power cuts.

The island, however, experienced a blackout in April 2022.