The dollar is heading to record a weekly decline and the euro is rising .. What about the pound and gold?

The dollar is heading to record its first weekly decline in 4 weeks, while the euro jumped 1.1% to its highest level in 3 weeks, and the pound sterling rose after a modest decline yesterday, Thursday, following the death of Queen Elizabeth II. 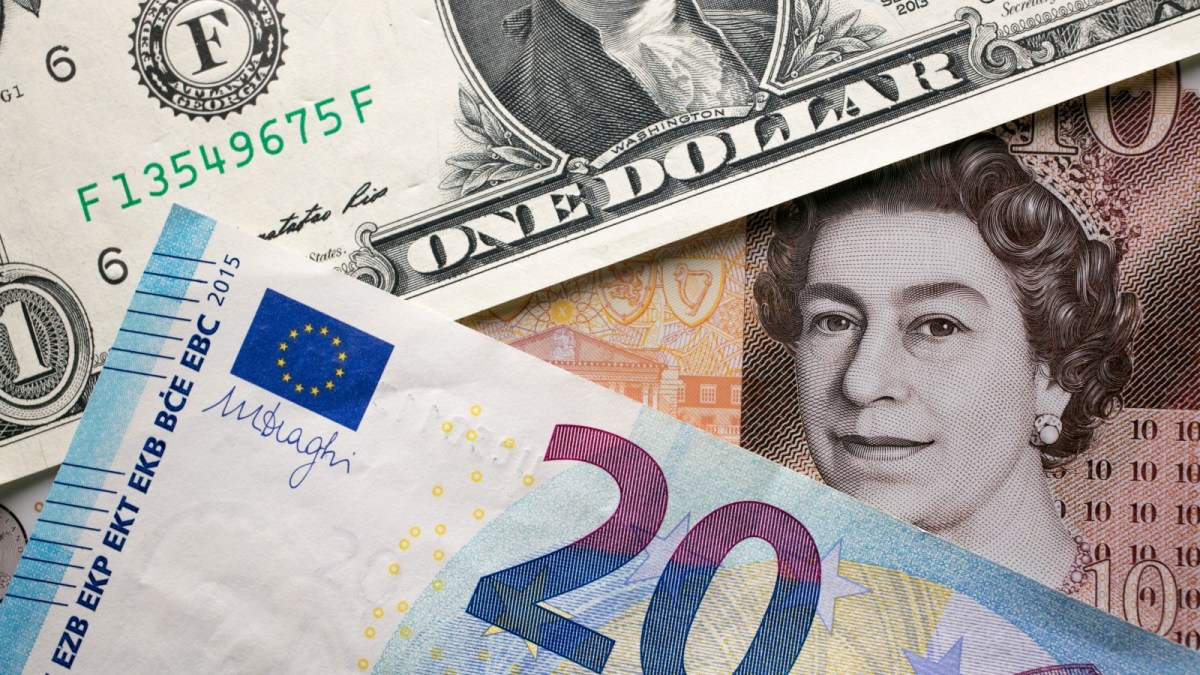 Today, Friday, the dollar is heading to record its first weekly decline in 4 weeks, while the sharp rise in interest rates by the European Central Bank led to gains for the euro, at a time when investors await US inflation data due to be published next week.

The dollar index - which measures the performance of the US currency against 6 other currencies, fell 1% on the day to 108,400 points.

It is heading to record a weekly decline of 1.1%.

The euro was among the best performing currencies, as it jumped 1.1% to its highest level in 3 weeks at $ 1.01105, a day after the European Central Bank announced an unprecedented hike in the main interest rate by 75 basis points.

The energy ministers of the European Union countries are seeking today, Friday, to reach an agreement on ways to support citizens in light of the sharp rise in energy prices, and to protect energy facilities from collapse, while Russia is gradually halting gas supplies to Europe, in the context of developments related to the Ukraine war.

The pound rose 1.2% to $1.16330, after a modest decline yesterday following the death of Queen Elizabeth II.

King Charles is due to address the nation later today.

The Japanese yen is heading for the best daily jump in a month, as it rose 1.4 percent to 142.05 yen to the dollar, after hitting its lowest level in 24 years.

The Australian dollar is also heading for its best daily gain in 3 months, as it rose 1.8% against the dollar to $0.68730, also moving away from very low levels.

Even cryptocurrencies rose at the expense of the dollar, and Bitcoin again crossed the $20,000 level, up 7%.

Gold is getting brighter

In the metals market, gold prices rose by more than 1% today, Friday, and recorded their highest level in more than a week, as the weakness of the dollar boosted demand for the yellow metal, even as policy makers at the Federal Reserve (US Central Bank) pledged to raise interest rates to tame pressures. inflation.

Gold is heading to achieve its first weekly gain in 4 weeks, and it rose about 1% this week.

"In addition to the correction of the dollar's trajectory, the decline in US 10-year Treasuries provides a positive atmosphere for gold," said independent analyst Ross Norman.