Launch of Artemis lunar rocket postponed due to technical problem

The take-off of NASA's new mega-rocket to the Moon was canceled on Monday, August 29, due to a technical problem with one of the main engines of the machine, NASA said in its direct... 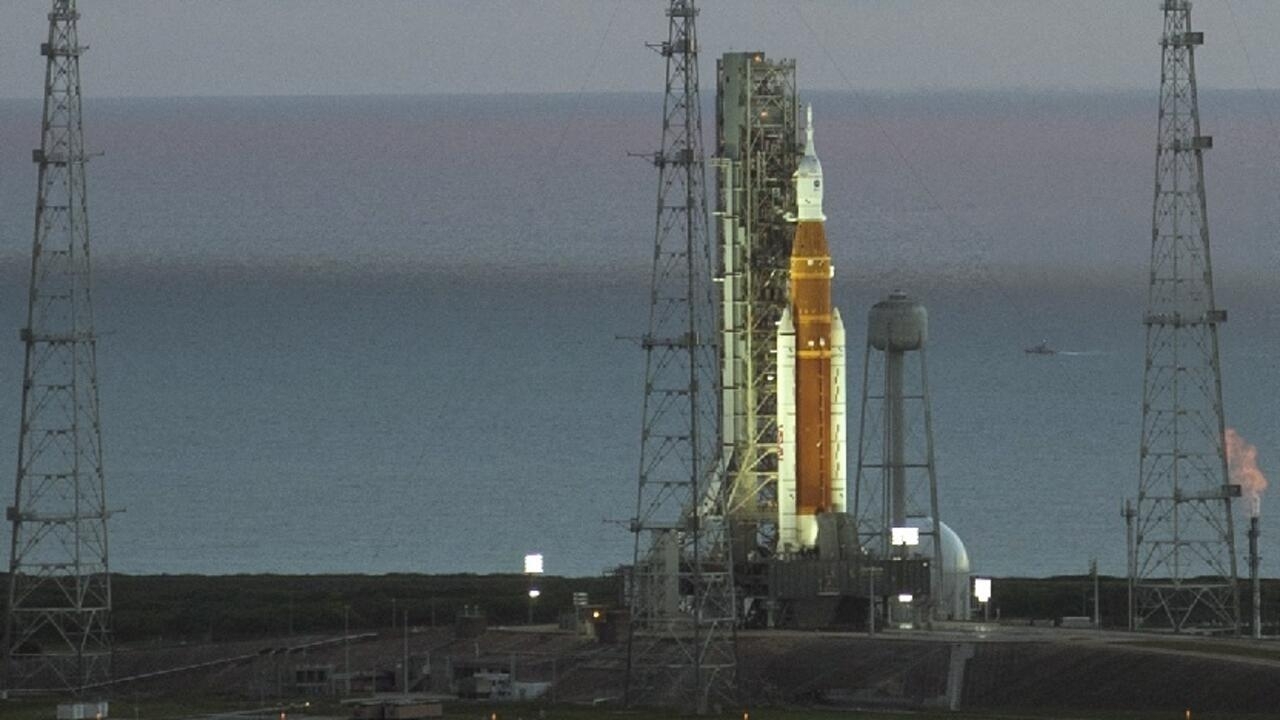 Launch of Artemis lunar rocket postponed due to technical problem

The NASA rocket, destined to fly to the Moon as part of the Artemis program, at the Kennedy Space Center, Cape Canaveral, August 29, 2022. AP - Joel Kowsky

The takeoff of NASA's new mega-rocket to the Moon was canceled on Monday, August 29, due to a technical problem with one of the main engines of the machine, NASA said in its live video.

The next possible launch date for the major US space program back to the Moon, Artemis, is Friday, September 2, then September 5.

, the American program to return to the Moon begins with a failure.

This Monday, August 29, the SLS (Space Launch System) rocket was to take off from Cape Canaveral.

This was the first mission of the Artemis program.

But at the appointed time, the rocket was still on the ground at Launch Pad 39G at Kennedy Space Center, Florida.

And shortly after, NASA (National Aeronautics and Space Administration), which oversees the program, announced the cancellation of the takeoff of the Artemis spacecraft.

In question: a technical problem on one of the main engines of the SLS rocket, 98 meters high.

The tanks of the mega-rocket have been filled with more than three million liters of ultra-cold liquid hydrogen and oxygen.

But the filling had started about an hour late, because of too high a risk of lightning in the middle of the night.

Then, a leak caused a pause during the filling of the main stage with hydrogen, before a solution was found and the flow resumed.

Said engine, located under the main stage of the rocket, could not reach the desired temperature, a necessary condition to be able to ignite it.

The launch of Artemis I will not take place today, while the teams are working on an engine purge problem.

Teams will continue to collect data and we'll let you know about the time of the next launch attempt.

The launch of #Artemis I is no longer happening today as teams work through an issue with an engine bleed.

Teams will continue to gather data, and we will keep you posted on the timing of the next launch attempt.

The next possible launch date is Friday, September 2, then September 5.

But the problem will first have to be assessed by NASA teams before determining a new date.