Both the ruling and opposition politicians had a holiday that didn't seem like a holiday. Let's analyze it with Lee Han-seok, a reporter from the Political Department. Q. Will Lee Jae-myung's 77.77% vote increase party dominance? [Reporter Lee Han-seok: 77.77% of the vote. 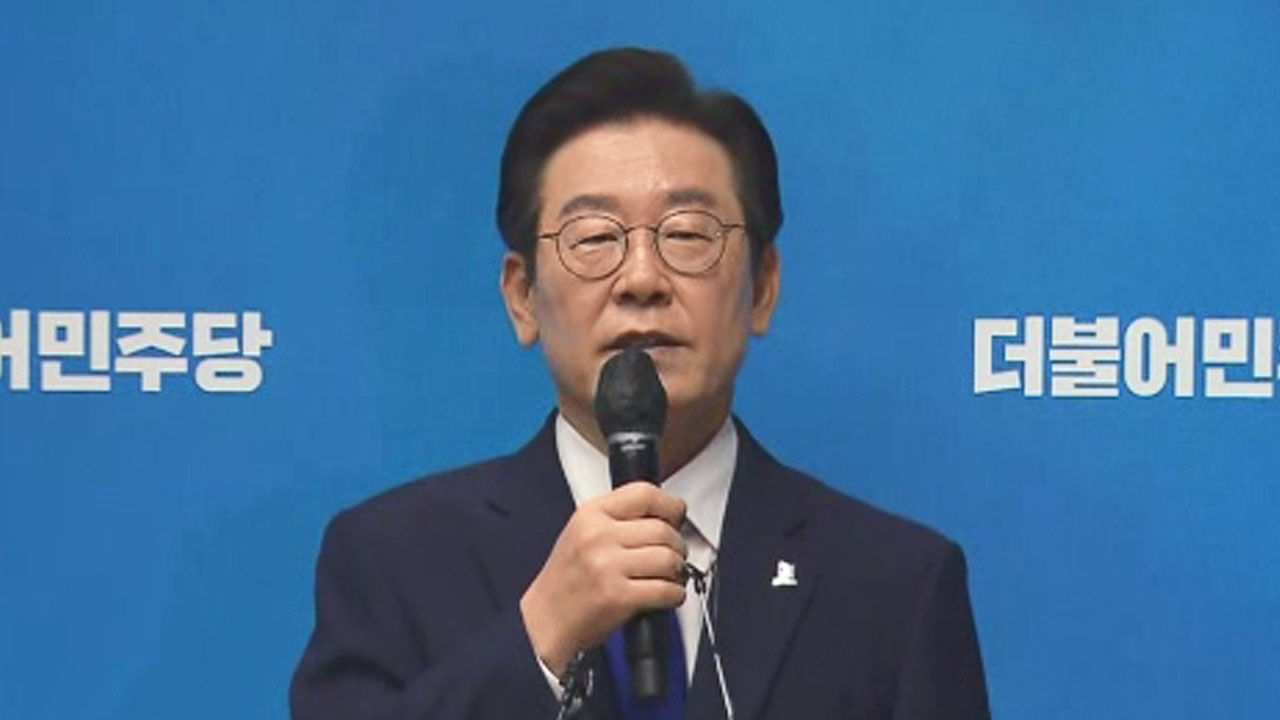 Both the politicians had a holiday that didn't seem like a holiday.

Let's analyze it with Lee Han-seok, a reporter from the Political Department.

This is the highest percentage of votes received in the Democratic Party's primary primary since 1987.

That is, it is close to the 78.04% that former President Kim Dae-jung obtained when he became a presidential candidate in 1997.

I got a vote rate comparable to that of the 3rd Kim, and this seems to be a reflection of expectations within the party for the new president, Jae-myung Lee.

Lee Jae-myung is the only person who is the right person to lead the general election two years later, and who can stand up to the Yoon Seok-yeol administration.

Isn't he the general of the periphery, as he called himself?

But after running for president, he has now entered the National Assembly and now holds the position of party leader.

We are following the path that former President Moon Jae-in walked.

Such evaluations also come out.]

Q. Can the 'judicial risk concern' be overcome?

In fact, simultaneous investigations by the police and prosecutors targeting Lee are underway.

Prosecutors are investigating the Daejang-dong allegation and the allegation of paying attorneys' fees, and the police are reinvestigating the suspicion of preferential treatment for Baekhyun-dong development and illegal sponsorship of Seongnam FC after the election.

It's just a matter of timing, but in fact, the prosecution against CEO Lee Jae-myung is a scheduled procedure.

However, in this regard, CEO Lee is dismissing allegations of judicial risk.

The allegations raised were sufficiently explained before the election, and it will be a headwind of public opinion after such an unreasonable political retaliation investigation.

This is how you do yourself.

However, as seen in the controversy over the revision of the party's constitution this time, if the prosecution is actually made, there is still a possibility that it will be the center of the non-Lee Jae-myung circle within the party and put pressure on the position of Chairman Lee.

This is still an unsettling factor.]

Q. Will the new non-captain of the people's power be resolved?

[Reporter Lee Han-seok: This is it.

If you want to get things done quickly, there is no other alternative than a non-substitute system.

This is how it seems to be judged.

The problem, however, is that there is a question mark inside and outside the party as to how much such a response conforms to common sense and public sentiment.

In particular, the key to the court's decision is that it is not an emergency.

So, there are some who point out that it is a trick to artificially define emergency situations by changing the party constitution. In fact, if you look at various opinion polls, it is a situation that the president and Yoon Hak-kwan are as controversial as the former president Lee Jun-seok.

Therefore, in the end, it is necessary to reform the party through a kind of eup and yam sect.