Seasonal floods have killed 900 people in Pakistan since the beginning of last month, and destroyed thousands of homes in Afghanistan, while waters surrounded 36 villages in Sudan. 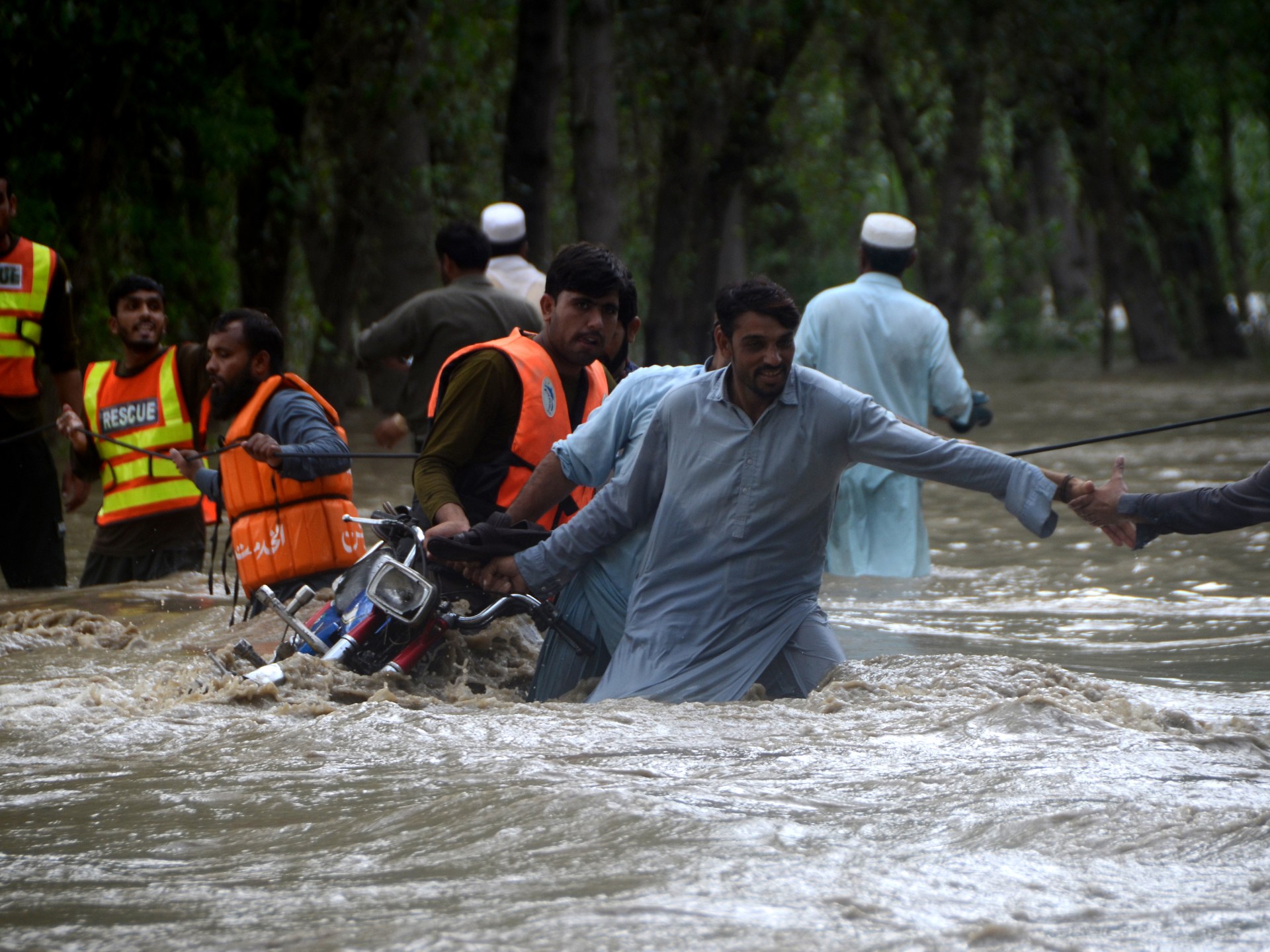 Seasonal floods have killed 900 people in Pakistan since the beginning of last month, and destroyed thousands of homes in Afghanistan, while waters surrounded 36 villages in Sudan.

Heavy rains hit much of Pakistan on Friday, and the government declared a state of emergency to deal with the monsoon floods.

The Minister of Environment of Pakistan Sherry Rehman said that the floods and torrential rains have claimed more than 900 lives since the beginning of last month, and more than 30 million people have been affected by these floods.

The Pakistani government asked the military to assist in relief operations, and appealed to international financial institutions for assistance.

A statement issued by Prime Minister Shahbaz Sharif's office Friday said 33 million people were "severely affected" by the floods, while the country's disaster agency said about 220,000 homes were destroyed and another half a million severely affected.

The floods of the Swat River also led to the collapse of houses and hotels in the city of Mingora, while many residents left their homes due to fears of rising river waters and the risk of new floods as the rains continued.

The worst affected areas are Baluchistan and Sindh in the south and west of the country, but almost all of Pakistan have suffered this year.

Pictures spread on social media on Friday of swollen rivers that destroyed buildings and bridges erected on their banks in the mountainous north.

Prime Minister Shahbaz Sharif canceled a scheduled trip to Britain, where he began overseeing the flood response and ordered the army to use all available resources for relief operations.

"I saw the scenes from the air, and the destruction cannot be expressed in words," he told state television after visiting the Sukkur district.

"Cities, towns and crops are inundated with water. I don't think this level of devastation has ever happened before," he added.

A national fundraising appeal was launched with the Pakistani army announcing that each non-commissioned officer would donate a month's salary in the framework.

Pakistan Railways said the nearby city of Quetta, the capital of Balochistan province, was cut off from the rest of the country and train services were suspended after a major bridge was damaged by a flash flood.

Also, most telecommunications networks and internet services in the region were disrupted in what the country's Communications Commission described as an "unprecedented" matter.

As for Afghanistan, Al-Jazeera correspondent reported that thousands of homes were destroyed due to continuous torrential rains and floods in Logar province, in the southeast of the country.

He added that thousands of displaced people residing in temporary camps are suffering from difficult humanitarian conditions due to the complete absence of basic services.

In Sudan, the residents of 36 villages in Kassala State are besieged by water. The Humanitarian Aid Commission said that the disasters of floods, torrential rains and floods this year in the state are unprecedented, as 29,000 families were affected by floods in localities.

The head of the emergency committee in Kassala State said that the floods claimed the lives of 7 people and destroyed more than 4,000 houses completely, and more than 11,000 homes partially, as well as flooding 180,000 acres of horticultural farms.

The Sudanese official indicated that Kassala needs humanitarian aid, especially in the field of medicines, following the floods disaster.

For his part, the Commissioner-General of the Commission for Social Security, Solidarity and Poverty Reduction in Sudan, Ezz El-Din Al-Safi, said that the floods that swept a number of states will increase poverty rates in this country.

In a statement to Al Jazeera, he warned of the repercussions of the damage caused by the floods to agricultural lands on the food situation.