Doctor Giesinger called the reasons for the "jamming" of stress

Oksana Gizinger, expert doctor of the Gemotest laboratory, Doctor of Biology, Professor of the Department of Microbiology and Virology of the Medical Institute of the Peoples' Friendship University of Russia (PFUR), in an interview with RT, explained why a person's eating behavior changes under stress and how to avoid dangerous consequences. 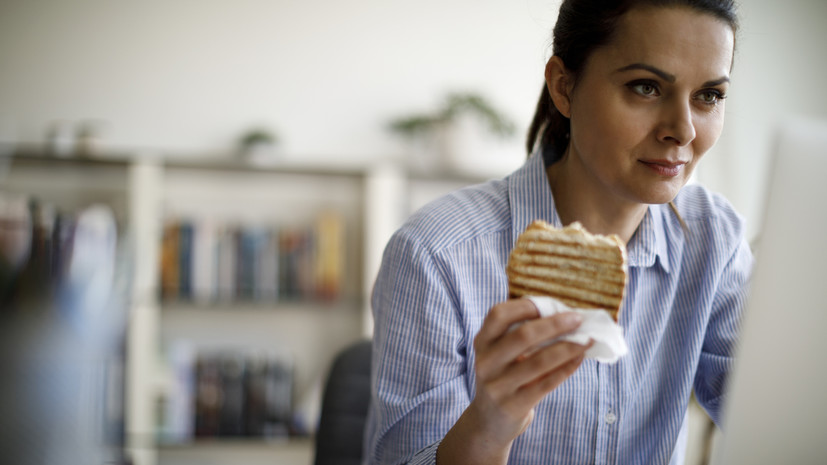 According to the expert, the body adapts to stress in different ways - in the short term, appetite may decrease.

“The nervous system sends a signal to the adrenal glands to produce the stress hormone adrenaline.

It brings a person into a state of physical arousal so that he can quickly decide on further actions - "fight or flight."

There is no time here.

If stress persists, the adrenal glands release another hormone, cortisol.

Unlike adrenaline, it increases appetite and increases food cravings, creating a kind of reserve for the worst of times.

It is assumed that cortisol increases the level of the "hunger hormone" ghrelin, while the level of leptin - the "satiation hormone" - falls, ”the specialist explained.

She added that once a stressful episode is over, cortisol levels should drop.

But if the situation is not resolved or the stress response gets stuck in the “on” position, the amount of this hormone remains elevated, the RT interlocutor warned.

The release of cortisol during constant stress is the biological cause of overeating.

There are also psychological reasons for lack of emotional support from others or lack of self-support skills.

Feeling sorry for yourself with food is a really common situation.

As a result, the weight increases, but the mood still deteriorates, ”the expert said.

For example, according to her, people opt for foods high in fat, sugar.

“It is important that overeating is not the only cause of weight gain in a stressful situation.

To return to healthy eating behavior, you first need to recognize the problem, she explained.

“If you are gaining weight or have noted its sharp decrease, while there is anxiety, irritability, depression, you should carefully consider your condition.

With constant stress and problems with weight, you need to see a doctor.

A comprehensive laboratory examination will help assess the state of the body and understand whether the complaints are associated only with stress or there is a pathology of any organ, ”concluded Gizinger.

Earlier, a gastroenterologist, nutritionist, candidate of medical sciences Irina Berezhnaya told RT in an interview with which diseases it is worth using watermelons with caution.