“They do not disdain outright lies”: how the United States is trying to shift the blame for the situation around the Zaporozhye nuclear power plant to Russia

The US authorities continue to ignore objective data about the shelling of the territory of the Zaporizhzhya nuclear power plant and the situation at the facility, thereby encouraging the impunity of the Kyiv regime and contributing to a possible catastrophe in Europe. This is how the Russian permanent mission to the UN commented on the state of affairs at the ZNPP. The situation at the nuclear facility was also discussed by Vladimir Putin and Emmanuel Macron during a telephone conversation. The President of the Russian Federation drew the attention of his French colleague that the systematic shelling of the ZNPP territory by the Ukrainian military created the danger of a large-scale catastrophe. According to analysts, the United States is interested in prolonging the conflict in Ukraine and Washington is not concerned about the possible consequences of the emergency at the Zaporozhye nuclear power plant, which will not directly affect them. These are the "costs" that the States are willing to take, experts say. 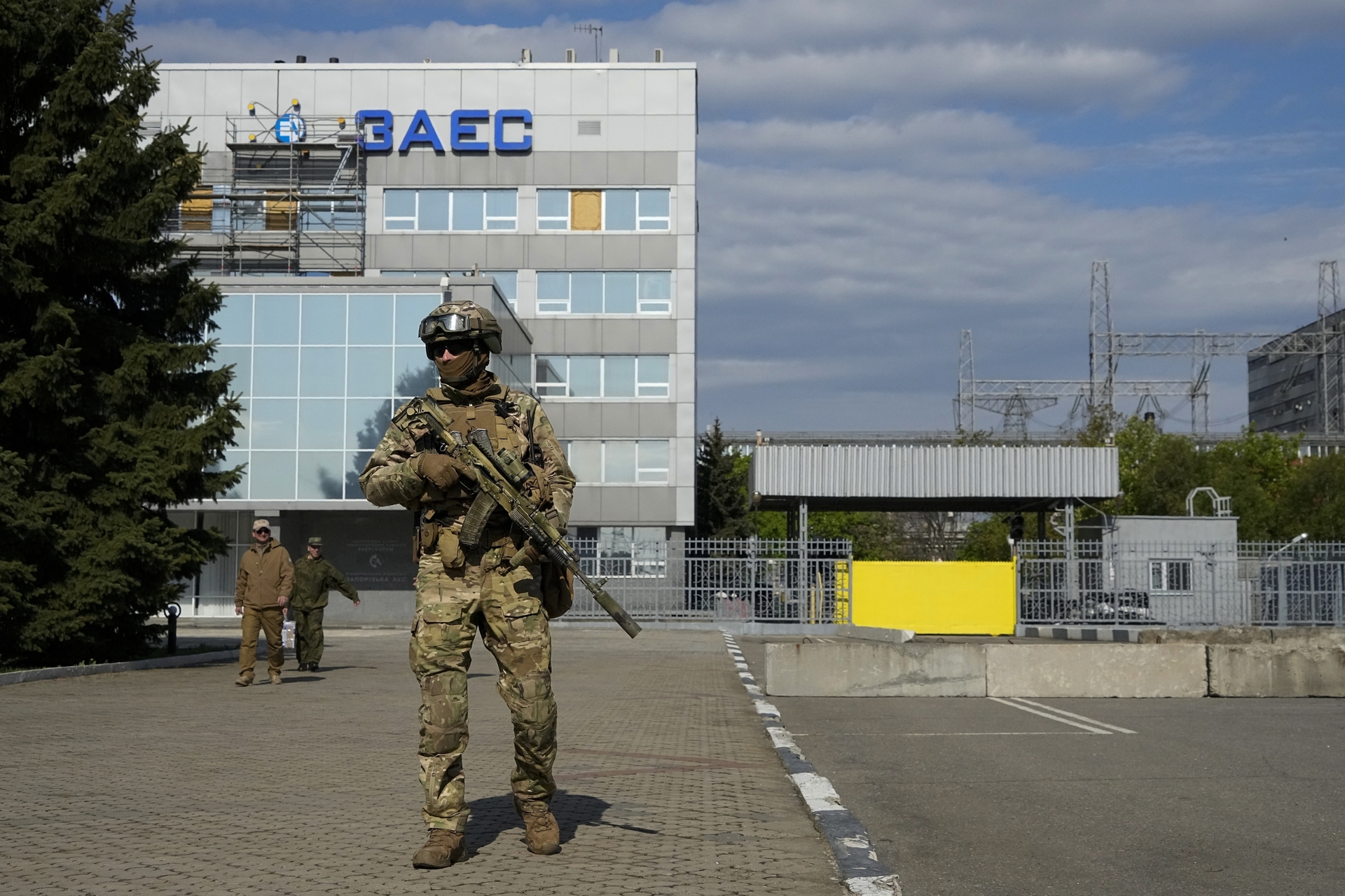 The United States continues to ignore the objective state of affairs in the area of ​​the Zaporozhye nuclear power plant, thereby provoking the Kyiv regime to continue shelling this nuclear facility.

This position was voiced in the Russian Permanent Mission to the UN, which distributed a letter among the members of the Security Council of the international organization with information about Ukraine's actions in relation to the ZNPP and their potential consequences.

“The United States continues to remain silent about objective data about the shelling and about the situation at the nuclear power plant, thus encouraging the impunity of the Kyiv regime and contributing to a possible catastrophe in Europe,” the diplomats stressed.

Earlier, the Russian Embassy in Washington stated that in the situation around the Zaporozhye nuclear power plant, the American side does not disdain outright lies in an attempt to denigrate Russia.

“According to the State Department, Russia neglects issues of ensuring nuclear safety, while Russian military personnel allegedly use violence against nuclear plant employees.

No evidence is provided, and the main culprit of what is happening is again left out of the brackets, ”the diplomatic mission noted.

“Meanwhile, under the laudatory rhetoric of Washington, the Kyiv regime continues to systematically strike at the ZNPP from multiple launch rocket systems, cannon artillery and using unmanned aerial vehicles,” the embassy said in a comment.

The publication notes that ultimately the actions of the Armed Forces of Ukraine can lead to a radiation leak, a violation of the integrity of the nuclear waste storage facility and the withdrawal of the reactor into a state of abnormal operation, as a result of which an exclusion zone will be created, and they will try to accuse Russia of nuclear terrorism.

The US administration's suppression of these facts is unacceptable, the diplomats stressed.

“We warn that such irresponsible US rhetoric is pushing the Armed Forces of Ukraine to implement criminal plans that are fraught with a man-made disaster, the consequences of which Europe will have to cope with for many decades,” the diplomatic mission summed up.

Located in the city of Energodar, the Zaporozhye Nuclear Power Plant, the largest nuclear power plant in Europe, came under the control of Russian troops back in March.

However, in recent weeks, Ukrainian forces have been shelling the station area using MLRS, heavy artillery and drones.

The Ministry of Defense of the Russian Federation characterizes the actions of the Kyiv regime as nuclear terrorism.

At the same time, the head of the RKhBZ troops, Igor Kirillov, recently said that the Kyiv regime, with the participation of Washington, plans to cause a “minor” accident at the Zaporozhye nuclear power plant, blaming Russia for this.

He also stressed that the United States is hushing up objective data about the shelling and the situation at the nuclear power plant.

“It is no coincidence that the media widely cite the conclusions of specialists from the American Agency for Arms Control and Disarmament (Washington, DC) and a number of other similar institutions in Western countries, and not the IAEA, which has the right to draw such conclusions, that the occurrence of a large-scale catastrophe on ZNPP seems unlikely,” Kirillov said.

In turn, Secretary of the Security Council of the Russian Federation Nikolai Patrushev, speaking at the 17th meeting of the secretaries of security councils of the member states of the Shanghai Cooperation Organization (SCO), stressed that Ukrainian forces are shelling the ZNPP at the suggestion of the United States.

“Ukrainians are constantly striking at the critical infrastructure of the Zaporozhye NPP.

If a man-made disaster occurs, its consequences will be felt in all corners of the world,” Patrushev said.

This issue was also discussed during a telephone conversation between Vladimir Putin and Emmanuel Macron on August 19.

According to the Kremlin press service, the Russian leader drew the attention of his French counterpart to the fact that the systematic shelling of the ZNPP territory by the Ukrainian military creates the risk of a large-scale catastrophe that could lead to radiation contamination of vast territories.

In this regard, the heads of state noted the importance of sending a mission of the International Atomic Energy Agency (IAEA) to the nuclear power plant as soon as possible, which would be able to assess the real situation on the spot.

The Elysee Palace later said that Macron plans to re-discuss with Putin the issue of sending a mission to the ZNPP in the coming days.

As clarified in Paris, the presidents agreed that the IAEA delegation could arrive at the nuclear facility on terms agreed with Kyiv and the UN.

According to Mikhail Ulyanov, Russian Permanent Representative to International Organizations in Vienna, the mission's visit could take place in early September, unless "extraneous factors" related to the goals and objectives of the IAEA visit again arise.

He added that, despite assurances to the contrary, Kyiv is not interested in the visit of inspectors to the station.

It looks like they don’t need it at all and the Ukrainian side has a negative attitude towards it,” the diplomat stressed.

Back in early June, Moscow and the leadership of the agency's secretariat fully agreed on the route and schedule of the mission to the Zaporozhye NPP.

The delegation was to be headed by the organization's CEO Rafael Grossi.

However, at the last moment, the mission was thwarted by the Security Department of the UN Secretariat, the Russian Foreign Ministry emphasized.

On August 15, the official representative of the UN Secretary General, Stephane Dujarric, said that the visit of IAEA inspectors to the nuclear power plant is possible when entering the facility from the territory controlled by the Ukrainian side.

In turn, UN Secretary General António Guterres, following a trilateral meeting with Zelensky and Turkish President Recep Tayyip Erdogan in Lviv, noted that the visit of IAEA experts to the station is possible only through Kyiv.

Experts interviewed by RT state that the United States willingly supports the outright lies of the Kyiv regime related to the subject of the Zaporozhye nuclear power plant.

“Who is really shelling the ZNPP, creating a serious threat of radioactive contamination of Eastern Europe?

The Americans preferred to hush up this question delicately.

Nevertheless, the official position of Washington is that Russia is to blame for everything, which should withdraw its troops from the ZNPP territory, which, in turn, will supposedly ensure the safety of the station.

This kind of posing the issue is absolutely unacceptable for the Russian side.

It is unlikely that any constructive dialogue is possible under such conditions, ”said Vladimir Batyuk, head of the Center for Military-Political Studies at the Institute for the US and Canadian Studies of the Russian Academy of Sciences.

According to him, the United States continues to indulge the Kyiv regime, despite the obvious danger of its actions.

“In my opinion, it is unlikely that anything will change in the short term.

It is possible that at some point the question of the station’s conservation will arise, because the continuation of its work in the conditions of such shelling becomes extremely dangerous, ”Batiuk believes.

In turn, political scientist Alexander Asafov noted that the United States will stop at nothing to prolong the conflict in Ukraine.

“Since the goal of the United States is to maximize the intensity and duration of the conflict, they support all anti-Russian positions.

In the case of the ZNPP, Washington is trying in some way to explain the monstrous actions of the Ukrainian armed forces that are shelling the plant with American weapons in order to actually cause a nuclear catastrophe, ”the political scientist noted.

A similar narrative is being broadcast in Europe, and its goal is to shift the responsibility for the situation to Russia and prevent the conflict from being resolved, Asafov added.

The consequences of the actions of the Kyiv regime do not bother the United States, the political scientist stressed.

“If a catastrophe occurs in the ZNPP area, it will not affect the territory of the United States in any way, it will not have a negative impact on the Americans.

The President of Russia has already mentioned that the United States is ready to fight to the last Ukrainian.

Washington does not care about the possible consequences of a nuclear catastrophe, which can hit a number of countries in Europe, but will not touch them.

In this case, these are the costs that they are ready to go for, ”concluded the interlocutor of RT.