Two hundred tons of natural gravel are flown out in Rickleån

During the past two days, a helicopter has flown in shuttle traffic along Rickleån, in Robertsfors municipality, and emptied natural gravel so that it will be easier for the fish to spawn. - It is important work that is needed for fishing and biological diversity, says Mattias Sundqvist who is a biologist at the county administrative board. 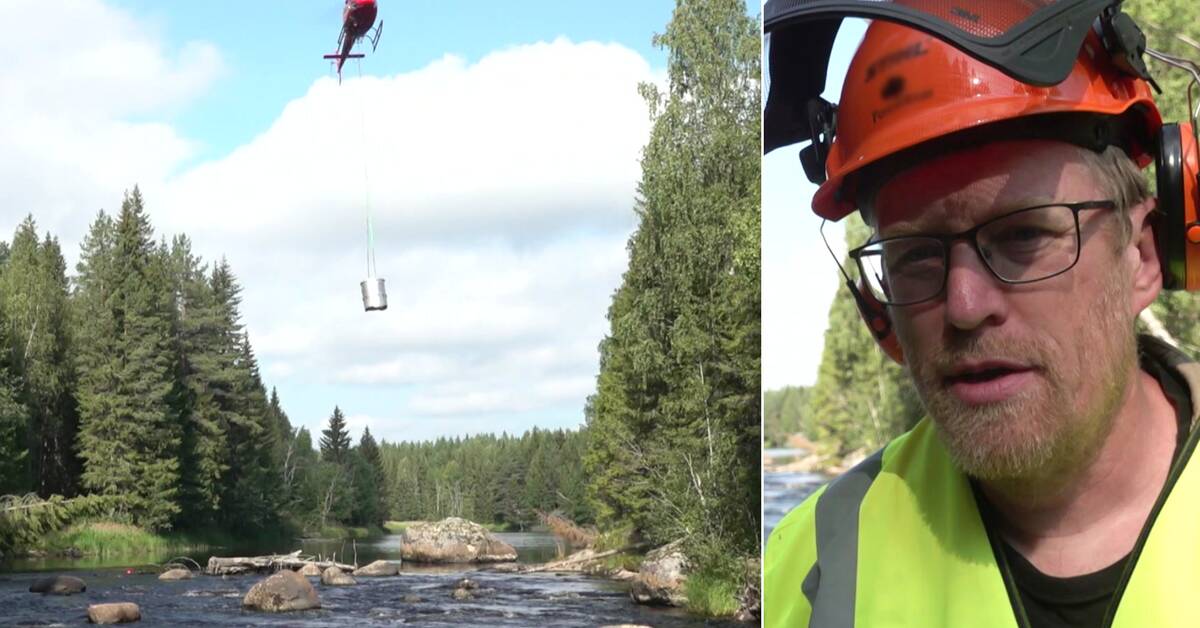 In the whole of Västerbotten County, restoration of rivers, streams and other waterways that have been damaged by floating when large stones were removed is underway.

The consequence was that the natural gravel, which was an important breeding ground for the fish, was also washed away.

- By adding back the gravel, we get nice playgrounds for the fish again and we hope that there will be even more trout and salmon in Rickleån.

In addition, we get increased biological diversity, says Mattias Sundqvist who is a biologist at the county administrative board.

The project, which has been ongoing for the past few years, is estimated to cost a total of around SEK 20 million.

We have the conditions to achieve cannon fishing here in the river, similar to the famous Mörrumsån in Småland and Blekinge, says Dante Dahlgren, who is project manager at Robertsfors municipality.

Watch the helicopter bomb Rickelån with gravel in the clip above.