Mondial-2022: the Pogba-Kante duo in the infirmary, fear on the Blues

Precious architects of the world title in 2018, the midfielders of the Blues Paul Pogba and N'Golo Kanté are both seriously affected three months before the World Cup-2022. Their fragility worries and the… 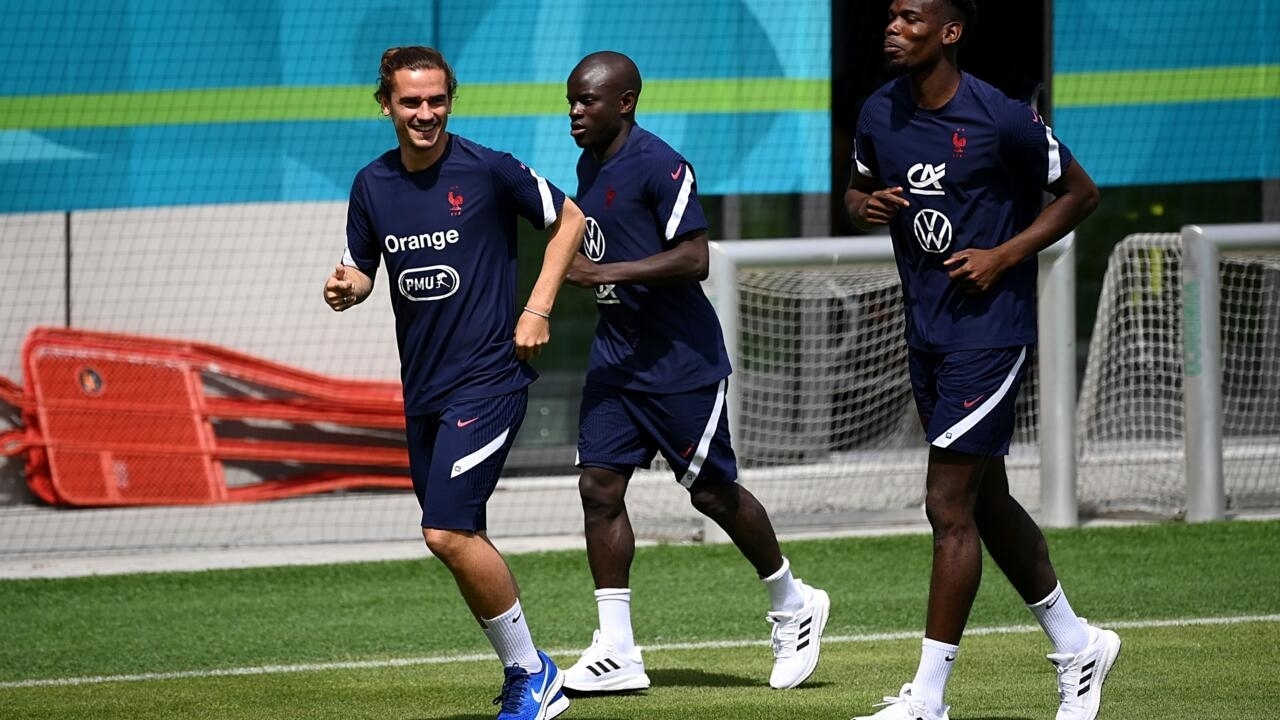 In what state will the Pogba-Kanté duo go to Qatar (November 20-December 18)?

A few weeks before the major event of the season, the two "lungs" of the France team are in the infirmary for several weeks.

The first treats a recalcitrant meniscus at Juventus Turin, the second a muscular injury to a thigh.

And if the periods of unavailability seem a priori compatible with participation in the World Cup, it is rather the multiplication of the physical glitches affecting these two players which worries.

"Paul is Paul. The background as a player and the leadership he has, it didn't happen overnight. I prefer to have all our forces (available), obviously those who have the experience also, like N'Golo who was injured a lot", had already warned coach Didier Deschamps in June.

"When I say all our strength, it means that there is no injury concern. Because the senior players obviously have a role to play in this state of mind which makes collective strength."

During this final gathering of last season, "DD" indeed experienced what a French team could be without its duo of collectors.

The former Manchester United player was still in the rehabilitation phase, while the Chelsea midfielder had only been able to play one match, before throwing in the towel for a knee problem.

Without their pair, the Blues had delivered a disappointing internship, with two 1-1 draws in Croatia and Austria, and two defeats at home, against Denmark (2-1) then Croatia (1-0), letting their Nations League title.

The return to school is not likely to help the affairs of the French: Pogba like Kanté are uncertain for the September rally, which starts on the 19th. However, these meetings against Austria (September 22) and Denmark (September 25) will serve preparation for the World Cup, due to the shortened preparation before the start of the World Cup, scheduled for November 22 for the Blues against Australia.

For Pogba, the lack of rhythm is likely to be felt, with no official match in the legs since April 19 and a rather delicate meniscus injury to treat.

Indeed, the new Juve player must undergo "conservative therapy for five weeks", a way to avoid the operation for a time envisaged.

Kanté, for his part, has missed a lot of Blues matches over the past three seasons, for various glitches as well as contamination with Covid-19.

Last season, the tireless midfielder only played three of the 13 matches for the France team!

Consequence: the duo has not started a match in Blue in the midfield since the elimination in the round of 16 of the Euro, last summer, against Switzerland.

And their next association could only occur at the World Cup...

The emergence of Tchouaméni

Behind Pogba and Kanté, the France team certainly has resources in the midfield, but the alternatives do not provide as much certainty.

In recent years, Deschamps has favored Adrien Rabiot, recalled in September 2020 after two and a half years away from the Blues.

The Juve player, whose future is uncertain a few days before the end of the transfer window, has thus accumulated 18 of his 29 selections since the start of 2021.

Deschamps can also count on the emergence of Aurélien Tchouaméni, impressive for his first 12 selections, all obtained last season.

The arrival at Real Madrid of the 22-year-old former Monegasque can take him a step further, especially if Casemiro, his competitor as a defensive midfielder, is transferred to Manchester United.

"He's a complete, radiant player. He's young but that didn't stop him from performing well with us. He certainly doesn't have the experience of Paul and +NG+ but potentially... He has the maturity you need", explained the coach at the end of May.

Enough to assert itself at the World Cup?