Hail and rain chaos over Båstad: "Never seen anything like it"

Streets turned into torrents, basements filled with water and properties suffered moisture damage worth millions. On Thursday, a monster rain fell over Båstad. 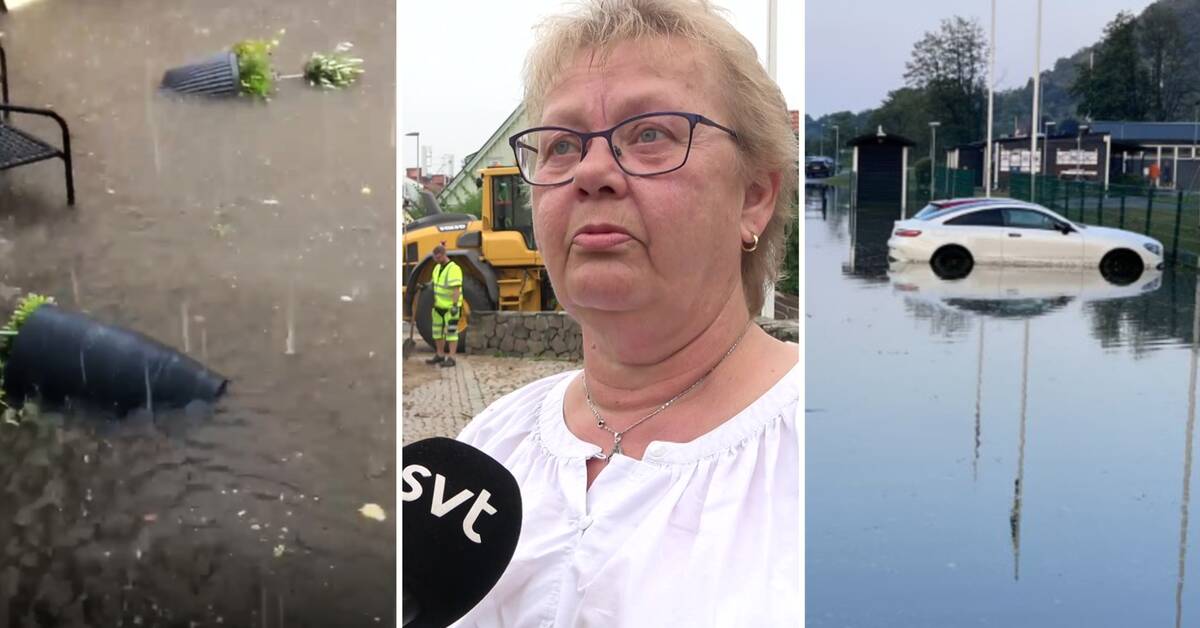 Fredrik Lohanka points and shows: the garden is partially completely destroyed by the rain.

Eva Kjällsdotter says that she had to have help to be able to wade across the street to her car, the current was so strong.

- I have never seen anything like it, says rescue manager Pelle Pettersson, Båstad.

In connection with the heavy downpour, large pieces of ice also hailed in Båstad.

Damages in the millions

About 60 properties suffered more or less extensive moisture damage when the violent rain over Båstad on Thursday filled the streets and flowed into the houses.

According to Pelle Pettersson, it is about damages worth millions of kroner.

- It also affected schools and preschools, but they were able to continue teaching, he says.

Hear more stories about the rain chaos and see the pictures from Båstad in the video above.

Pelle Pettersson has worked in the rescue service for 25 years but has never seen anything like this.