“They left their positions”: the Russian Defense Ministry spoke about the execution of 100 Ukrainian nationalists by colleagues

During a special military operation in Ukraine, the Russian army managed to advance in the Kharkov direction. According to the official representative of the Russian Defense Ministry Igor Konashenkov, in response to the retreat of the 58th motorized infantry brigade of the Armed Forces of Ukraine from a position near the village of Udy, nationalists from the Kraken regiment exponentially shot 100 retreaters. Konashenkov stressed that the Armed Forces of Ukraine are suffering significant losses. Thanks to the well-coordinated actions of the missile forces, aviation and artillery, it was possible to hit six command posts, four depots of missile and artillery weapons and ammunition, as well as hit manpower and military equipment in 247 districts. 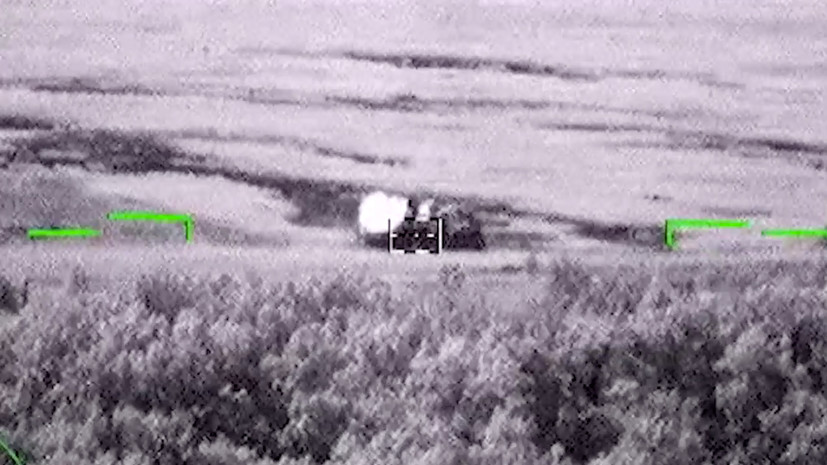 As a result of the offensive of the allied forces in the Kharkiv direction, units of the 58th motorized infantry brigade of the Armed Forces of Ukraine left their positions near the village of Udy, the Russian Defense Ministry reported.

In response to this, the nationalists from the Kraken regiment exponentially shot 100 retreating servicemen.

According to the official representative of the Ministry of Defense of the Russian Federation, Lieutenant General Igor Konashenkov, strikes were carried out on the nationalist units "Azov" in the area of ​​Nikolaevka and "Aidar" in the area of ​​Soledar.

Thus, the Aerospace Forces (VKS) of Russia liquidated more than 50 nationalists with high-precision weapons and destroyed 12 pieces of military equipment.

The Aerospace Forces also attacked a warehouse of weapons and military equipment.

A concentrated fire strike on the positions of the 14th mechanized brigade in the area of ​​Stary Saltov, Kharkiv region, led to the loss of more than 100 personnel of the Armed Forces of Ukraine.

The Ministry of Defense stressed that missile troops, aviation and artillery continue to strike at Ukrainian military facilities.

Over the past 24 hours, six command posts of the Armed Forces of Ukraine and four depots of rocket and artillery weapons and ammunition have been hit, manpower and military equipment have been destroyed in 247 districts.

In addition, the Russian military destroyed a US-made M777 howitzer near the village of Primorskoye, Zaporozhye region.

The situation in the DPR

Over the past day, the territory of the DPR was again subjected to shelling by the Armed Forces of Ukraine.

“After 06:00 Moscow time, Ukrainian security forces fired a total of 17 shells on the territory of the DPR, of which six were 155 mm caliber.

Gorlovka and Novobakhmutovka were shelled, ”the representative office of the Donetsk People’s Republic in the Joint Center for Control and Coordination of the Ceasefire Regime (JCCC) reports in its Telegram channel.

During the day, six civilians were killed in the Donetsk People's Republic, 23 people were injured as a result of shelling by the Armed Forces of Ukraine, the DPR JCCC said.

Four children were among the victims.

Oleg Kryuchkov, adviser to the head of Crimea on information policy, said the day before that air defense systems had worked in Kerch.

He stressed that there is no danger to the city and the (Crimean. -

Traffic on the Crimean bridge is carried out as usual, the press service of the FKU Uprdor Taman said.

Earlier in Sevastopol, near the Belbek airport, an unmanned aerial vehicle was shot down by means of air defense.

The governor of the city, Mikhail Razvozhaev, stated in his Telegram channel that there were no injuries or casualties.

In the Belgorod region on August 18, a fire broke out in an ammunition depot, the governor of the region Vyacheslav Gladkov said in his Telegram channel.

No residents were hurt, he added.

Later, the governor noted that the fire was localized, sappers are working on the spot.

Experts find out the causes of the incident.

Residents of the villages of Timonovo and Soloti were evacuated, after the permission of the military they will be able to return home, said the head of the Valuysky urban district, Alexei Dybov.

He added that there was no serious damage to households, but there were single damage to window panes due to the blast wave.

Earlier, Gladkov said that a large number of Lepestok anti-personnel mines were found in the Shebekinsky urban district.

“We had several attacks on the territory of the Shebekinsky urban district in the Sereda area, so we still cannot make a decision on the return of residents there.

And Petals were scattered in large numbers and at a great distance,” the governor said.

He clarified that now in nine districts of the region, schools cannot start work.