The fabulous story... of the toothbrush

The toothbrush is without doubt one of the everyday objects most used by human beings. Brushing your teeth using a dedicated utensil is a practice that has however taken a lot… 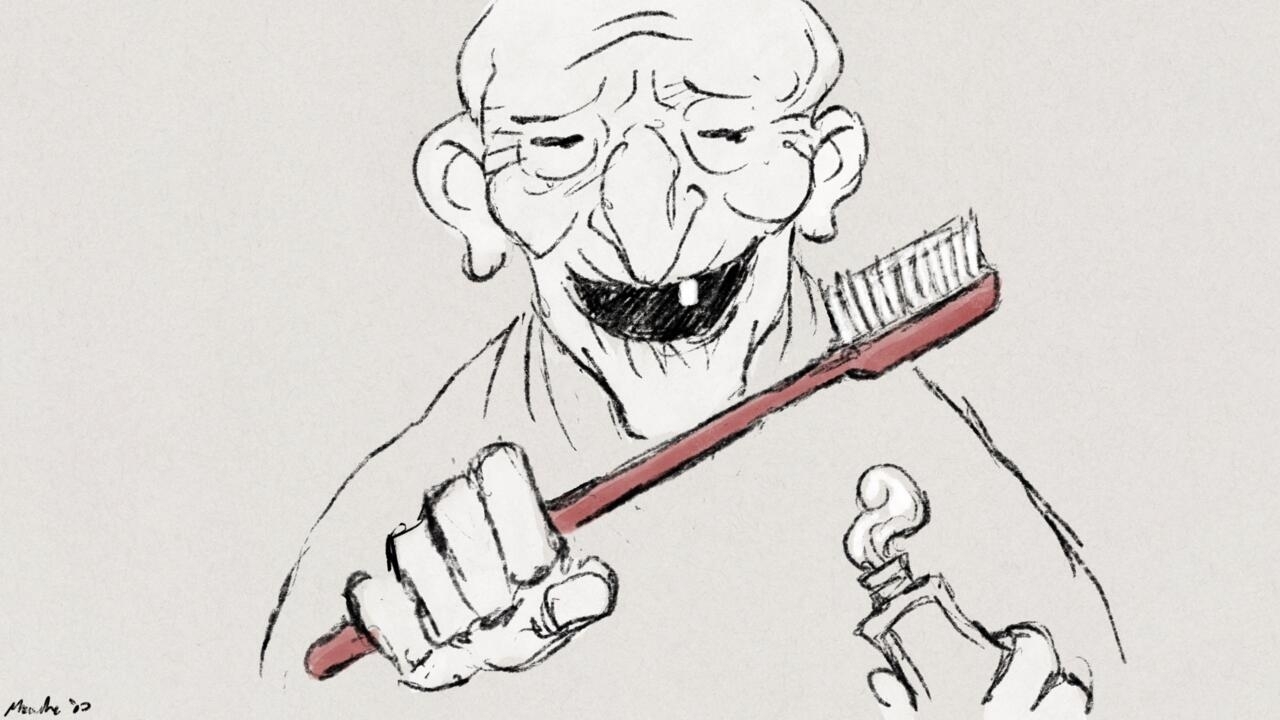 The fabulous story... of the toothbrush

If human beings have been brushing their teeth since the dawn of time, the appearance of a utensil specially dedicated to this activity is finally quite recent.

The toothbrush is without doubt one of the everyday objects most used by human beings.

Brushing your teeth using a dedicated utensil is a practice that took a long time to gain acceptance around the world.

RFI looks back on the very long history of the toothbrush.

Unless your oral hygiene is somewhat questionable, this is a tool that you use at least twice a day, for three minutes each time if you follow the recommendations of dentists, or even a little less if you are in a hurry or simply too lazy to follow the instructions of the medical profession.

But during those long minutes spent every morning and every evening in your bathroom, have you ever wondered when this essential object of everyday life, the toothbrush, was invented?

If human beings have been brushing their teeth since the dawn of time, the appearance of a utensil specially dedicated to this activity is finally quite recent.

In antiquity, the Romans and Egyptians used wooden rods coated with opiate, an ancestor of toothpaste.

In Rome, we do not joke with oral hygiene since one of the common practices to take care of our teeth is to use urine for enamel whitening.

We leave you alone to judge the effectiveness of such a technique...

A little later in history, other peoples also used pieces of wood whose end was frayed into fibers or toothpicks, sometimes made from porcupine bristles.

But it was in the Middle Ages that oral hygiene began to take a back seat.

People are now just rinsing their mouths or “washing” their teeth using scraps of cloth.

At the time, legend has it, for example, that King Saint-Louis only washed his mouth six times a year before religious holidays.

It is finally far from Western Europe that we found the trace of what is similar to the first toothbrush in the history of humanity.

A Chinese encyclopedia from 1609 reports that

, consisting of a handle and boar bristles, appeared in China in 1498.

Admittedly, China was at the time a country far removed from old Europe, but the toothbrush still took a long time to establish itself in Western civilizations, and it was not just a question of distance.

In 1570, the Spanish ambassador presented a wooden stick topped with wild boar hair to the court of France, but the object was far from unleashing passions, doctors at the time favoring ointments and ointments for the oral hygiene.

Still, the toothbrush is then a luxury object exclusively reserved for the richest, who, the height of hygiene, wore it in a necklace around their neck.

Unsavory, especially when you know that these brushes made with boar bristles were real bacteria nests.

This is also their main drawback at the time.

A child brushes his teeth.

In the Age of Enlightenment, the toothbrush was still a confidential object.

His destiny will however take a new turn thanks to a London paper manufacturer.

William Addis is then in prison, wrongly accused of having started a riot, when he comes up with the idea of ​​launching into the production of toothbrushes while watching a guard pass the broom.

In 1780, a toothbrush, quite similar to the one we know today, made with a bone handle and horsehair bristles, was mass-produced for the first time.

The success is immediate and William Addis becomes extremely wealthy.

However, the commercial success of Addis will still take time to spread to the rest of the world, even if mentalities are beginning to change.

In France, Napoleon Bonaparte was well known for paying attention to his hygiene and in particular to his teeth.

The Emperor's dental kit is

still kept by the Fondation Napoléon

If the toothbrush struggled to impose itself, it was also because at the time its bristles were still made of pig bristles, with boar or badger bristles which dried poorly and swarmed with bacteria.

The arrival of synthetic hair with the invention of nylon will change everything.

It was the American company DuPont which put a nylon brush on the market for the first time on February 24, 1938.

It was only at the turn of the post-war period that the toothbrush was to spread massively in Europe and the Western world.

In 1944, with the landing, the American GIs brought in their luggage a plethora of objects never before seen on the Old Continent.

Young Europeans then discovered Coca-Cola, chocolate bars and even chewing gum to their delight.

A real poison for the teeth, but the American soldiers also bring in their packages the antidote: the toothbrush with nylon bristles, which will greatly help to generalize its use.

Since then, toothbrushes have continued to evolve.

They have become electric, with an articulated head or even with a Bluetooth connection… However, there remains an essential element of dental hygiene that has not been covered in this article: toothpaste.

Its origins, however, are much older than those of the tool you use to apply it to your teeth every morning and every evening, but that's another story...

► To read also: The fabulous story...