Foreign Affairs: Playing with fire in Ukraine .. the risks of a catastrophic escalation do not receive enough attention

In his article in the magazine "Foreign Affairs", John Mearsheimer, a professor of political science and international relations, warns of the dangers of an escalation of fighting in the Russian-Ukrainian war, and he also expressed pessimism about the course of the war. 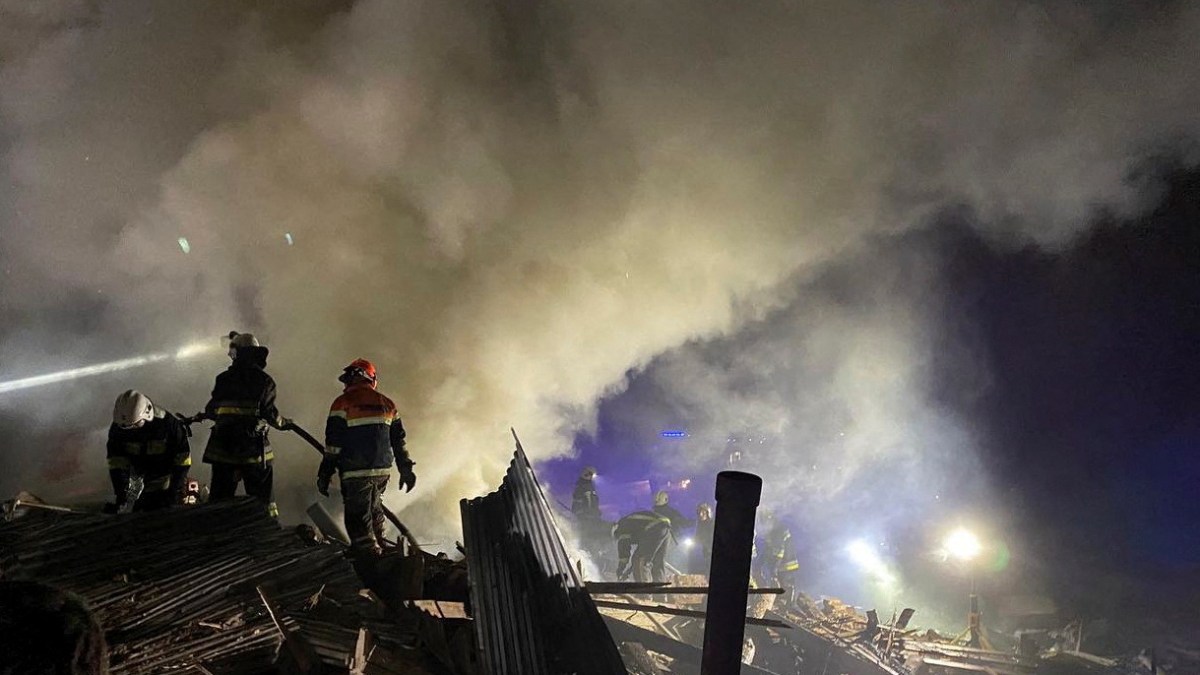 John Mearsheimer, professor of political science and international relations at the University of Chicago, was pessimistic about the course of the Russian war in Ukraine, while warning of the dangers of an escalation in the fighting.

He said that Western policymakers had apparently reached a consensus that the conflict in Ukraine would reach a long-term stalemate, and that a "weak" Russia would eventually accept a peace agreement that would appeal to the United States and its NATO allies. ), as well as for Ukraine.

However, Mearsheimer disagrees, describing Washington and its allies as "too arrogant" and questioning the warring parties' ability to manage the risk of a "catastrophic" escalation that he sees as avoidable.

And he warned in his article - in the American magazine "Foreign Affairs" - that the consequences of escalation could include a major war in Europe and perhaps even nuclear annihilation, "there is good reason to be concerned."

He said the United States had linked its reputation to the outcome of the conflict in Ukraine, adding that US President Joe Biden had called the fighting there "genocide" and accused Russian President Vladimir Putin of being a "war criminal" who should be tried for it.

If Russia wins in Ukraine, the United States' standing in the world will be dealt a severe blow, he says.

Mearsheimer referred to the reasons why all the parties to the conflict cling to their positions;

Russia sees the possibility of Ukraine joining NATO as a "direct threat" to its national security, while the United States seeks to "weaken Russia to the point where it cannot do what it did when it invaded Ukraine," according to a previous statement by US Defense Secretary Lloyd Austin.

As for Ukraine - and we are still talking about Mearsheimer - it has the same goals of the Biden administration, and that the Ukrainians are intent on regaining the lands they lost and seized by Russia, including the Crimea.

He went on to say that Kyiv, Washington and Moscow are all firmly committed to achieving victory at the expense of their opponent, leaving little room for compromise.

He added that Ukraine is working to close its relations with the West at a time when the hostility that has fueled the conflict in the Donbas region between pro-Russian separatists and the Ukrainian government, over the past eight years, has become more intense than ever.

In his article, the American academic pointed out that the conflict of interests between the parties to the conflict is the reason why observers believe that a negotiated settlement will not occur in the near term, but they underestimate the possibility of a "catastrophic" escalation resulting from a long-term war in Ukraine.

He stressed that there are 3 basic ways inherent in the course of war: either one or both sides intends to achieve victory;

or one or both of them resort to escalation to avoid defeat;

However, in his view, any of these ways has the potential to engage the United States in combat or push Russia to use nuclear weapons, and perhaps both.

The US military may be involved in the fighting in several ways, including assuming that the war will continue for a year or more without any diplomatic solution looming on the horizon, with the situation devoid of any path that enables Ukraine to win, while Washington strives - at the same time - to end the war;

Because it needs to focus on containing China, or because the economic costs of supporting Ukraine cause political problems at home and in Europe.

Under such circumstances, U.S. policymakers would have reason to consider taking more risky steps—such as imposing a no-fly zone over Ukraine or bringing in small units of U.S. ground forces—to help Ukraine defeat Russia.

Mearsheimer envisioned any US involvement in the war, saying that the most likely scenario would happen if the Ukrainian army began to collapse, and it appeared that Russia would achieve a major victory.

If this happens, the expected scenario is that the United States will turn the tide of the war by engaging directly in the fighting.

As for the last scenario, the American intervention entails an unintended escalation as Washington is drawn into the war through an unexpected event that escalates at a rapid pace, perhaps due to a collision between American and Russian combat aircraft by mistake.

Intervention could occur if Lithuania blocks the passage of sanctioned goods that travel through its territory as they make their way from Russia to Kaliningrad, the Russian enclave that has no land borders with the rest of the country.

Russia may, according to a Foreign Affairs article, destroy a building in Kyiv or a training site somewhere in Ukraine and unintentionally kill a large number of Americans, such as aid workers, intelligence agents or military advisers.

In this case, President Biden will be forced to retaliate by striking Russian targets, which will cause the other side to respond.

Finally, there is the possibility that the fighting in southern Ukraine could damage the Zaporozhye nuclear power plant, the largest of its kind in Europe, potentially threatening to spread its radiation throughout the region.