Attack on Salman Rushdie: indicted by a grand jury, the suspect pleads not guilty

Hadi Matar, indicted by a grand jury for attempted murder and assault on the person of Salman Rushdie, pleaded not guilty Thursday in New York state. The 24-year-old was kept... 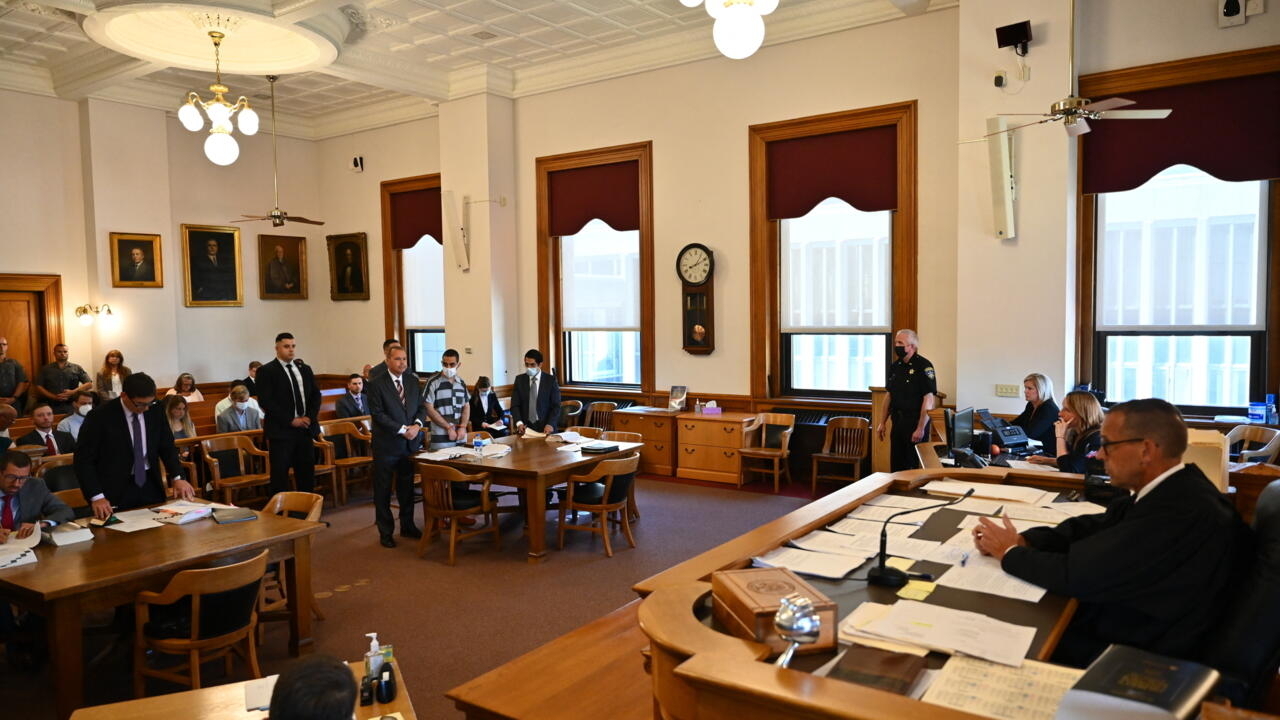 The suspect in the attack on Salman Rushdie pleaded not guilty Thursday (August 18) to attempted murder and assault in a New York state court, in a first appearance after his indictment by a grand jury.

Hadi Matar, a 24-year-old American of Lebanese descent, is accused of stabbing Salman Rushdie, the British author of "Satanic Verses", on August 12, an attack that shocked in the West but was hailed by extremists in the country. Muslims like Iran or Pakistan.

The writer, pursued for 33 years by a fatwa from the Iranian Supreme Leader condemning him to death, had come to speak in the small town of Chautauqua, the site of an annual literary festival for decades, very close to Lake Erie which separates the United States of Canada.

Arrested immediately after the facts, Hadi Matar had already pleaded not guilty during a procedural hearing on Saturday but the appearance this Thursday, before the Mayville court in the presence of the press, suggests a trial in several months.

Hadi Matar, head down, masked, handcuffed and dressed in a prisoner's outfit with black and white stripes, spoke Thursday through the voice of his lawyer Nathaniel Barone.

He did not open his mouth except to twice answer "yes" to procedural questions.

He faces up to 25 years in prison for attempted murder and up to seven more years for assault.

Judge David Foley kept him in custody, without the possibility of bail, and the prosecution repeated that the attack was premeditated and “targeted” Salman Rushdie.

Me Barone stressed to the press that his client was entitled to a "fair trial" and to respect for the "presumption of innocence" in the "rule of law" and the "democracy" that are the United States.

More surprisingly, the lawyer regretted that this extraordinary case was the subject of such media exposure and a "public trial".

In fact, Hadi Matar gave a video interview from prison to the New York Post tabloid on Wednesday, which greatly shocked the Mayville court.

Hadi Matar said he was "surprised" that Salman Rushdie survived the attack.

Hadi Matar is due to appear in court again on September 7 and 22, according to Judge Foley.

But Chautauqua County District Attorney Jason Schmidt admitted to the press that his "small" jurisdiction was not prepared for the shock of such a case.

Investigators from the federal police, the FBI, are also investigating and nothing excludes that the case will one day be tried at the federal level.