“More than 90 militants were destroyed”: the Ministry of Defense of the Russian Federation announced a strike on the base of foreign mercenaries in Kharkov

During a special operation in Ukraine, a high-precision weapon hit a temporary base for foreign mercenaries in Kharkov. According to the official representative of the Ministry of Defense of the Russian Federation, Lieutenant General Igor Konashenkov, more than 90 militants were eliminated as a result of the strike. He clarified that the Ukrainian formations are suffering significant losses in other areas. In particular, the 37th battalion of the 56th motorized infantry brigade of the Armed Forces of Ukraine, which was operating in the Avdiivka area, completely lost its combat capability and was withdrawn to the rear for reorganization after the loss of more than 60% of its personnel. 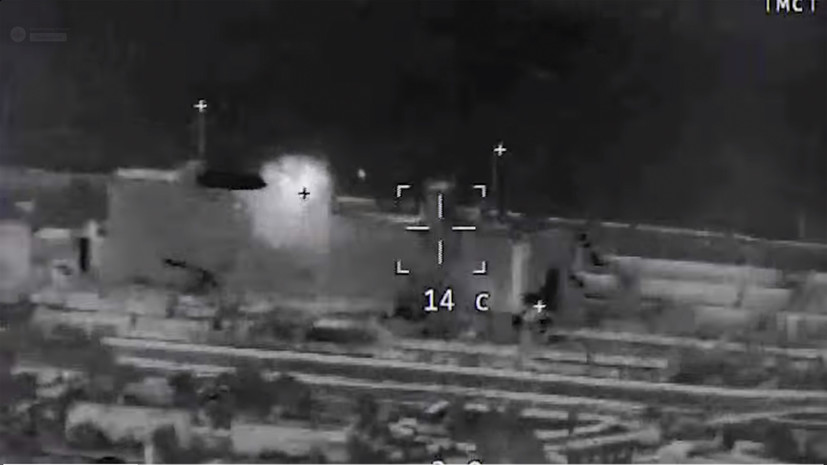 Over 90 foreign mercenaries were eliminated as a result of a ground-based precision weapon strike on the positions of Ukrainian troops in Kharkov.

Such data during a briefing on August 18 was announced by the official representative of the Russian Ministry of Defense, Lieutenant General Igor Konashenkov.

According to him, the enemy is also suffering significant losses in other areas of the special operation.

Thus, the 37th battalion of the 56th motorized infantry brigade of the Armed Forces of Ukraine has completely lost its combat capability as a result of the use of operational-tactical aviation of the Aerospace Forces (VKS) of Russia in the Avdiivka area.

“The losses of personnel exceeded 60%.

The command of the operational-tactical group "Donetsk" has withdrawn the remnants of the battalion to the rear for reorganization," the Russian Defense Ministry said.

Another 80 nationalists were killed and more than 50 wounded as a result of strikes with precision-guided weapons of the Russian Aerospace Forces on the accumulations of manpower and military equipment of the 18th battalion of the 35th Marine Corps Brigade of the Armed Forces of Ukraine in the areas of the settlements of Belaya Krinitsa and Velikoye Artakovo.

In the Nikolaev region, about 60 nationalists and eight units of special vehicles were liquidated by an army aviation strike at the point of temporary deployment of the 1st battalion of the 28th mechanized brigade of the Armed Forces of Ukraine, Konashenkov said.

Also, as a result of concentrated artillery strikes by Russian troops on the combat positions of the 95th Airborne Assault Brigade of the Armed Forces of Ukraine in the area of ​​​​the settlement of Mazanovka on the territory of the DPR controlled by Ukrainian units, more than 250 nationalists were killed.

Meanwhile, missile troops, aviation and artillery continue to strike at military infrastructure facilities on the territory of Ukraine.

Along with this, three depots of rocket and artillery weapons and ammunition were destroyed in the DPR and the Nikolaev region.

In total, since the beginning of the special operation in Ukraine, 267 aircraft, 148 helicopters, 1,757 unmanned aerial vehicles, 366 anti-aircraft missile systems, 4,340 tanks and other armored combat vehicles have been destroyed.

13 settlements of the DPR were shelled, one civilian was killed, nine were injured.

Meanwhile, as a result of joint actions of the DPR and Russian military personnel, one armored personnel carrier, two mortars, three off-road vehicles and more than 20 personnel were destroyed.

In turn, the People's Militia of the LPR stated that over the past 24 hours, during the active offensive operations of the units of the republic, up to 50 enemy personnel, seven armored personnel carriers and five units of special vehicles were destroyed.

In addition, units of the republics of Donbass continue to carry out mine clearance on their territory.

“During August 17, they cleared more than eight hectares of territory from explosive objects left by Ukrainian nationalists in the areas of the settlements of Sinetsky and Pavlograd,” the NM of the LPR said in a statement.