Ukraine threatens to dismantle a bridge linking Russia to Crimea

Ukraine threatened, on Wednesday, to dismantle the Kerch bridge, which Moscow built at a high cost to connect Russia with Crimea, where several explosions occurred at Russian military bases. 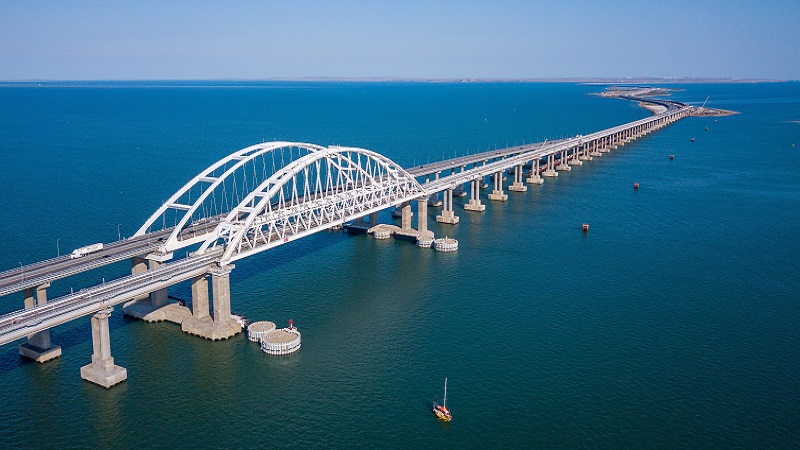 Ukraine threatens to dismantle a bridge linking Russia to Crimea

Ukraine threatened on Wednesday to dismantle the costly Moscow-built Kerch bridge to connect Russia to Crimea, where several explosions have occurred at Russian military bases.

Ukraine's presidential adviser, Mikhailo Podolyak, wrote on Telegram: "This bridge is an illegal structure and Ukraine did not allow its construction. It harms the ecology of the peninsula and therefore must be dismantled. It does not matter how: intentionally or not."

The Kerch Bridge, which was inaugurated by Russian President Vladimir Putin in May 2018, is a huge and costly project that took two years to build to connect Russia with Crimea and aims to reduce the isolation of the peninsula four years after its annexation.