The desolation caused by the flames in Vall d'Ebo: "Not only the landscape burns, but also our future"

“All this land is made up of hills, ravines and the foothills of the mountains that enclose it. With difficulties, another piece of land better planted with trees will be found, or rather... 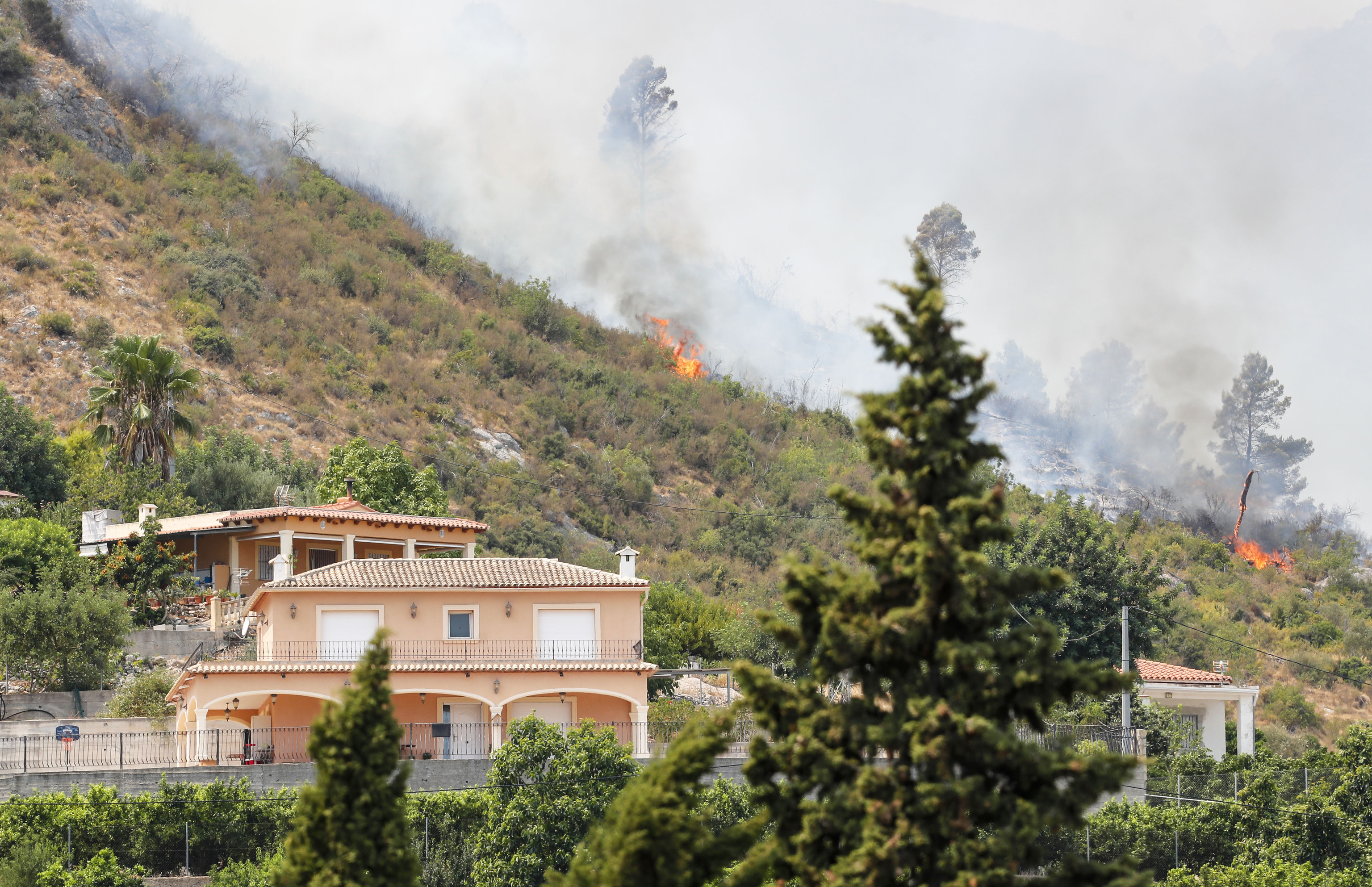 «All this land is made up of hills, ravines and the foothills of the mountains that enclose it.

It will be difficult to find another piece of land better planted with trees or better used.

From the bottom, almost to the top of the mountains, you can see small fields in an amphitheater and, in them, the beautiful confusion produced by the multitude of trees of all species, carob trees, pomegranates, holm oaks, mulberry trees, walnut trees, olive trees, cherry trees, pines ...».

now burns in the 18th century and that, already in the 20th, another ethnonaturalist, Joan Pellicer, baptized as

The mountainous heart of Alicante, between the counties of

, is being consumed by flames without any sign that there may be control in the coming hours and with them the future of its people, who are becoming fewer and older, but who still clung to an engine that sustained their hope: its landscape of high rocks, viewpoints, caving caves such as the Rull cave, ravines and castles, those in which

, the most famous Mudejar lord of the 13th century, made a stronghold in his revolts with Jaume I.

Inhabited since prehistory due to its privileged mountainous location near the sea, it has an important Iberian site and cave paintings declared a World Heritage Site in the

A whole source of wealth that had made ecotourism take off in the face of rampant depopulation.

And now he is in danger.

In June 2022, the Vall d'Ebo City Council announced that it was offering rent and fiber optics for telecommuting to families with children who settled in the town.

The objective of its mayor,

This fire, that nobody knows yet when it has affected their homes, is going to complicate it.

"Services have been lost, there were two butcher shops and they closed, and the neighbors, who used to go to work and come back, have already left the town."

, owner of La Cariola, who has opened two rural houses in recent years.

“There is a lot of interest in hiking, in the landscape, and hunting the Barbary sheep (a reintroduced native Atlas sheep) also generated visits for us,” he says.

who is going to come to a burned place?

who is going to want to build a house here?

It will take years to recover the landscape and the activity », he resigns himself.

The fire approaches the urbanizations of Pego. DAVID ARENASARABA PRESS

her rural accommodation, La Casota, "with a cultural, artistic and ecological approach" a year ago.

"We were looking for a project to return to the countryside and we decided to come from Madrid to take back these lands from my uncles," she says as she looks at the smoke in the mountains that she sees from her house.

“No one here is going to have it easy.

It is an unpopulated area, geographically isolated and aged.

The landscape that burns is not only orography and vegetation, it is also the future of the people who fill it with life », she warns.

That life had been reoriented in recent years.

Agriculture and livestock are barely maintained in the area due to their low profitability, although there are groups such as

that try to maintain sheep grazing to alleviate the forest mass and clean roads.

That would have slowed down the advance of the flames, but there is no generational change.

“The end is in sight because the average age of farmers is 60 years.

If these valleys are still alive, it is because of the interest in agrotourism, because people get tired of the beach and come to discover the interior", explains

, president of the Regulatory Council for Montañas de Alicante cherries.

Cherry and olive trees are the only crops, because the almond trees were "taken away by the xylella".

The mountain terraces are small and, like them, the yield.

"The cherry was maintained, but for three years, with the changes in temperature, it has not been produced," he laments.

«However, the agricultural yield has been compensated by the activity generated by the visits or the motorcycle or bicycle routes to see the cherry blossoms.

And that is now going to be affected for a while.

But it has been happening for centuries: it burns where there is a forest mass."