Schools in Ukraine open for the fall semester

The last time the corridors and classrooms were filled with students was February 23, the day before Russia invaded Ukraine. Now several schools in Ukraine are preparing to receive students again. - We really miss our students, says principal Ihor Tjerevko. 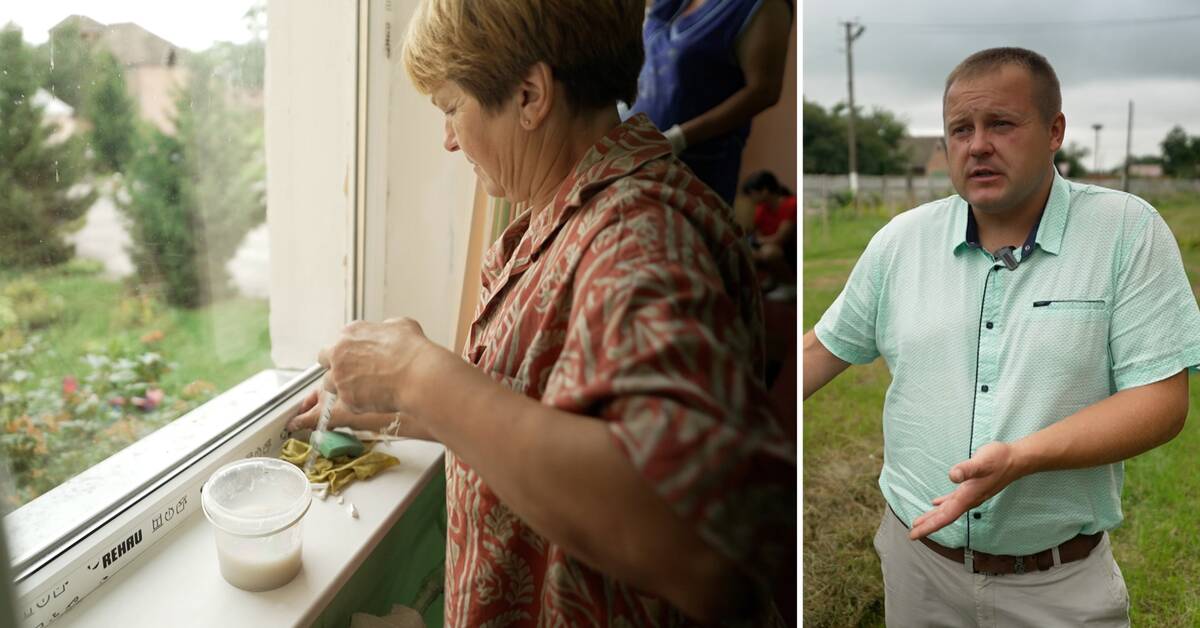 About twenty broken windows have been replaced and bullet holes in the walls are plugged and painted over.

Several adults from the village on the outskirts of Chernihiv in northern Ukraine are present and helping before the start of school.

A kind of fresh start for both the school and the students.

Makeshift classroom in the basement

In addition to covering the traces of the war, the basement is also being prepared.

For a school to be allowed to open, it must be equipped with a shelter that can accommodate all children and all staff.

- The flight alert can last anywhere from ten minutes to a couple of hours, it's impossible to predict, says principal Ihor Tjerevko.

When the Russian military marched into the village of Ivanivka in early March, 168 people hid in the basement.

- This room will be able to function as a classroom.

We have renovated most things and will arrange the electricity and set up both the blackboard and the television, says Ihor Tjerevko, pointing with his whole hand.

In another room, another emergency exit is excavated.

- That was the only thing we broke down, that there was only one exit.

According to the UN refugee agency UNHCR, two out of three children from Ukraine are fleeing the war.

- Most of the children who go to this school have returned, there are a total of three who are in other countries, says Ihor Tjerevko and points out that away is good but that home is always best, despite the circumstances.

The official start of school in Ukraine is September 1, and those schools that are not in conflict areas and that meet the Minister of Education's requirements will then be able to open.

- The war continues but life also goes on and children need to get their education, says Ihor Tjerevko.