The Minister of Education, Pilar Alegría, will launch a "climate adaptation" plan. in schools to deal with the consequences of climate change.... 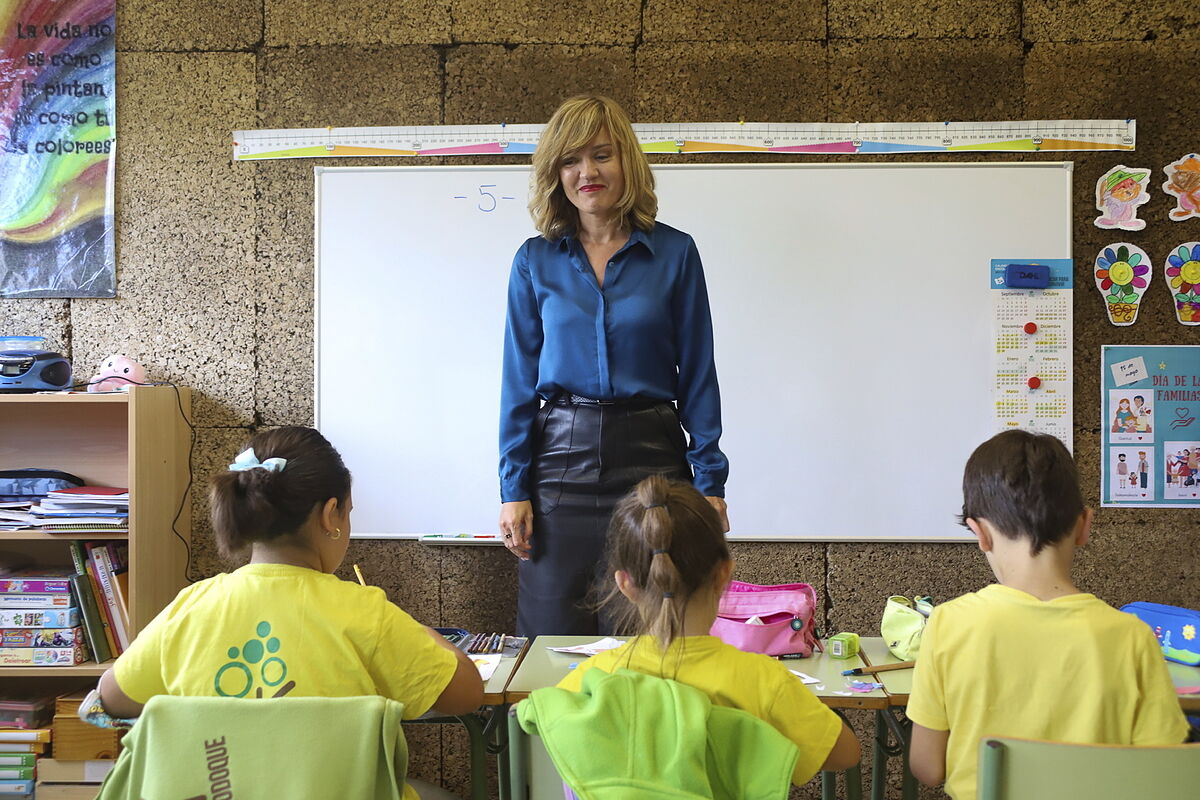 The Minister of Education, Pilar Alegría, will launch a "climate adaptation" plan in schools to deal with the consequences of climate change.

million euros among the autonomous communities to insulate the buildings, install solar panels and equip the centers with air conditioning to protect them against extreme temperatures, especially those of the heat waves.

already proposed at the end of 2020 to the

a project like this, to improve the energy efficiency of schools, budgeted at 300 million euros from European funds, but the team of the then minister Isabel Celaá rejected it, according to sources from the Ministry of Education of the Government chaired by Isabel Diaz Ayuso.

Sources close to Alegría shrug their shoulders and say they were different teams.

They also point out that their idea is to use European funds but also "money from the Ministry itself" and from the Autonomous Communities, "which are the ones with the powers."

for 2023 have been approved. It will not be until then when the distribution criteria and the contribution of each autonomy are defined.

Alegría's initiative seeks to reduce high temperatures in both summer and winter, but it will focus on heat because, as explained by the Ministry, most schools already have heating, but almost none have air conditioners, which will be installed by co-financing them with the Autonomous Communities.

In addition, the insulation of buildings will be improved and energy saving measures and the use of solar panels will be promoted, with the help of the

“Buildings that are energetically sustainable are needed.

We have very old centers and others that are newly built, but with patios that have no shade, no fountains, no trees," denounces

, president of Fapa Giner de los Ríos, who recalls that the

, in collaboration with the

, also asked Celaá for a national school environmental health plan, to no avail.

The Madrid Government, for its part, proposed to Celaá a plan to "lead the sustainable transformation of centers through energy efficiency" in order to make "improvements in the thermal insulation of buildings, renovation of heating systems , installation of photovoltaic, aerothermal and geothermal systems and installation of intelligent regulation systems", according to the document that details the project, with an expected investment of

to be executed in three years that could have been obtained from the Recovery and Resilience Mechanism from the EU.

Madrid proposed to the Ministry that, "better than investing in innovation classrooms, the first thing was to renovate some educational centers that were from the 70s."

«They told us that the resources had been given for digitization, FP or school orientation and that that was what there was.

We were not given the opportunity to modify anything.

and that the Autonomous Communities had no possibility of proposing what to spend or invest in," sources from the Community of Madrid specify.

Yesterday, the educational community welcomed the plan now proposed by Alegría, although it said that "we will have to see the small print", in the words of Morillas, who asked to put schools at 27 degrees in summer and no more than 19 degrees in winter. because now temperatures are reached much higher or much lower and that would imply adapting the buildings».

Schools have been excluded from the obligation to limit temperatures that affects public buildings and commercial spaces.

Alegría has not yet specified "if there will be any specific action when September arrives" about the schools.