Countdown to The House of the Dragon: all the keys to the long-awaited Game of Thrones prequel

It's early morning and the facade of the Hotel Sofitel Legend The Grand dazzles with its perfect classic Dutch style. Tourists dodge cyclists and a few early risers... 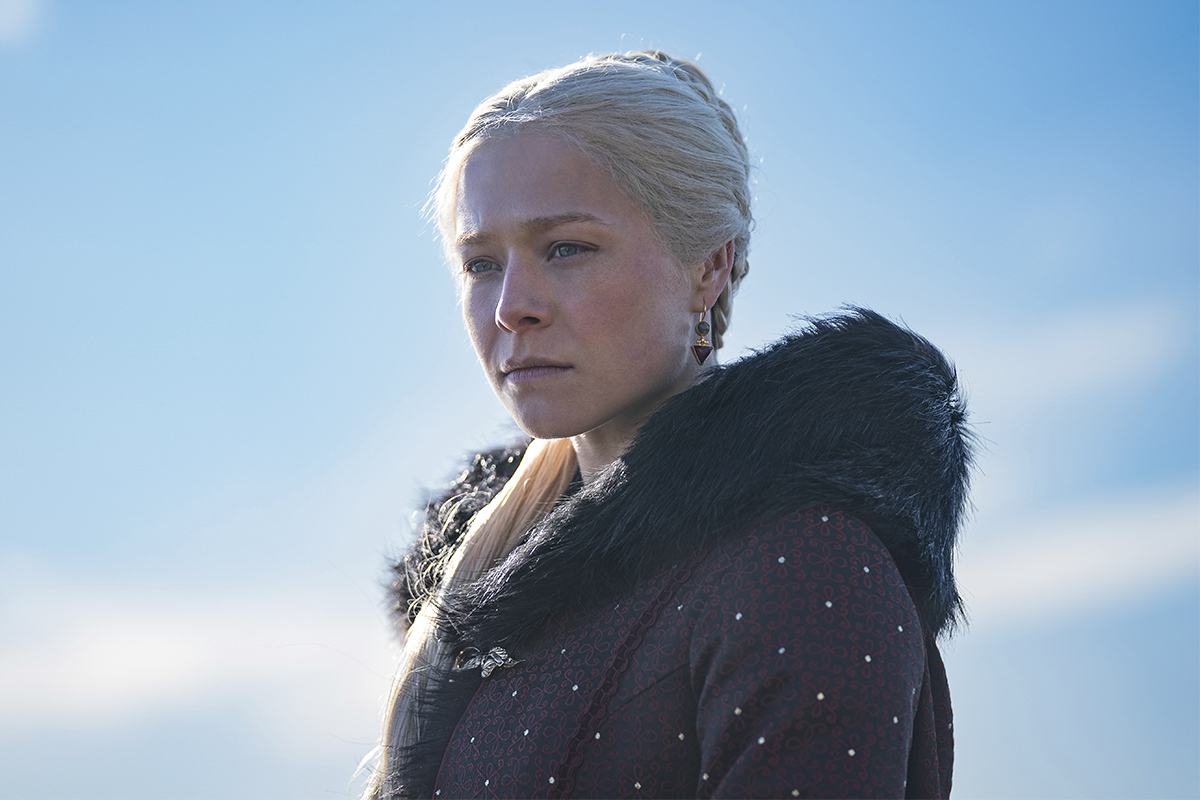 It's early morning and the facade of the Hotel Sofitel Legend The Grand dazzles with its perfect classic Dutch style.

, who wait behind the door of the building for the flood of journalists from all over the continent.

It's the day of the European premiere of

which opens next Sunday (Monday in Spain).

The story is set 200 years before the original and 33 million viewers (those were the figures for the last season) after.

In the atmosphere there is a mixture of nerves, desire and... a few questions.

WHAT IS IN GAME?

The reception of the public could determine nothing less than the future of the franchise.

Its success would assure the platform that viewers are craving more stories, which could lead to many more series set in Westeros.

, HBO Max has at least five other projects in development.

The last to be confirmed was

, a series focused on Jon Snow, one of the most emblematic characters in the adaptation of A

- the series of seven books by

- and which will once again feature Kit Harington.

The importance of this prequel is based on the one that

already had for the platform after the success of its eight seasons on the air.

Now the search for his successor is finally over.

is postulated as one of HBO's strongest bets in recent years.

changed the foundations for the success of fantastic genre series, however, its last episode - which also divided critics and viewers - was in 2019. A lot has happened since then.

If the first season completed

WHAT WILL WE SEE?

The House of the Dragon tells the story of the Targaryen dynasty, the most powerful in the history of

, in the middle of the age of the dragons and a little more than two centuries before the time in which

- clash for the crown.

Some elements will interconnect the original series with this one.

The music, some original phrases from the book and a greater care in terms of verisimilitude.

Fantastic yes, but down to earth.

, one of the directors, has promised that fans will “like a lot”.

Before we go any further, let's rewind for a moment.

There were Ryan Condal and George RR Martin.

“What can we expect from the series?” they were asked.

And they did not hesitate:

The writer also referred to the protagonists of the book, and now of the series, as "his children given up for adoption" and, being one of the very privileged few who have already seen the series, admitted that the result seemed "very incredible" ».

Spoiler for George RR Martin: "I am very happy."

The general rule is that if Martin is happy, the viewers will be too.

WHAT HAVE BEEN THE FIRST CONTROVERSIES?

Old and new critics will come together throughout the ten episodes of the series.

George RR Martin, who has already seen the comments and read the emails after the last episode of

, has "learned his lesson" and has immersed himself fully in the series' narrative about the universe that he himself has created. .

In the first controversies to

, some questions have been hinted at in a timid way and others in an impetuous way.

The creators of the show now carry new responsibilities.

An old acquaintance for the most critical of

Here, both the executive producer Sara Hess and the director of the series -the aforementioned Ryan Condal together with Miguel Sapochnik- declare that what we will see (sexual assaults, harassment and other forms of violence against women) will be a faithful portrait of what Martin tells in his book.

For his part, Hess promises that

will not feature explicit sexual violence and will instead focus on "the violence against women that is inherent in a patriarchal system."

Matt Smith has already dropped that "there are too many sex scenes."

, where Henry I was to name a successor.

In this case, he named his only daughter, Matilda, who was removed from the throne by the court after her father died (in the series, one of the most mentioned phrases will be the one that says: «No queen has ever sat on the Throne of Iron").

RR Martin's argument for the show's misogyny is that he doesn't think Westeros is particularly "more anti-woman or misogynistic than real life and what we call history."

However, the same theory does not apply to the character of Steve Toussaint who, being

the only black actor in the sequel

, already received racist and hateful comments on social networks when it was revealed that he would have one of the most important roles in the story of Westeros.

To this, Ryan Coldan responds: "From the beginning we decided to tell an honest truth about the Targaryen dynasty... The idea was that the book accompanied the construction of the series."

They have also introduced some elements to connect with a new audience.

This new installment wants to be more inclusive than its predecessor.

, one of the richest men in the fictional universe.

Condal maintains that it was important for both him and HBO Max to realize that the show was being created in a different cultural world than it was ten years ago;

after the last episode of

: "The rules have changed."

platforms , the development of social networks, changes in society and a new generation as part of the public have led to these new decisions.

WHERE IS THE END?

We asked Ryan Condal how many seasons the series will have and the answer was resounding.

"As many as necessary."

Add the laughs at the end.

What is clear is that war is underway in one of the Seven Kingdoms and that expectations, it seems, will be met...

Throughout the day and after an intense morning of interviews, we moved to the Beurs van Berlage, the former Amsterdam Stock Exchange building and now the resting place of... two dragons.

After the red carpet where the

will pass , prior to the premiere of the first chapter of the series, there is a dark corridor through which absolutely nothing can be seen.

A dragon's breath quickens the pulse in the same way that its roars do.

Holding on to a rope we passed in front of him.

Shrykos?... After the darkness appears the illuminated Iron Throne: the greatest object of desire.

"Nothing is bigger than this," says Steve Toussaint by way of introduction.

His character is Lord Corlys Velaryon, the richest man known in 'The House of the Dragon'.

He is married to Princess Rhaenys, who is the king's cousin and called 'The Queen That Never Was'.

Without a doubt, a key character.

And yet, what has been talked about the most is something else: the color of his skin.

"When he was little and we watched science fiction movies or series," he says, "there were no black characters to represent us.

My friends and I used to make jokes about it: 'That's the future, are we 'aliens'? What do they have planned for us? [laughs].

However, there came a time when you wonder, 'Why don't I see myself on the screen?

One of the first times I was interviewed, someone said:

'It feels good that you're on that big table.

It's important because I have children who will see you.'

When they announced that I would be playing my character, one of the first things I saw on social media was a drawing of the character from the books next to a picture of me.

And then came the insults.

When we were criminals, pirates and slaves in the other series, they were fine with it.

pirates and slaves in the other series seemed fine to them.

pirates and slaves in the other series seemed fine to them.