At the Kalinindorf railway station: the RF Ministry of Defense reported the destruction of a large number of AFU reservists

More than a third of those mobilized in the 10th Mountain Assault Brigade of the Armed Forces of Ukraine deserted, departing in an unknown direction, the Russian Defense Ministry reported. At the same time, more than half of the servicemen of the 3rd battalion of the 66th mechanized brigade of the Armed Forces of Ukraine left their positions in Marinka. Along with this, in the Kherson region, more than 40 nationalists and ten pieces of equipment were liquidated by high-precision strikes of the Russian Aerospace Forces, and over 30 Ukrainian soldiers in the Slavyansk region. In addition, as a result of air strikes, missile troops and artillery, a large number of servicemen of the reserve of the Armed Forces of Ukraine, weapons and military equipment, who arrived for unloading at the Kalinindorf railway station, were destroyed. 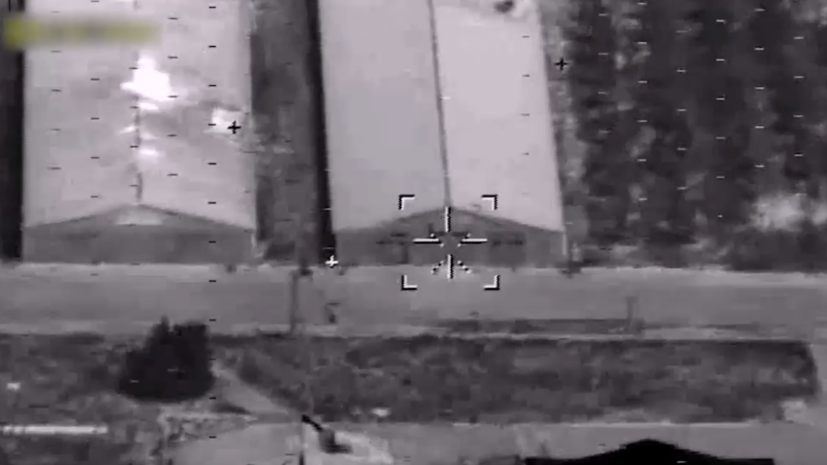 The official representative of the Russian Ministry of Defense, Lieutenant-General Igor Konashenkov, during the next briefing, said that the Ukrainian armed formations were suffering significant losses.

Thus, more than 40 nationalists and ten units of special vehicles were destroyed by high-precision strikes by the Russian Aerospace Forces in the Kherson region.

The ammunition depot of the 95th Airborne Assault Brigade in the Slavyansk region was also hit, as a result of which over 3,000 122-mm artillery shells, mines, and more than 30 nationalists were destroyed.

“In Soledar, during the understaffing of the 10th mountain assault brigade of the Armed Forces of Ukraine, more than a third of the mobilized citizens arbitrarily left their units, departing in an unknown direction.

The staffing of the brigade with personnel due to large losses remains less than 50%.

In the Marinka region (DPR), due to heavy losses and a shortage of ammunition, more than half of the servicemen of the 3rd battalion of the 66th mechanized brigade of the Armed Forces of Ukraine left their combat positions without permission and left the area of ​​hostilities,” Konashenkov added.

As a result of air strikes, missile forces and artillery, a large number of servicemen of the reserve of the Armed Forces of Ukraine, weapons and military equipment, who arrived for unloading at the Kalinindorf railway station in the Kherson region, were destroyed, as well as nine depots of rocket and artillery weapons and ammunition, three fuel depots.

The Ukrainian military fired three rockets from a HIMARS multiple launch rocket system at Pervomaisk, killing a man born in 1961 and injuring three civilians, including a child born in 2018.

This was reported by the press service of the Prosecutor General's Office of the Luhansk People's Republic.

There was also a collapse of the seventh, eighth and ninth floors of an apartment building.

“Based on the results of the audit, a criminal case was initiated on the grounds of crimes under Parts 1 and 2 of Art.

439 of the Criminal Code of the LPR (“Use of prohibited means and methods of warfare”), art.

In the Dzhankoy region in the north of the Crimean peninsula, the detonation of ammunition stopped after a sabotage in one of the military units.

This was announced by the head of the administration of the Dzhankoy district Inna Fedorenko.

“Yes, everything is calm,” TASS quotes her.

On August 16, near the village of Mayskoye in the Dzhankoysky district of Crimea, ammunition was detonated at a military depot.

As noted in the Ministry of Defense, the cause of the incident was sabotage.

Explosions caused damage to a number of civilian facilities, including power lines, a power plant, a railway track, as well as a number of residential buildings.

As a result of the incident, two civilians were injured.