In the spotlight: the start of the presidential campaign in Brazil

Americas press review In the spotlight: the start of the presidential campaign in Brazil Jair Bolsonaro, the current president and former president Luiz Inácio Lula da Silva have entered the campaign to run for the presidency of Brazil. PA Text by: Christophe Paget Follow 5 mins Advertising Read more “  The two main candidates in the race for the Palacio do Planalto, President Jair Bolsonar 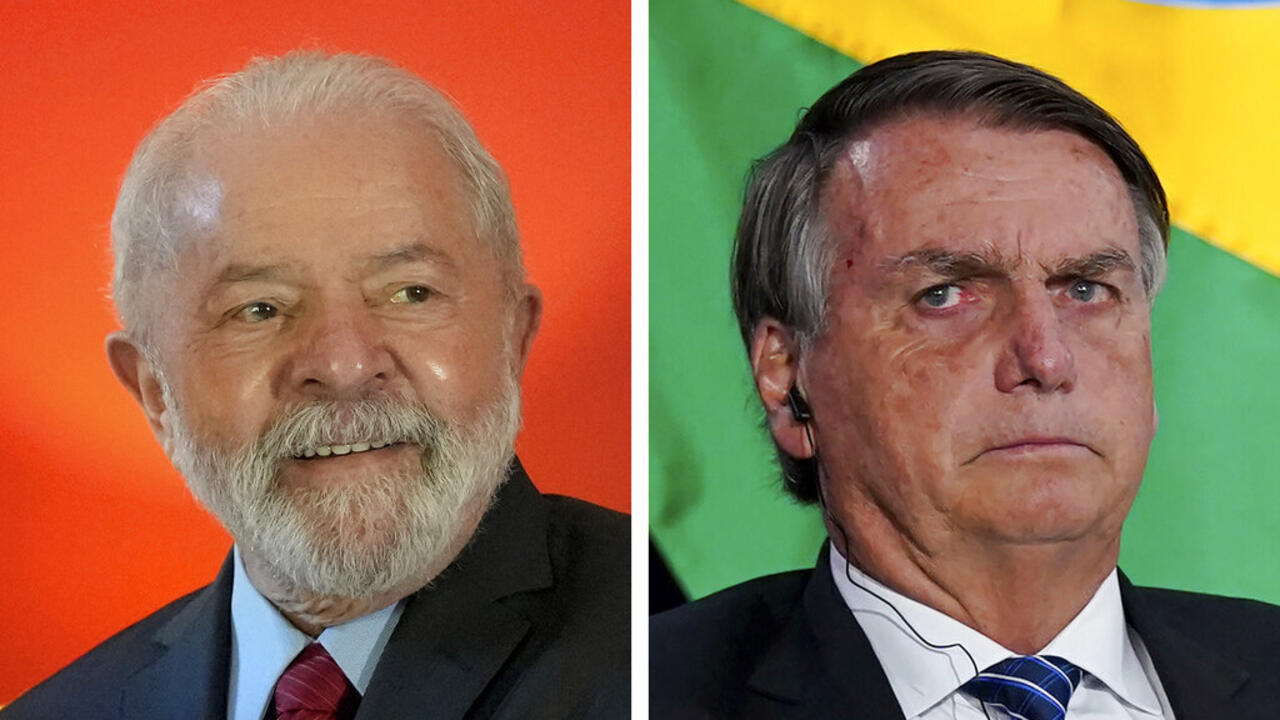 In the spotlight: the start of the presidential campaign in Brazil

Jair Bolsonaro, the current president and former president Luiz Inácio Lula da Silva have entered the campaign to run for the presidency of Brazil.

The two main candidates in the race for the Palacio do Planalto, President Jair Bolsonaro and former President Lula, have chosen symbolic places for the first day of the electoral campaign

Bolsonaro travels to Juiz de Fora, where he suffered a stabbing in 2018;

and he must make a speech "

at the very place where he was struck

Objective, according to his allies: "

to revive the effervescence which marked the electoral race that year

", and which led him to victory.

The left-wing candidate Luis Inacio Lula da Silva, for his part, chose a factory in São Bernardo do Campo, in the ABC Paulista region, his political cradle.

street mobilizations, with marches and flags in all the states

77% of those questioned say they have already chosen their candidate

Lula increases his lead over Bolsonaro

The poll published by

In the event of a second round

But the newspaper notes that the government will now enjoy the most favorable moment of the year:

"negative inflation in the three months before the vote, rising GDP thanks to stimulus measures and falling unemployment

", even if believes the newspaper, “

it is an artificially created environment

Jair Bolsonaro and Lula were both invited to the inauguration on Tuesday of Alexandre de Moraes as president of the Superior Electoral Court.

a central figure for the 2022 election

, for his " combative and firm

In Nicaragua, tension of power around the Catholic Church

In Nicaragua, the priest Oscar Benavidez, parish priest of Espiritu Santo was arrested this weekend.

reproduces the press release from the diocese of Siuna: “

We do not know the cause and the reasons for his arrest.

We are awaiting explanations from the authorities

The daily specifies that "for

the past two weeks, the country has experienced a repressive escalation against the Catholic Church

", with the police who, since August 4, have been blocking the bishopric of Matagalpa, in the North, preventing the Bishop Rolando Alvarez and a dozen priests and lay people.

: the regime accuses him of promoting violence and hatred, “

repression against the Church

”, a condemnation which cannot remain silent, considers the newspaper, in view of the danger that the bishop runs.

Relations between the Catholic Church and the government of Daniel Ortega have been strained since 2018, when protesters demanding the resignation of the president took refuge in churches.

In thirty years, an “

” would cover the center of the United States: this is in any case what the study of a non-profit organization,

, taken up by the

The central United States is not known for the heat of summer, but according to the

tens of millions of people living in this zone could see some temperatures soar above 51 degrees, from northern Texas to Louisiana to Illinois and Indiana.

Located between the Appalachians and the Rocky Mountains, this region forms a kind of bowl that channels humidity, which increases temperatures.

Specialist Jaime Gonzales believes in the newspaper that this study “

The Academy of Oscars apologizes to Sacheen Littlefeather

It's 1973, at the Academy Awards, and Marlon Brando has just been declared the winner of the Best Actor Oscar for The Godfather.

But it's Sacheen Littlefeather, a young Indian, who comes on stage.

She explains that Marlon Brando cannot accept this award, because of the way Indians are treated by the film industry.

The young woman is immediately booed by part of the room, recalls the

She says actor John Wayne even wanted to get on stage to hit her, writes the

In its letter, the Academy points out that the actress, who had hitherto appeared in a few films, was then "

professionally boycotted and discriminated against for 50 years

“for what she suffered.

We Indians are very patient people

“, reacted Sacheen Littlefeather in a press release taken up by the

The Academy had sent the text last June, but revealed it on Monday, to announce an event dedicated to Sacheen Littlefeather, which will take place on September 17 at the Academy Museum.