At least 20 dead after bus accident in Pakistan

At least 20 people have died in a bus accident on the outskirts of the city of Multan in the province of Punjab in Pakistan. 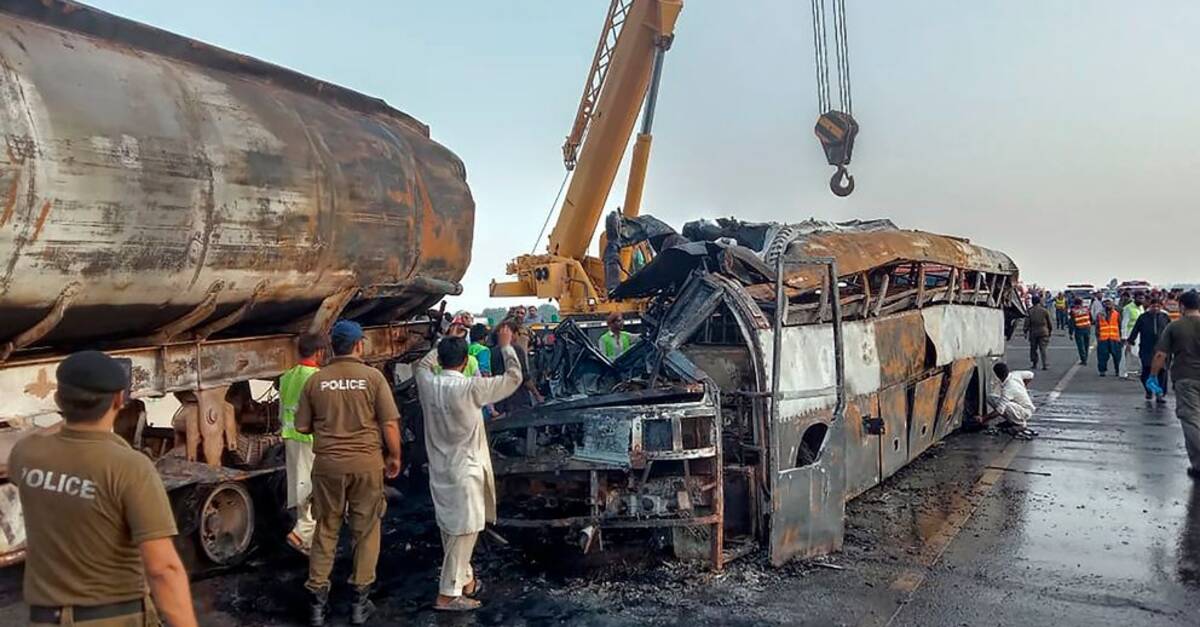 The bus caught fire after colliding with a tanker carrying oil.

Another six people were injured in the accident, according to the police.

Pictures from the scene show how the police and emergency services are working on the remains of the burned-out bus wreck.

Fatal road accidents are common in Pakistan as a result of poor roads, poorly maintained vehicles and violations of traffic rules.