This summer, twelve young people have worked for Region Gotland picking up trash with the help of electric bikes. The venture has proven to be very successful and they now hope for a continuation next year. 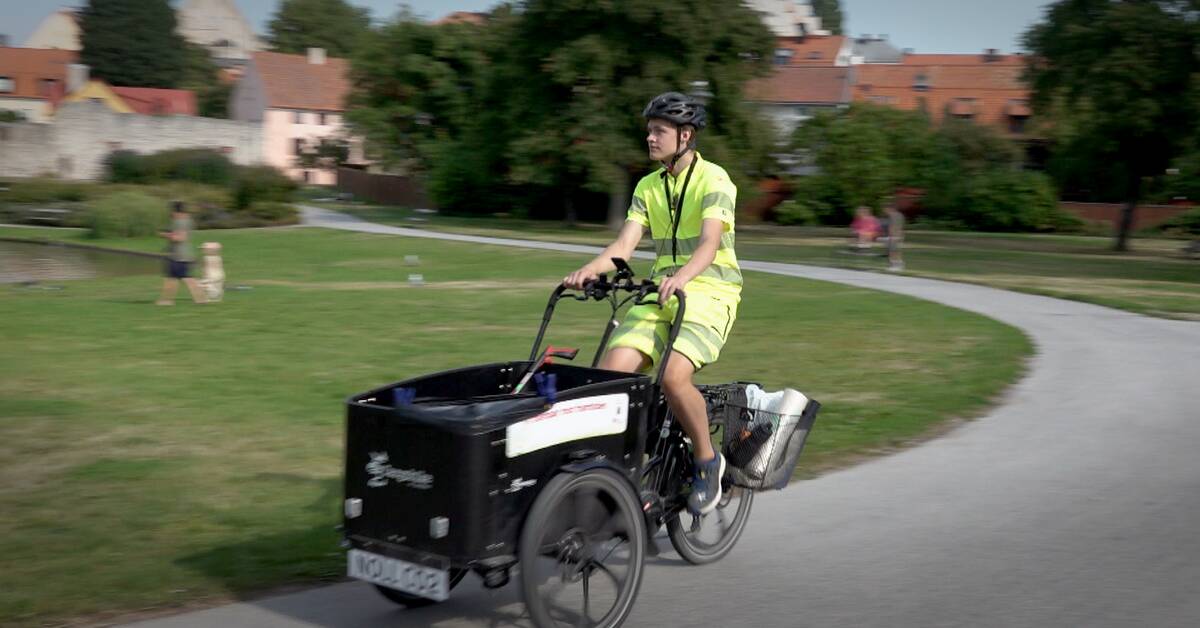 - We had incredible problems last summer.

We had a lot of rubbish on the promenade mainly.

We saw the problem and thought we had to solve it somehow, says Git Fischer supervisor at the Technology Administration within Region Gotland.

The solution was to hire about ten young people who, with the help of electric box bikes, have cycled around to various places in Visby to pick up rubbish.

Thomas Wallentin is one of them.

He likes the summer job and says that they get some reactions when they are out on their bikes.

- Most are older people who say, "How good that you are doing this, the city is so nice!", he says.

In the clip above, Thomas tells more about the job.