Six months to leave Mali, bet held for the soldiers of Barkhane

The last French soldiers of the Barkhane force have officially left Mali. Almost six months to the day after President Emmanuel Macron's announcement, they spent, on the morning of… 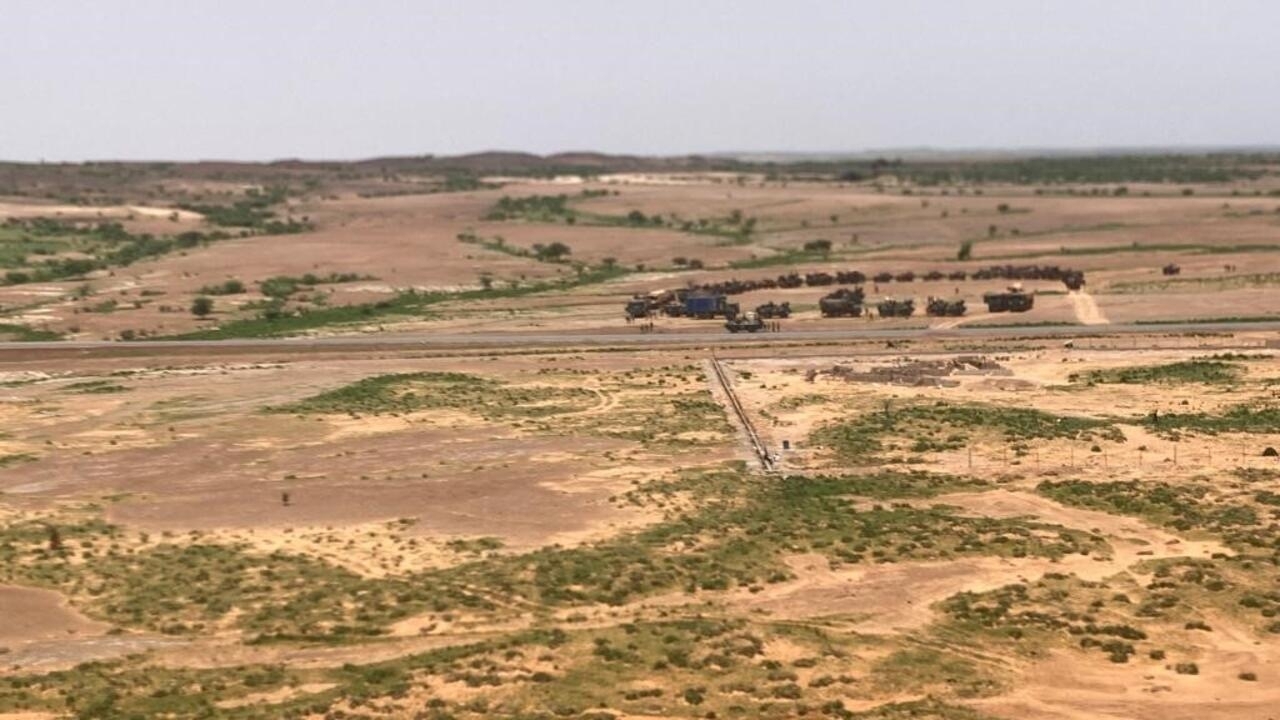 Six months to leave Mali, bet held for the soldiers of Barkhane

The last convoy of Operation Barkhane in Mali crossed the Niger border on August 15, 2022 at 10:15 a.m. UT (Universal Time), ending more than 9 and a half years of French army presence in this country.

The last French soldiers of the Barkhane force have officially left Mali.

Almost six months to the day after President Emmanuel Macron's announcement, they crossed the Nigerien border on the morning of Monday August 15, ending more than nine and a half years of French army presence in Mali.

It was at 10:15 a.m. UT (Universal Time) that the last French soldiers crossed, on Monday August 15, the Labbézanga border post, which separates Mali from Niger.

We were able to fly over this last convoy of the Barkhane force in Mali in a French army helicopter, after its arrival on Nigerien territory.

The last convoy of the #Barkhane operation in #Mali crossed the Niger border at 10:15 GMT, ending more than 9 and a half years of French army presence in this country pic.twitter.com/9dGlUMZNAr

A convoy of around fifty armored vehicles left Gao overnight, before crossing the 200 kilometers that separate the big city in northern Mali from the border.

These men, numbering around 300, mostly legionnaires and paratroop marine troops from the Monclar Desert Tactical Group, were tasked with securing the Gao base until it was transferred to the Malian Armed Forces (FAMa).

A transfer now effective since August 15.

Captain Yann is one of these soldiers.

Gao, we've been there for eight years.

And we've been in Mali since 2013. We're at the end of a chain, because we're closing Gao and leaving Mali in the same movement.

We necessarily think of our 59 comrades who fell here.

It is our mission to close it (this camp, editor's note) properly, with honor, to complete the work of those who preceded us.

With honor, that means leaving leaving behind a good image of France, which has a long history with Mali.

A story that is not only negative.

We brought a lot of things to this country, we see it every day while patrolling the city.

The exchanges with the populations are quite simple and healthy.

Leaving with honor means staying true to our values

► To read also: Departure of the last French soldiers from Barkhane in Mali, France "remains engaged in the Sahel"

This transfer puts an end to more than nine and a half years of presence of the French army in Mali.

It is also a financial balance sheet which is measured in billions of euros: 5 billion for the period 2015-2020 alone.

There are also some notable military successes, such as the elimination in June 2020 of

, the leader of al-Qaeda in the Islamic Maghreb (AQIM), and that, just a year ago, of

, the leader of the Islamic State in the Greater Sahara (EIGS) group.

In recent weeks, in fact, Mali has been facing an

And no later than Saturday, August 13, in the Ansongo region, Barkhane soldiers killed two armed men who had opened fire in their direction.

Undoubtedly one of their last missions in this country.

A man was in charge of the evacuation and restitution to the FAMa, the Malian Armed Forces, of the Gao base, the largest of the French army in Africa: Colonel Yves Gastine.

He is the representative in Gao of Force Commander Barkhane.

He leaves with the feeling of mission accomplished, but not without concern for the future of Mali.

The departure of Barkhane will create a vacuum.

I only hope for one thing: that the Malian government will be able to take everything into account to continue to fight against the GAT [groups armed terrorists, editor's note].

But it is clear that our departure will open corridors for the jihadists who will continue their evil work.

These are also some notable military successes, with the elimination of several jihadist leaders.

But Barkhane's departure is also taking place in an unprecedented anti-French climate and in a context of an upsurge in attacks by armed terrorist groups.