Angel Di Maria, scorer for his debut in Serie A, and Dusan Vlahovic, author of a double, perfectly launched Juventus against Sassuolo (3-0), Monday, at the end of a 1st day also marked by… 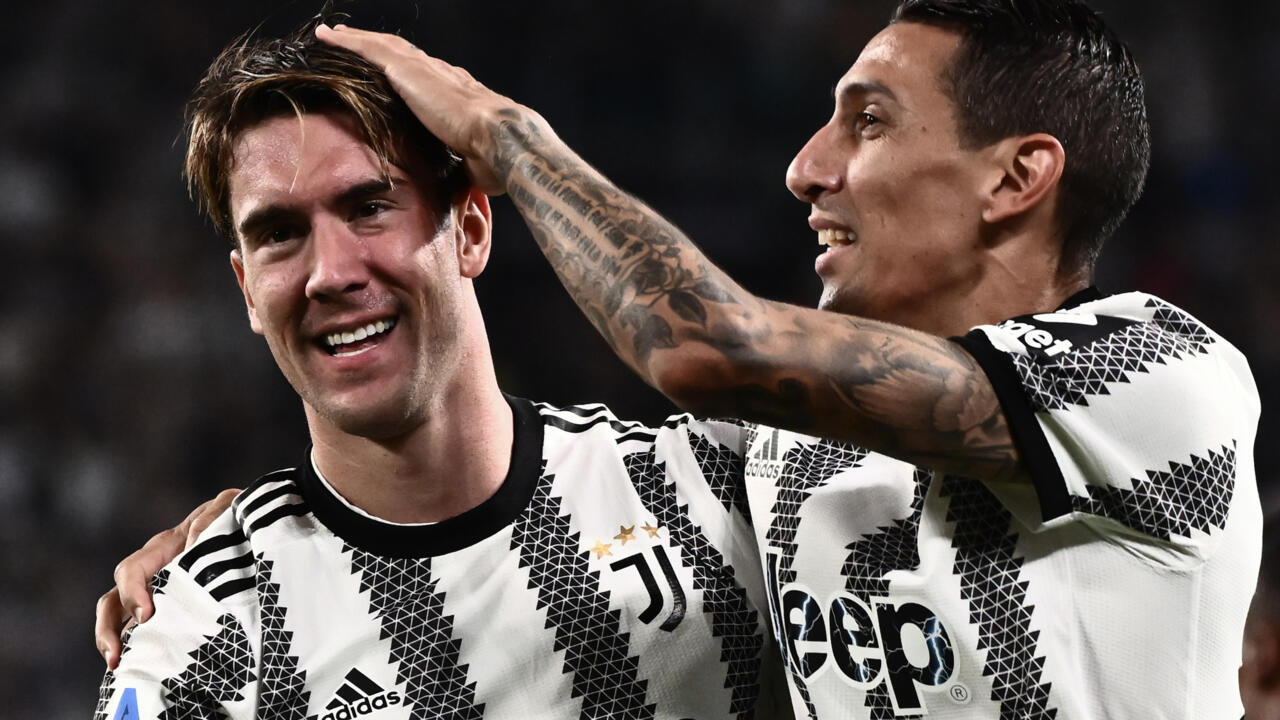 The Serie A roller coaster started on time: from defending champions AC Milan to Atalanta, last season's top eight all started with a win.

This prolific inaugural day (34 goals) was however tarnished by some racist cries towards the Nigerian striker of Napoli Victor Osimhen in Verona and, off the field, failures in the television broadcasting of the championship by the DAZN platform.

The tifosi juventini, not very reassured by the slap inflicted by Atletico Madrid de Morata (4-0) during the last friendly, were able to breathe: Juve is there and its attackers too.

Angel Di Maria, who arrived this summer from Paris SG, presented himself to his audience with a nice volley to open the scoring (26th).

Then Dusan Vlahovic, not in great shape during the preparation, doubled the bet on a penalty which he himself obtained (43rd).

The Serb was completely reassured by scoring again after the break, served by Di Maria (51st): he joined the top scorer in Ante Rebic (AC Milan), the only other to have scored twice this week-end.

Sassuolo however did not deserve with paradoxically more possession of the ball and several hot situations in front of the cage of Mattia Perin, holder in the bianconera cage in the absence of Wojciech Szczesny, injured.

But this Juve was too strong, determined to avoid the failed start of last year which had prevented them from fighting for the scudetto.

The only bad note for Massimiliano Allegri: the grimacing exit of Di Maria (66th), hit in the left thigh.

The few racist cries that targeted Osimhen in Verona, like last year, did not destabilize an already dashing Naples.

Koulibaly, Insigne and Mertens are no longer there, but Osimhen remains sharp and the newcomer on the left wing, the young Georgian Khvicha Kvaratskhelia (21), is already comfortable, scorer and passer.

As in their initial slap (1-4) against Serie B side Bari in the Italian Cup a week ago, Hellas nevertheless scored first through Kevin Lasagna (29th), and managed to equalize on recovery thanks to Thomas Henry (48th).

But the club also relieved of some important players, including Giovanni Simeone expected soon in Naples, did not go the distance in a very rhythmic match.

Naples reversed the situation on a header from Kvaratskhelia (37th) then a recovery from Osimhen (45 + 3rd).

"It's important to start well, because we lost key players, real leaders. It's up to us to take matters into our own hands," Osimhen said on DAZN.